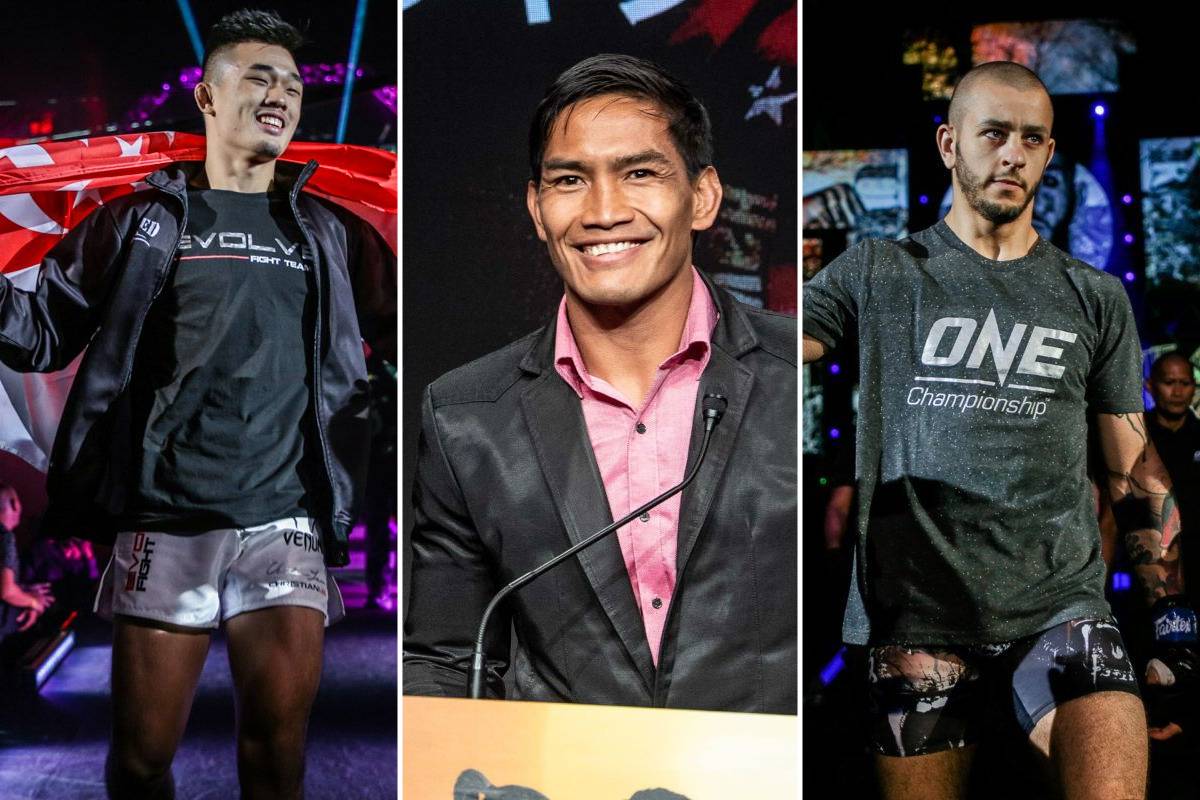 Besides competing at ONE: Inside The Matrix himself, Filipino martial arts icon and former ONE Lightweight World Champion Eduard “Landslide” Folayang has a vested interest in the evening’s proceedings — particularly in the card’s co-main event.

Reigning ONE Lightweight World Champion Christian “The Warrior” Lee of Singapore will make the first defense of his world title against undefeated challenger Iuri Lapicus.

It’s a match-up Folayang is keen to watch closely, since it will determine the future of the lightweight division. The 36-year-old “Landslide” is leaning towards picking the younger guy to take home the victory.

“This is a good fight between Christian Lee and Iuri Lapicus. The two top guys in the division, evenly matched. As a fan of martial arts, I’m excited to watch this. I don’t know if I will be able to watch it live, but I know I will watch it eventually. It’s a battle between a great striker and a great grappler. However, I think Christian is the more well-rounded fighter,” said Folayang.

“This is Christian’s first title defense since capturing the belt and the Grand Prix title, so it will be a good test for him. A victory will no doubt add to his legacy. He’s still young and has a lot of mileage left in him. I can see this young man going far.”

Lee has been on an absolute tear since making his professional mixed martial arts debut for ONE Championship in 2015. He’s strung together a series of spectacular finishes, and has established himself as one of the most explosive young fighters of the modern era, for any promotion.

On the other hand, Lapicus is a Moldovan wonder, unbeaten and undeterred since turning professional in 2014. He trains in Italy with brothers Armen and Giorgio Petrosyan, which has added striking to complement his dangerous grappling game.

But despite Lapicus’ strong pedigree in the grappling department, Folayang believes it may not be enough to beat Lee.

“For Lapicus, it’s a chance to shock the world, keep his unblemished record intact, and snatch the lightweight title for himself,” said Folayang.

“Iuri is a great grappler, so it might be difficult for Christian to submit him. But being more well-rounded, I see Christian winning this fight in all aspects. It’s a good match-up but I think Christian takes it.”

Folayang himself will appear on the same card much earlier in the night. He takes on Antonio “The Spartan” Caruso in a three-round mixed martial arts contest.

The “Landslide” is in a must-win situation after losing three of his last four contests. Still, he remains confident he can pull out the victory and make another championship run.

“I’m still strong, I’m still hungry. I’m improving every single day. I’ve always said, a martial artist is like a fish and the cage is like water. Take a fish out of the water and it will die. Martial arts is my life, it’s my passion. I will try my best to make another run at the title, and if God is willing, I will accomplish it,” said Folayang.

“Right now, I just need to focus on winning this next fight, and then the fight after that.”

In this article:Christian Lee, Eduard Folayang, Iuri Lapicus, ONE: Inside The Matrix