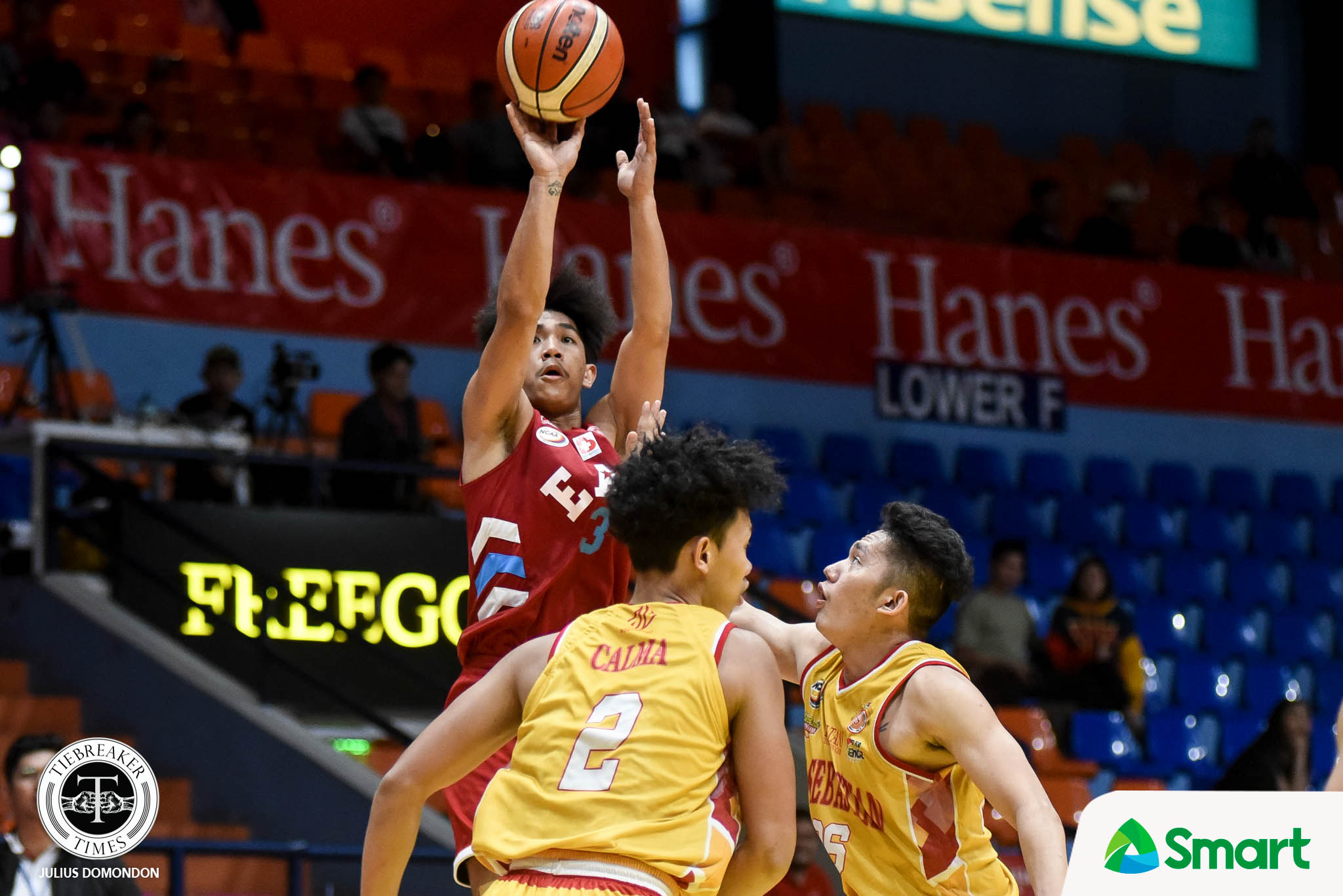 The Emilio Aguinaldo College ended their 76-day misery in the most dramatic of ways, stunning the San Sebastian College-Recoletos Stags, 79-75, in the NCAA Season 95 Seniors Basketball Tournament, Friday at Filoil Flying V Centre.

This was the Generals first win since July 12, an 84-82 stunner against the Lyceum Pirates. But this one felt bigger for first-year EAC head coach Oliver Bunyi.

Still, the Generals had to work hard to end their 10-game skid.

Leading by as much as 12 points, Allyn Bulanadi willed the Golden Stags back, tying the contest with a step-back triple with 1:11 left, 70-all.

Jethro Mendoza was able to get it back with a trey of his own, but Bulanadi won a foul from beyond the arc on Mendoza to tie things up once more.

JP Maguliano — who has been the bane of San Sebastian for the last two years — powered his way inside in the next possession. Scoring on a bucket but failing to convert a free throw, Kriss Gurtiza was able to grab the board to give the Generals another 14 seconds to regroup themselves.

San Sebastian made a good stop by not letting EAC get a clear shot. However, with two seconds remaining in the shotclock, JM Calma suddenly fouled Marwin Taywan. Taywan then sank both free throws to extend EAC’s lead to four with 14.7 ticks left.

RK Ilagan tried to give San Sebastian one last push, but time was not on the Golden Stags’ side.

Taywan and Gurtiza had 16 points each for EAC, with the latter also grabbing seven boards.

It was a tough defeat for the Stags, who lost their third-straight game. They drop to a tie with the Mapua Cardinals for fourth with identical 7-6 slates.

EAC will next face the Perpetual Altas on Tuesday, October 1 at 12:00 nn. San Sebastian, on the other hand, look to snap out of their skid on Thursday against the JRU Heavy Bombers.