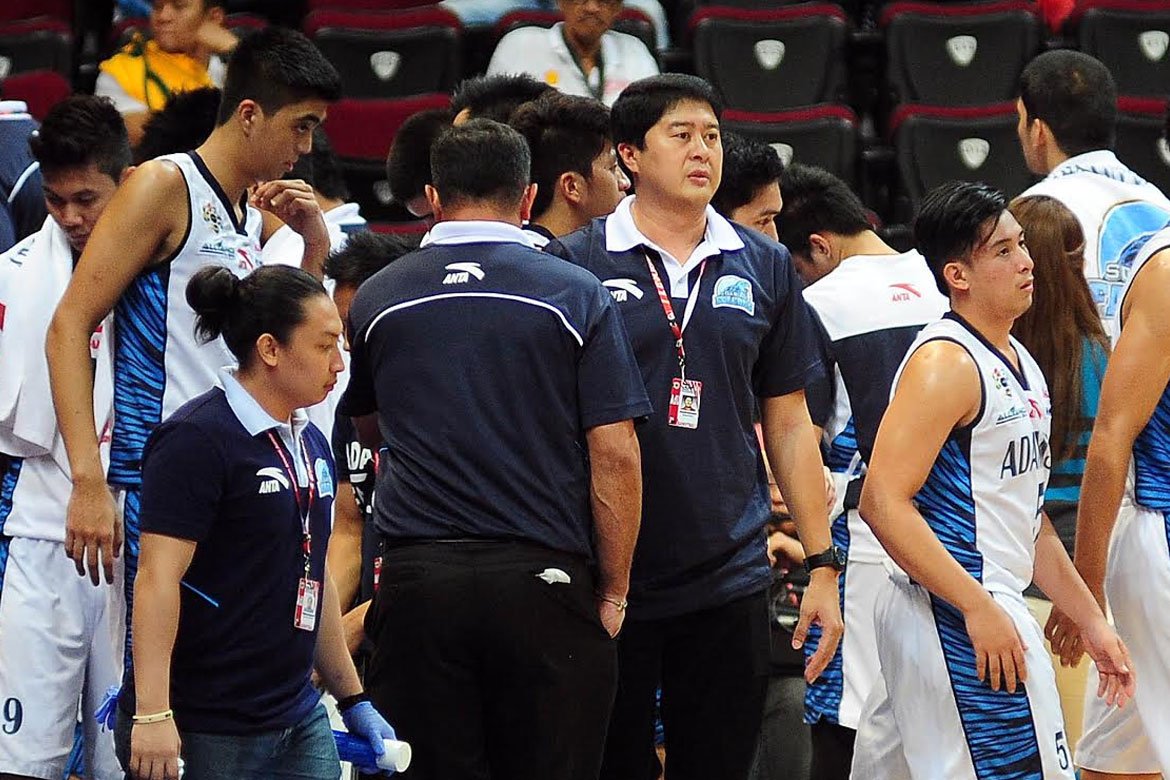 Kenneth Duremdes will forever by synonymous with Adamson University. After all, he was part of the team that led the Soaring Falcons to back-to-back second place finishes in Seasons 55-56 of the UAAP.

But “Captain Marbel” would not have made it to Adamson without the help of another Captain’s father — Angel, the dad of Alvin Patrimonio.

During last Thursday’s episode of Tiebreaker Vodcasts’ The Crossover, presented by SMART Sports, Duremdes looked back on how the elder Patrimonio helped him get to Manila.

“The story behind my basketball career in Manila is like this: Angel Patrimonio, the dad of Alvin, kap Alvin, he is my provincemate. Kababayan ko ‘yan dito, and known as a player during his days. And actually lahat ng family ni Alvin sa fatherside nandito pa ngayon,” Duremdes, who has been in Marbel, South Cotabato since March, shared to veteran journalist Cedelf Tupas.

In his words, Duremdes was the tallest among the prospects in South Cotabato that time. And he had already made a name for himself after dazzling in regional meets and national youth games.

Still, Duremdes’ parents were hesitant to send their son to Manila, so Angel assured them that he would  take care of Kenneth.

Kenneth did not expect that players in Manila would be taller than him. For starters, he had six-foot-nine Marlou Aquino and seven-foot-one EJ Feihl as teammates.

But Duremdes’ will did not waver. And it did help that his Tito Angel was always pushing him.

Some of Angel’s advice was to play the guard position. It turned out to be the best move for him, since he ended up winning Rookie of the Year in the PBL in 1993 and the PBL championship a year later with Burger Machine.

After spending five years in Adamson, Duremdes would be drafted as the third overall pick in the 1995 PBA Draft. He would then go on to win six championships, two Finals MVP, and the 1998 league MVP plum. Duremdes also became a mainstay in the national team from 1994 to 2002.

Duremdes would not leave basketball even after retirement. He became head coach of Adamson during the middle part of the 2010s, before being tapped as the commissioner of the MPBL.

All of this would not have happened without the late Angel Patrimonio, who ended up raising two captains in the pro ranks.