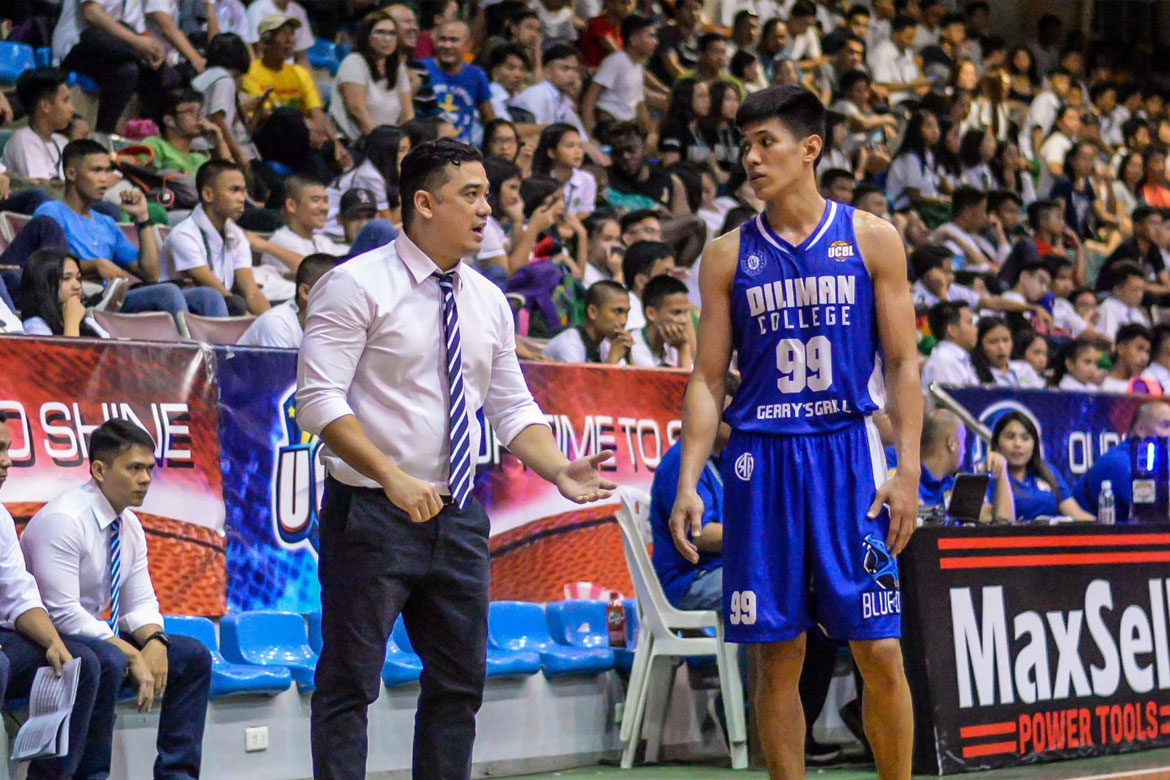 The Diliman College Blue Dragons are assured of at least a playoff for a semifinals berth after routing the St. Joseph College-Bulacan Taurus, 120-67, in the Universities and Colleges Basketball League, Thursday afternoon at the Olivarez College in Parañaque City.

The Blue Dragons got off to a hot start, racing to a 30-7 advantage and never looking back, to log their seventh win in eight games – tied with the Centro Escolar University Scorpions for the lead.

Olivarez College are running third with a 5-2 record.

“Hindi ko muna iniisip yun. We have four games to go. We just take it one game at a time,” said Diliman coach Rensy Bajar when asked about getting a twice-to-beat advantage in the semifinals.

Six players scored in double digits for Diliman, with McArthur John Enriquez leading the way with 19 points. Benin’s Kevin Gandjeto had a double-double outing of 18 points and 14 rebounds to go with four steals, three blocks, and two assists.

The Engineers moved up to 5-3, two games ahead of the Pirates in the chase for the No. 4 ranking.

However, TIP coach Potit de Vera is bracing for a tough match against Diliman on Monday.

“We are not out of the woods yet,” said De Vera. “We have to perform well. We have to put in the killer instinct.”

Senegal’s Papa Ndiaye had 20 points and 17 rebounds, while Bryan Santos chipped in 18 points and five assists for the Engineers.

Lady Bulldogs do not know what losing is like, and they have no plans of feeling it