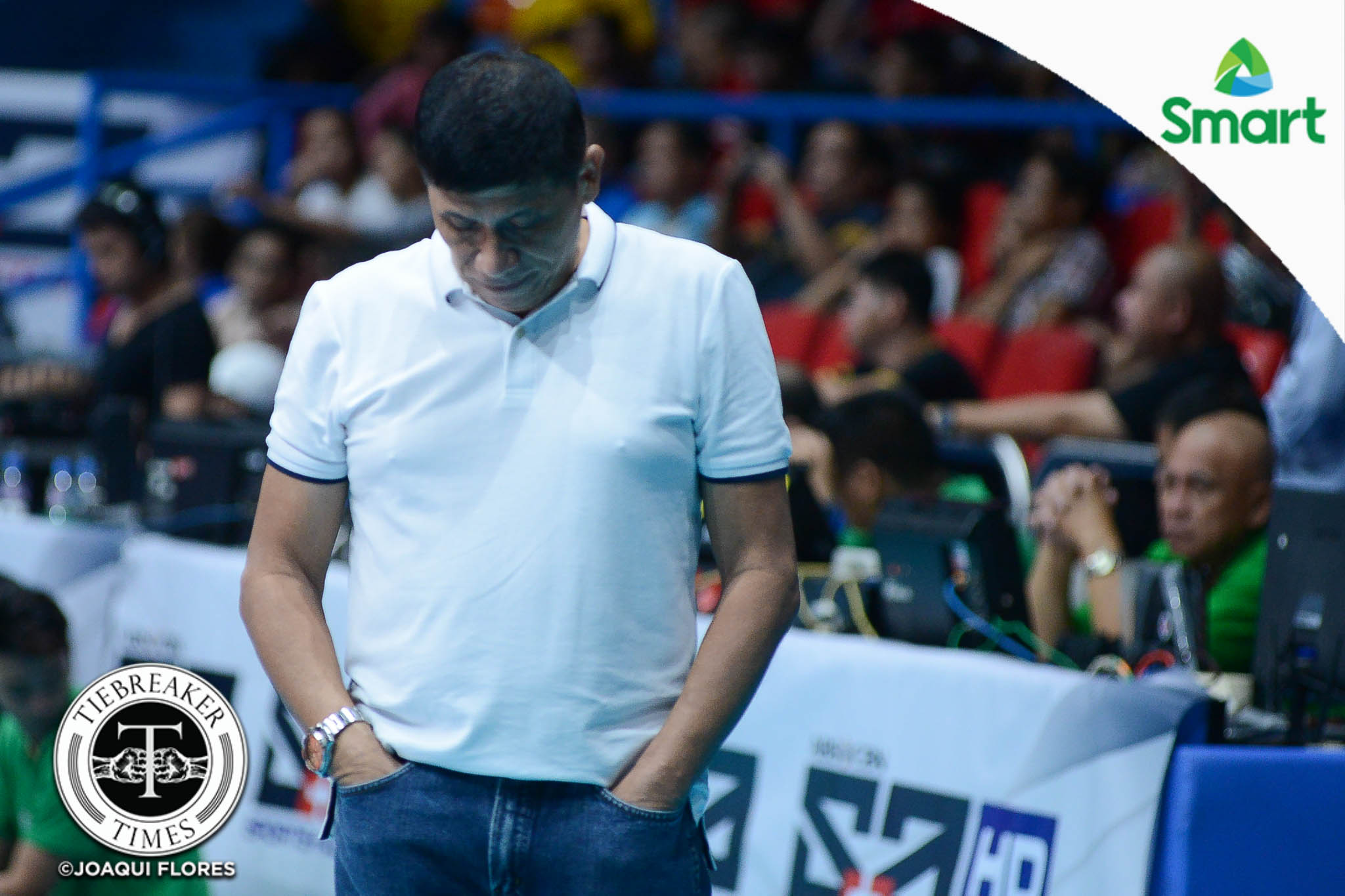 It’s almost unfathomable how the National University Lady Bulldogs have dragged themselves back into the same situation they were in last season.

Last season, after picking up a morale-boosting first-round win over eventual champions De La Salle University Lady Spikers, the Lady Bulldogs spun into three losses in their next four matches. The losing skid eventually cost them a Final Four appearance.

This season, the Lady Bulldogs have managed a similar early-season victory, vanquishing the Ateneo de Manila University Lady Eagles for a 3-0 start. Since then, NU have dropped two straight matches in demoralizing fashion.

Much of NU’s problems, Gorayeb surmises, are in their mental toughness. It has been frustrating for the decorated mentor to coach the Lady Bulldogs to their optimal performance only to have them fall back out of form.

To wake up his wards, Gorayeb has reached deeper into his well of intensity, evident in NU’s televised timeouts.

While the situation seems dire now, there is more cause for optimism than there was last year. Season 78 was filled with controversies in the locker room which Gorayeb felt he could not control. With the graduation of several players and his summer cull of players, Gorayeb feels he has a better grasp on this season’s team.

From this point on, Gorayeb challenges his players to stay intact and help each other get through the season.

After being pressed in practice, Ateneo musters best game against UP