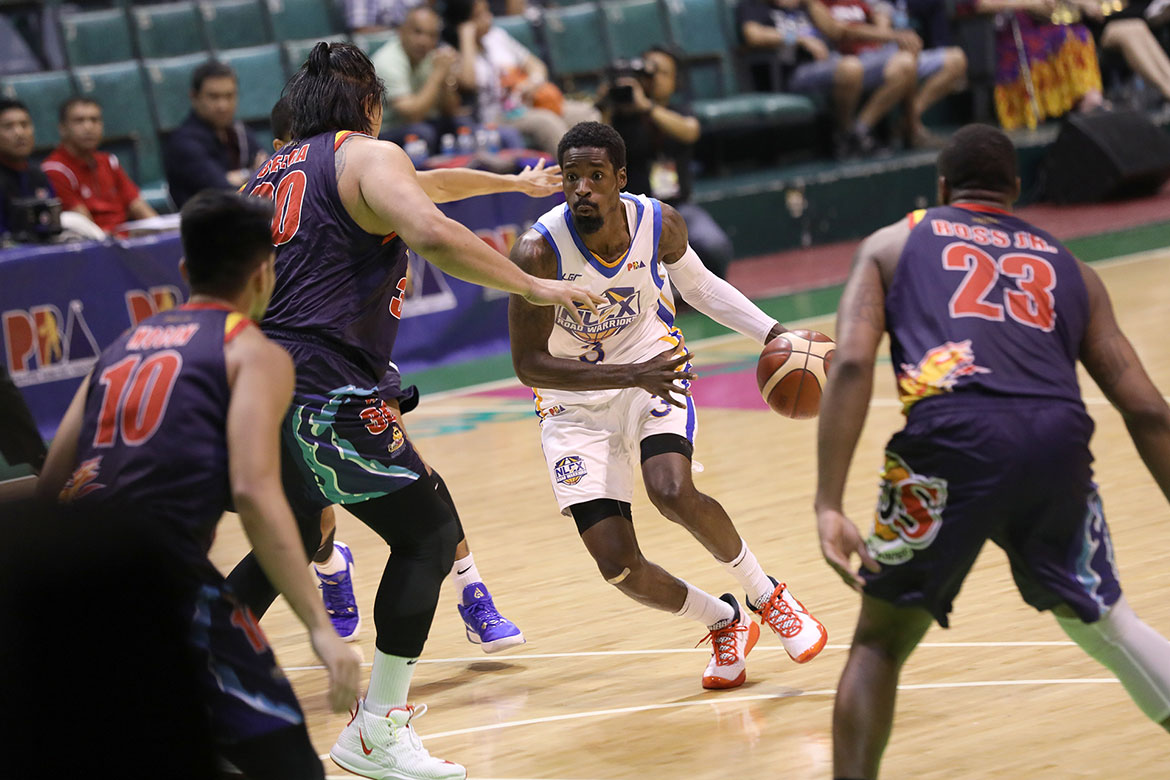 There’s no denying that Manny Harris really knows how to put the basketball through the hoop.

The proof is in his first two games in the PBA with the NLEX Road Warriors. He had 45 points in his debut versus Columbian Dyip, then dropped 40 versus the KJ McDaniels-led TNT KaTropa.

That, of course, is something which coach Yeng Guiao welcomes. But for the decorated bench tactician, he would want to see the 6-foot-3 guard involve his teammates more.

“Nag-uusap kami, sinasabi ko sa kanya… Kasi his first two games were forty-five and forty-two points , sabi ko, ‘You don’t need to score that many points for us to win’,” Guiao shared.

Harris clearly got the memo, going by his performance on Wednesday evening.

The Michigan product made 29 points, 12 rebounds, and 11 assists — the first time he has reached double-digits in dimes — to steer the Road Warriors to a 111-91 rout of the Rain or Shine Elasto Painters.

“Naiintindihan niya ‘yun,” Guiao lauded of Harris, who notched the triple-double in 37 minutes of play. “‘Yung forty-plus points every game is not sustainable. You cannot do that every game.

“We know we have to rely still on the team and move the ball around, and find open people in terms of offense.”

For Harris, he simply did what he could to help the team win. Wednesday’s win means plenty, for the Road Warriors, since they now share leadership of the team standings with TNT (7-1).

“I just try to do whatever to help the team win,” said the Detroit, Michigan native.

“I saw the way they were playing defense on me, meaning other guys were open, so I just try to get them the ball.”