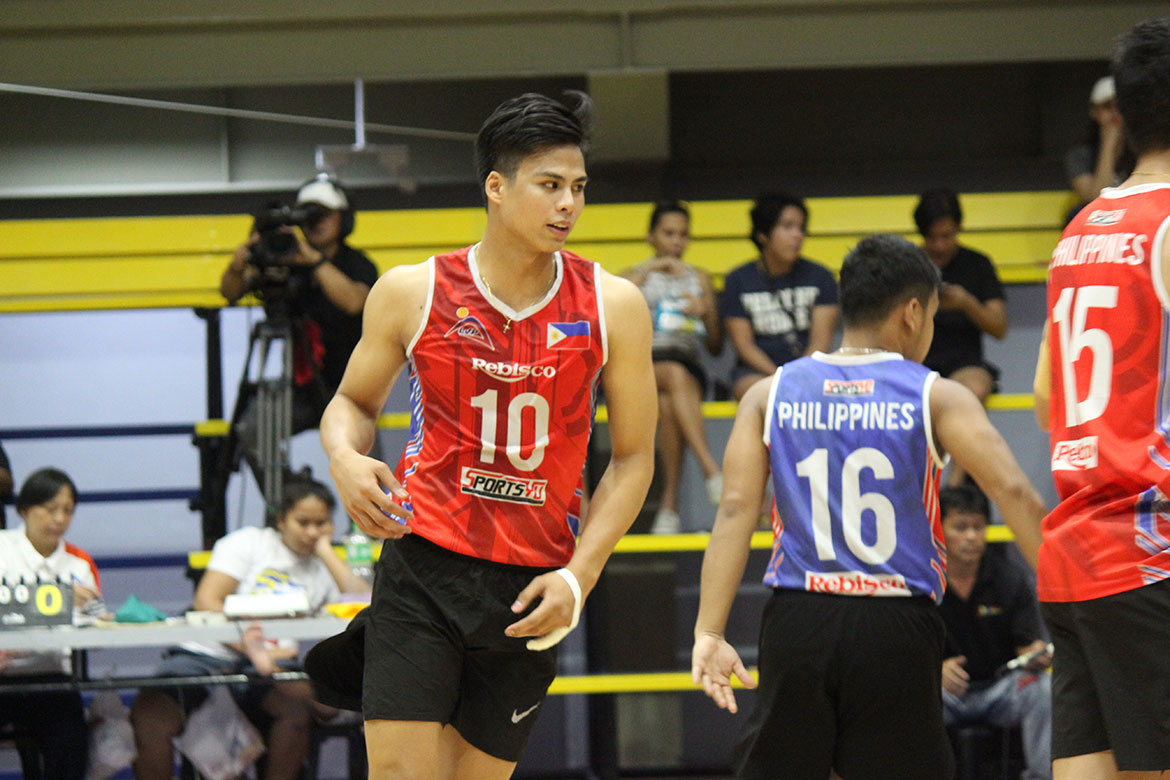 The national team went on to shrug off their slow start and dominated the third set, leading to an Espejo kill, 25-15.

After dropping the following frame, Espejo and De Guzman connived in the deciding set, scoring crucial points to clinch the game.

Greg Dolor and JD Diwa had 16 points apiece for the Sea Lions, who fell to 2-2 in the standings.

Joining Rebisco on top of the standings with an identical 3-0 record are defending champion Philippine Air Force.

Abdilla let loose in a tight second set, delivering the killer blow to break a 23-all tie. An Easytrip error then gave Air Force a 2-0 lead.

In the final set, Kim Malabunga, who had nine markers in the game, completely shut the doors on Easytrip.

Down by one in the deciding set, 12-13, Philippine Army capitalized on the Volley Masters’ service errors which dealt them the victory.

PJ Rojas delivered 18 points and two blocks for the Troopers, while team captain Benjaylo Labide added 17 markers to help his team nab their first win of the conference.

On Thursday, Army takes on Coast Guard to open the triple-header at 1:00 pm. This will be followed by PLDT going up against Sta. Elena at 3:00 pm. Then closing out the day is a titanic showdown between Cignal and Rebisco RP.