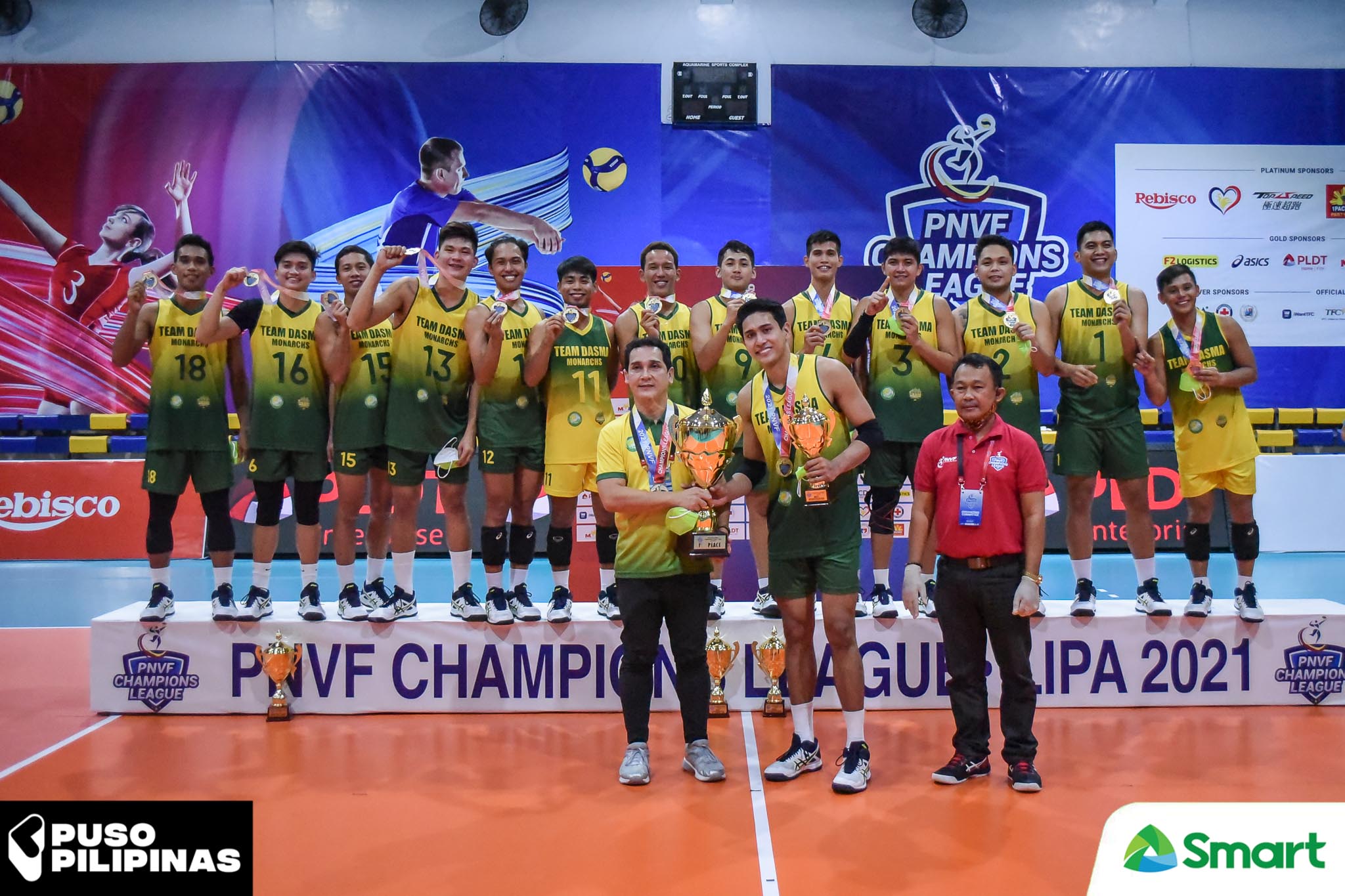 After dropping the first set, the Monarchs came alive in the next two to take a 2-1 advantage over the veteran Aguilas side.

Ronniel Rosales gave Team Dasma a 19-11 advantage in the fourth set off a quick, burying Air Force by as much as eight points — the biggest in the match.

Jayvee Sumagaysay put the Monarchs at match-point, 24-16, but Lloyd Josafat answered with a quick to keep the Aguilas alive.

A service error from Fauzi Ismail ended the match.

Mark Calado top-scored anew for Team Dasma, putting up 18 points all of which came from attacks.

Rosales, who had eight blocks in the contest, and Madz Gampong chipped in 13 points each while Arnold Bautista flaunted his all-around game, collecting 11 points, 16 excellent receptions, and seven excellent digs.

Rence Melgar, meanwhile, was solid on the defensive end with 12 receptions and 10 digs.

On the other hand, John Vic De Guzman’s 22-point outing went for naught as Air Force, who entered the tournament as the clear favorites, crumbled in the finals.

Mark Alfafara added 15 points and eight receptions in the loss while Kim Malabunga had 11. Ricky Marcos provided 20 excellent receptions along with 15 excellent digs.

The Monarchs, who posted an immaculate 3-0 record in the group stage, capped off the tournament without a single loss.

Team Dasma first took out VNS in a five-set thriller in the semis before scoring the huge upset over Air Force in the finale.