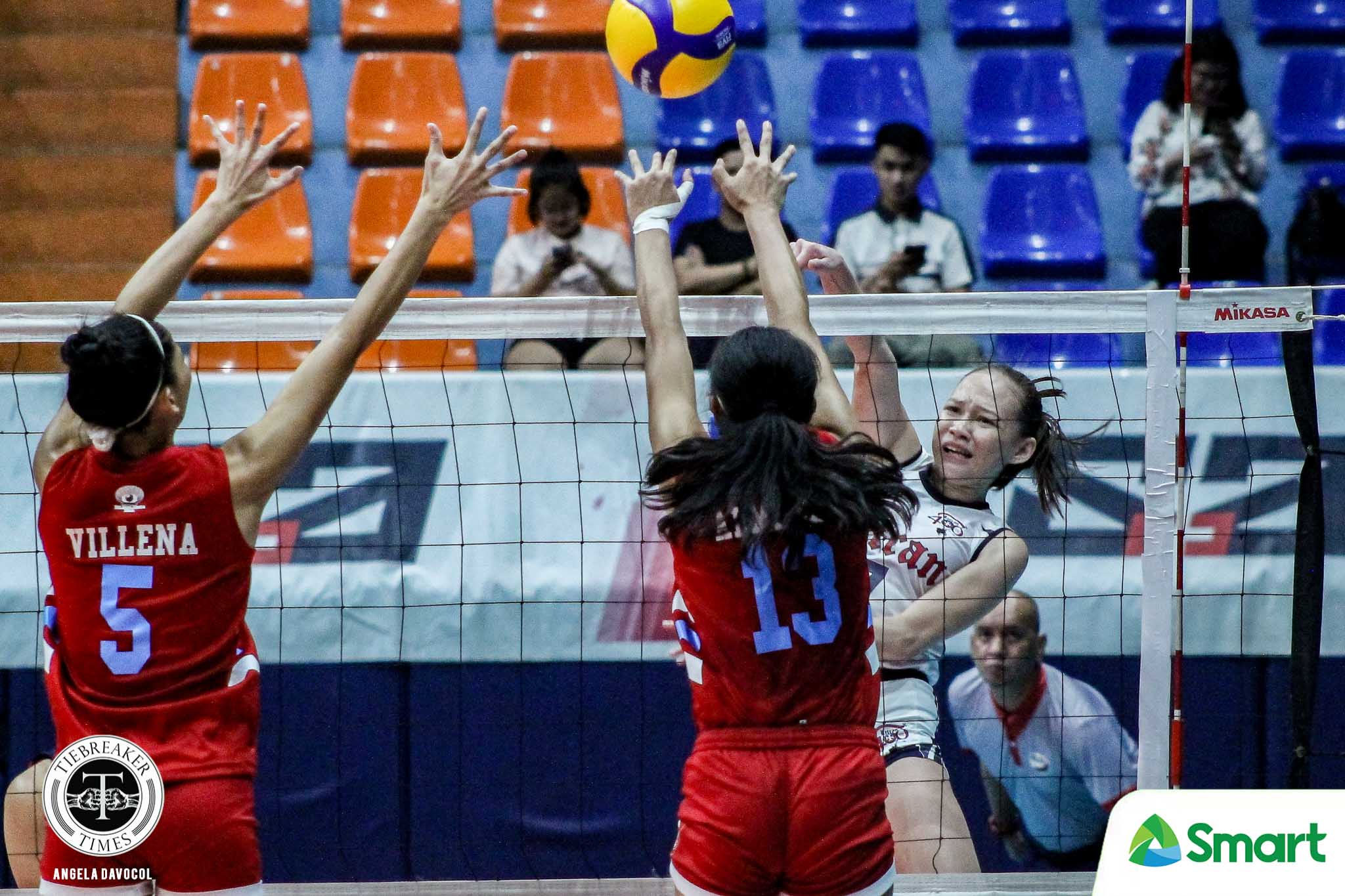 Cunada uncorked a game-high 24 points built on 19 attacks, three aces, and two blocks. She also collected 17 excellent digs and three excellent receptions, rallying the Lady Knights back into it after starting the match on a wrong foot.

Newcomers Dane Iam Ohya and Julienne Castro announced their entry in the collegiate scene. The former put up 15 points anchored on 12 attacks and a pair of blocks, while the latter contributed 11 markers.

Anne Monteagudo and Daisy Melendres backstopped Letran with eight markers each, as libero Julia Angeles made her presence felt on the defensive end with 30 excellent digs on top of seven excellent receptions.

The Lady Knights were edged out by the Lady Generals in the blocking department, 9-8. But they more than made up for it through their attacks (54-26) and service aces (11-8).

Cathrine Almazan was the lone Lady General who graced twin-digit territory. She had 13 points, all but two coming from attacks. Krizzia Reyes and Jamaica Villena managed eight and seven markers, respectively.

Letran looks to sustain momentum when it takes on St. Benilde. Meanwhile, EAC tries to chalk a win when it faces Mapua University. Both matches will be played on Monday, January 20, at the same venue.