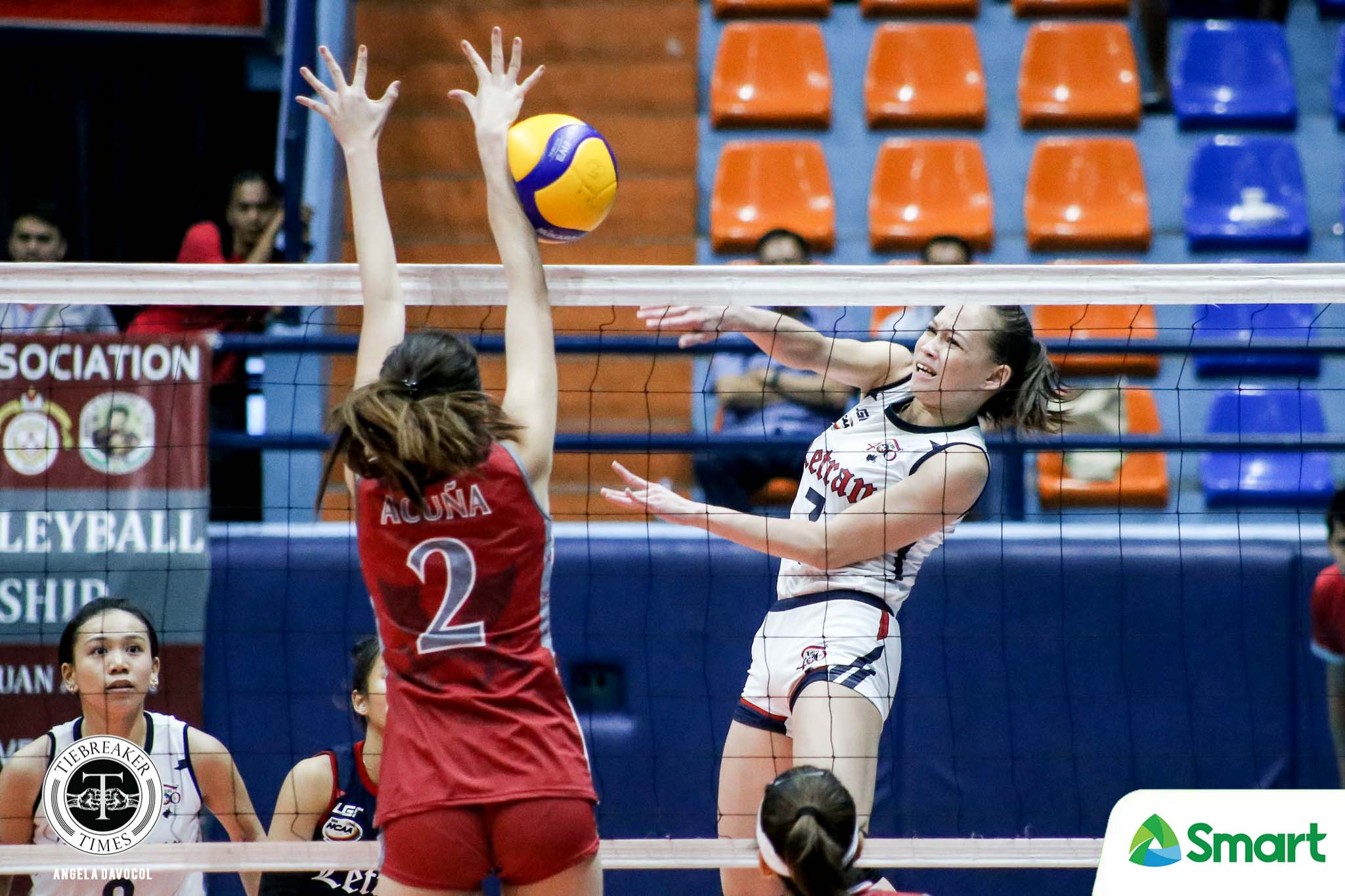 In a clash between two teams jockeying for crucial positioning in the NCAA Season 95 Women’s Volleyball Tournament, Chamberlaine Cunada had to turn in a season-best performance to keep Colegio de San Juan de Letran in contention.

Cunada delivered the goods for the red and blue in a late surge that saw them erase a one-set deficit, forging a decider and coming away with their first winning streak.

With this, the Lady Knights rose to 3-2 to tie a knot with San Beda at fourth spot.

Down at the most critical juncture of the match, though, it was the troika of Julienne Castro, Charm Simborio and Kath Dela Cruz that provided Letran the finishing kick.

Momentum swung wildly in the frantic fifth frame as deadlock after deadlock ensued, leading up to a lock at 11. But Alexa Rafael and Venice Puzon linked up to lift the Lady Pirates at match point, 14-11.

Letran’s chances looked bleak until Castro and Simborio willed them back through their precise execution at the net and steady service game. In no time, the match swung to deuce.

Dela Cruz carried the cudgels from there, pummeling a blistering kill that went through the outstretched arms of the Lady Pirates to break the tie. This, before Rafael sent her attack long that sealed Letran’s stunning 6-0 resurgence.

The Lady Pirates, who crumbled in the face of pressure, saw their two-game winning surge come to a halt. They slid to 2-4 for a joint sixth place with JRU.

Rafael and Monica Jane Sevilla topped Lyceum with 17 markers apiece. The latter even had 14 excellent digs for a double-double performance that went for naught.

Letran will try to sustain its winning form when it faces Arellano on Tuesday, February 4. Meanwhile, Lyceum will look to get back on track when it collides with Mapua on Thursday, February 6. Both matches will be held at the same venue.