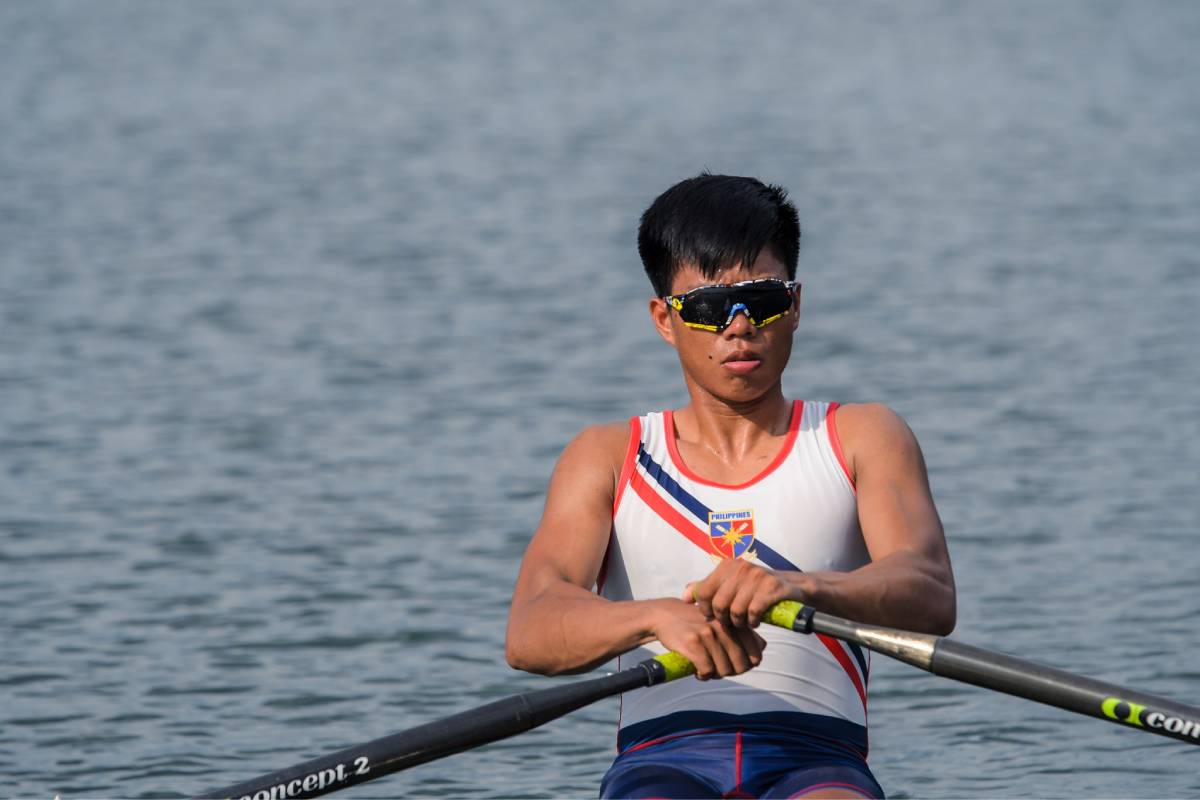 Cris Nievarez ended his Olympic debut with a fifth-place finish in the D Final of the 2020 Olympics Games’men’s singles sculls event held at the Sea Forest Waterway, Friday.

The battle between Nievarez and Iraq’s Mohammed Khafaji carried over from that semifinal race. The two came neck-and-neck for third place at the start. The Iraqi reached the first checkpoint first ahead of the Filipino, who came after Turkey’s Onat Kazakli.

Kazakli then left the two to zoom to third place, and Nievarez tried to keep it close against Khafaji.

Nonetheless, the Iraqi eventually wasted no time and rowed strongly in the last 500. That left Nievarez to pick it up for a strong last lap despite the placing.

With three years until the next Games in Paris, the Philippine Rowing Association is looking to help Nievarez make his return.

The 21-year-old upstart was the first Filipino rower to make the quarter-final race in the Olympics.

Cris Nievarez will end his Tokyo campaign in the D Final after finishing in fifth in the first heat of the Semifinal C/D of...