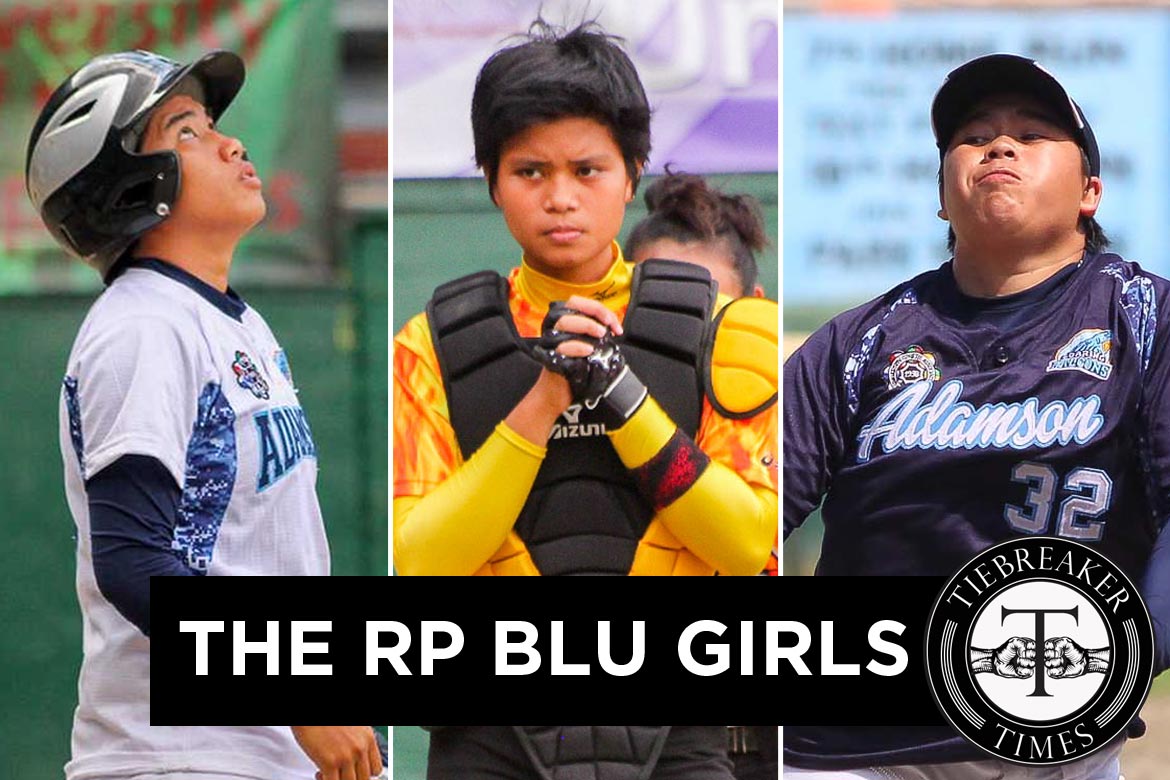 While the collegiate softball season ended a few months ago, the international grind of the RP Blu Girls is set to begin. The Amateur Softball Association of the Philippines has named the magic 18 that will represent the country in two international tournaments this July.

Leading the team’s pitching staff is multi-crowned lefty and current Ateneo Lady Eagle head coach Dione Macasu. Former UAAP Most Valuable Players Rizza Bernardino and Annalie Benjamen, both from the multi-time UAAP champions Adamson Lady Falcons, are also part of the staff. Also making the cut are UST standouts Ann Antolihao and Mallows Garde; both have been instrumental in the Tiger Softbelles’ runner-up finish in the UAAP. Adamson’s Riflayca Basa closes out the team’s pitching lineup.

Celestine Palma, who had a spectacular season in the UAAP, will be the voice of the team on defense while UE catcher Roxzell Niloban was also named to the team. Filipino-American Dani Gilmore will reinforce the team at the outfield position.

There will be no shortage of power on the offensive end for the team as reigning UAAP MVP Queeny Sabobo leads the murderer’s row of hitters the team has. Three of her teammates from the Lady Falcons, all great two-way players, have also been named to the team while former UAAP Best Slugger CJ Roa and SEA Games veteran Garie Blando adds much-needed firepower to the team.

Three Filipino-Americans have also been named to the team: Gabrielle Maurice, Chelsea Suitos, and 17 year old pitcher Sierra Lange. The World Cup will serve as the tryout for the new additions to the team.

The team is set to be coached by Ateneo’s baseball/softball program director Randy Dizer while Adamson head coach Ana Santiago and Anthony Santos will serve as his assistant coaches. Ronelon Pagkaliwagan will mentor the team’s pitchers.

This year will mark the return of Blu Girls to the World Championship. The country last competed in the event in 1998. Moreover, the Blu Girls copped bronze in the tournament back in 1970.

The RP Blu Girls will be situated in Pool F for the World Championships together with the Netherlands, Czech Republic, and Pakistan.

It's #WorldSoftballDay and the Philippine national team is taking part in the celebration! pic.twitter.com/ihInwoXkb5