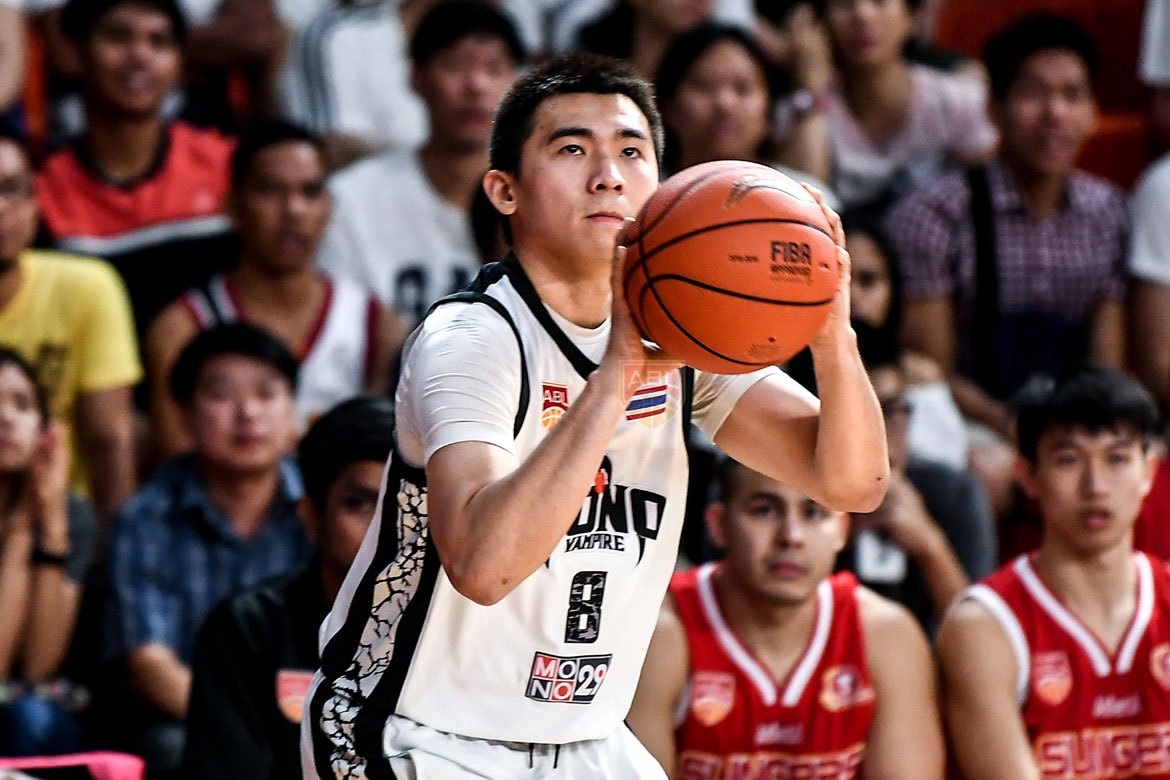 Paul Zamar nailed the game-sealing free throws to push the Mono Vampire to an 85-82 win over the Singapore Slingers, Friday evening at Stadium 29 in Bangkok, Thailand.

The 31-year-old Filipino export torched the league’s best defensive team during the clutch, knocking down two triples — including a four-point play — in a span of 40 seconds, to give Mono an 80-78 lead with 3:13 left.

Chris Charles was able to knot the game with a putback of his own miss, but Mike Singletary and Teerawat Changhachon answered right back with free throws.

With their backs against the wall, Xavier Alexander scored on a quick layup and had to foul Zamar to stop the clock. The product of UE calmly sank his free throws, while a last-gasp attempt by Filipino-Canadian AJ Mandani missed.

Mandani had 15 markers for the Slingers.

Sam Deguara powered Mono with 21 points, but was saddled by foul trouble all throughout the contest. His fellow World Import Singletary filled up the statsheet with 15 points, nine rebounds, five assists, three steals, and two blocks.

Charles finished with a 20-20 outing for Singapore with 26 points and 23 rebounds to go along with six swats.

Game Two will take place on Sunday, April 8, at the OCBC Arena in Singapore.