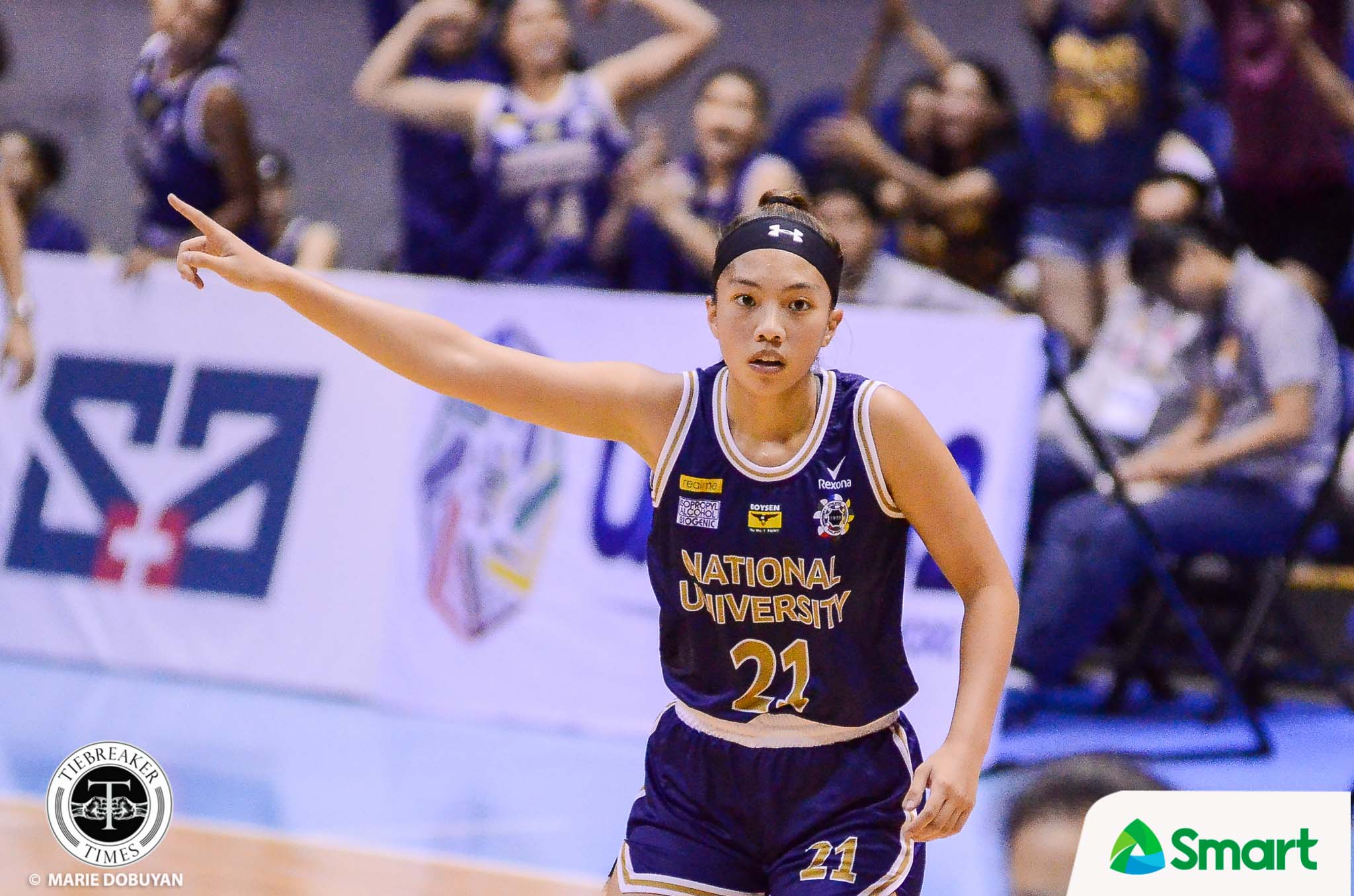 Rookie Camille Clarin put up a season-best 23 points, to go with five rebounds and four assists as she led the Lady Bulldogs to their second win this year and extend their win streak to 82 straight games.

Jack Animam also bullied her way in the paint with a double-double of 14 points, 10 rebounds, and three steals, while Monique del Carmen had 12 points and six assists.

As improved of a performance as it was for the Lady Bulldogs, coach Pat Aquino remains unsatisfied as he believes that his team can still perform better as the season goes.

“I still can see the real potential of the team. It’s not just one guy who can make it happen this year, it takes everyone to make things happen and we’re getting there,” he said. “I know that we started slow again but we’re just trying to be more aggressive in the coming games.”

NU took time to warm up before opening the floodgates in the third frame, where a 28-point eruption saw it grab a 30-point edge, 71-41, after a Clarin three before ending the quarter up 20, 76-56.

The game, however, wasn’t easy, especially with the way Prado played as the Lady Falcon ace went 11-of-23 from the field and 14-of-21 from the charity stripe.

“She played very aggressively and she really wanted to show us that she has it. That’s the kind of player that if they really want it, they could do it,” said Aquino in awe of Prado. “I’m so proud of her for playing that good, and to coach Ewon (Arayi) for giving her the confidence and making Adamson a well-oiled team.”