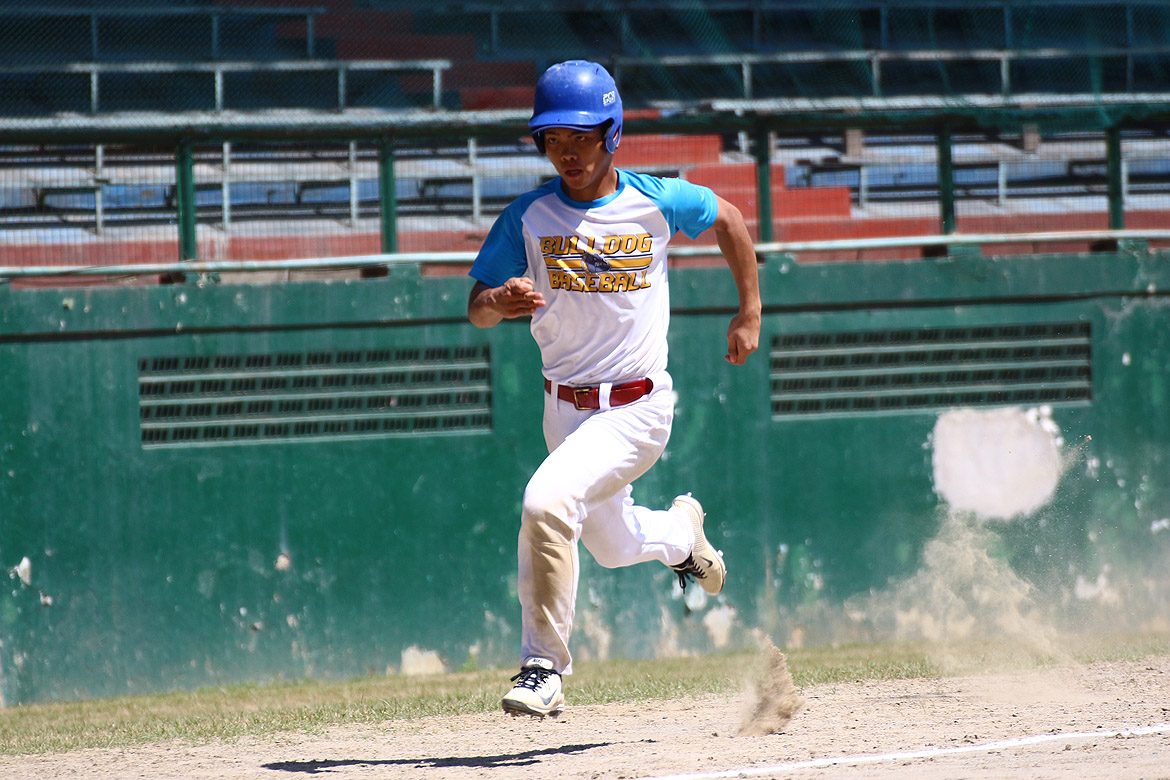 After picking up a 4-3 extra-inning win over Ateneo last Sunday, the National University Bulldogs shut out the highly-touted Katayama Baseball Academy Stars, 2-0, to soar to the top of Group A in the 2019 Philippine Baseball League Open Conference, Wednesday.

“Our pitching and defense did well against KBA,” said third-year NU head coach Egay Delos Reyes as his squad is tied with Adamson on top of the pool with identical 3-1 cards. “But we still need to work on our hitting.”

With these outings, Delos Reyes believes that they are starting to develop chemistry and individual skills heading into their prep for the upcoming UAAP season.

“I think our team is showing our potential to be one of the contenders in the coming UAAP season considering we are not fielding our starters at the same time,” he said, as the Bulldogs came from a 4-6 finish last season.

KBA, who lost their second straight game, were without Carlos Muñoz, Matt Laurel, and Kiko Gesmundo for the game.

The Stars are praying for Adamson and/or NU to lose their games against IPPC this weekend to boost their semifinals chances.

On the other hand, Philippine Air Force now await their fate after a 3-2 win over UP.

Liguayan had two hits in the game to power Air Force to a 4-1 record in Group B.

Romeo Jasmin closed out the game for Air Force with three strikeouts in the last inning.

An IPPC win over La Salle on Saturday will formally book the Lawin’s ticket to the next round. A La Salle sweep of the weekend, on the other hand, will create a three-way tie for the two semifinals slots.

In the last game of the day, the Ateneo Blue Eagles vented their ire on the RTU Thunder, 13-3, for the second win of the conference.

Ateneo bowed out of Group A with a 2-3 record. RTU lost all five of their outings.