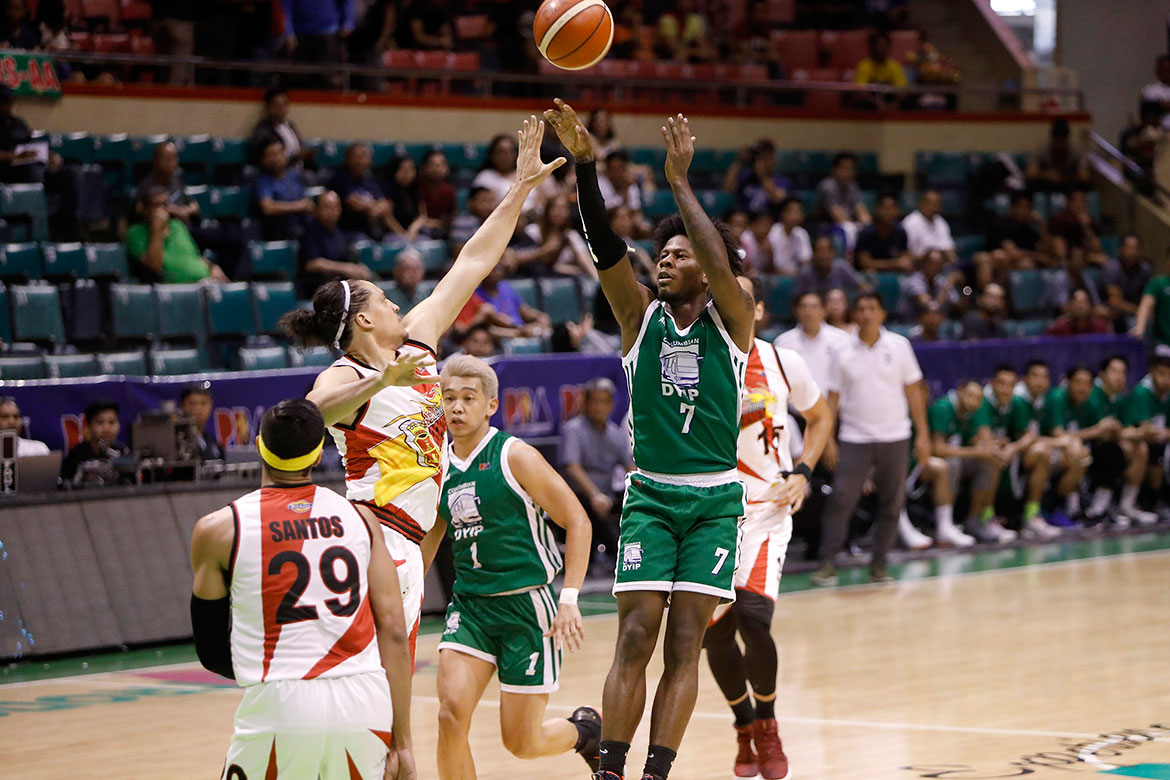 The PBA season is just on its third game day, but the Columbian Dyip have already earned a massive W. Friday night, they took down reigning, four-time Philippine Cup champs San Miguel Beermen, 124-118, at the Cuneta Astrodome.

Perez impressed in his debut with a team-high 26 points, five rebounds, a steal, and a block in over 32 minutes.

Jackson Corpuz made his presence felt as well with 21 points and 11 rebounds along with three blocks. Reden Celda had 15 points off the bench, while forwards Russel Escoto and Eric Camson chimed in 11 markers each.

The Dyip were aggressive right from the game’s early goings, so much so that they were able to build a 41-31 lead with 6:41 remaining in the second.

The Beermen then banked on their experience of overcoming similar deficits. They found their groove, especially in the second half, and posted a 106-100 lead after a Kelly Nabong bucket with 6:39 to go in the last chapter.

But Columbian showed excellent composure in the endgame. With Celda, Jackson, and Perez joining hands to steer the Dyip’s wheel, they would go on and regain the lead, 114-112, with 2:38 to go in the match.

San Miguel knocked within a point, 113-114, after a June Mar Fajardo split. But Rashawn McCarthy’s triple, followed by Perez’s and JayR Reyes’ shots from the charity stripe proved to be the finishing touches for the triumph.

“I had a feeling na mananalo kami. They’re willing to change their attitude,” said an elated Cardel, who’ has earned just his second win as Columbian’s chief bench strategist. “Really proud of my boys. We played well.”

Columbian will look to sustain their rhythm versus the Phoenix Pulse Fuel Masters on January 23, Wednesday, at 4:30 PM, while San Miguel will battle rivals Barangay Ginebra San Miguel on Sunday, January 20, at 6:45 PM. Both games are at SMART Araneta Coliseum.