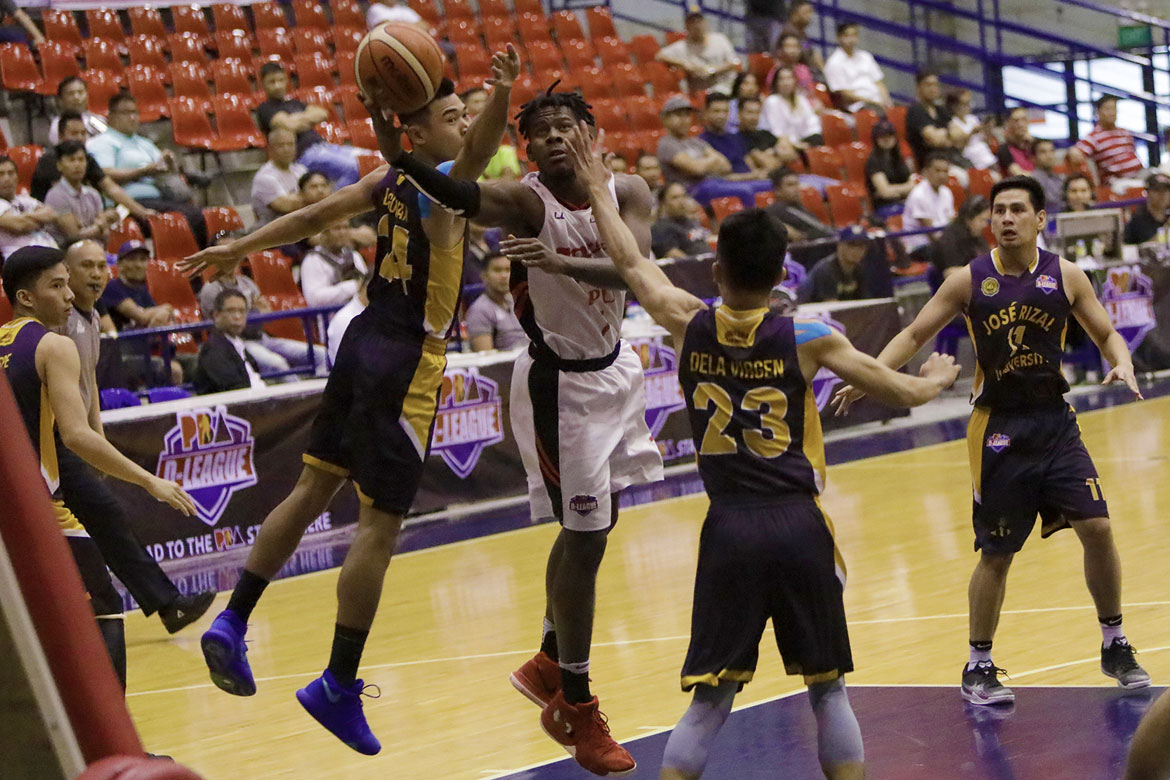 The Zark’s-Lyceum Jawbreakers improved their chances of advancing to the next phase, turning back Jose Rizal University, 91-81, Thursday afternoon at the Ynares Sports Arena in Pasig.

The duo teamed up in staving off the late rally from the Heavy Bombers, which cut the deficit down to as low as four, 74-70, as they took matters to their own hands and strung eight straight points to give the Jawbreakers an 82-72 lead with 5:04 remaining.

“I guess we just got our groove back,” remarked coach Topex Robinson. “The way I see the players now, they are more engaged. There was a burnout factor and we had to pay the price, but coming to the playoffs, I think we’re getting the drive once again.”

Zark’s-Lyceum rose to fifth place with their 6-4 card, and will inch closer to clinching a quarterfinal spot with a win against the Perpetual Altas in their final game on April 3.

Ralph Tansingco chipped in 11 points and five rebounds, while Rhanzelle Yong unfurled his nine markers in the third quarter, where the Jawbreakers established a commanding 66-54 edge behind a 12-2 spurt to open the period.

The also-ran JRU, meanwhile, incurred their eighth straight defeat to fall down to 1-8.

Jeckster Apinan was the lone shining light for the Heavy Bombers with 20 points and 12 rebounds.