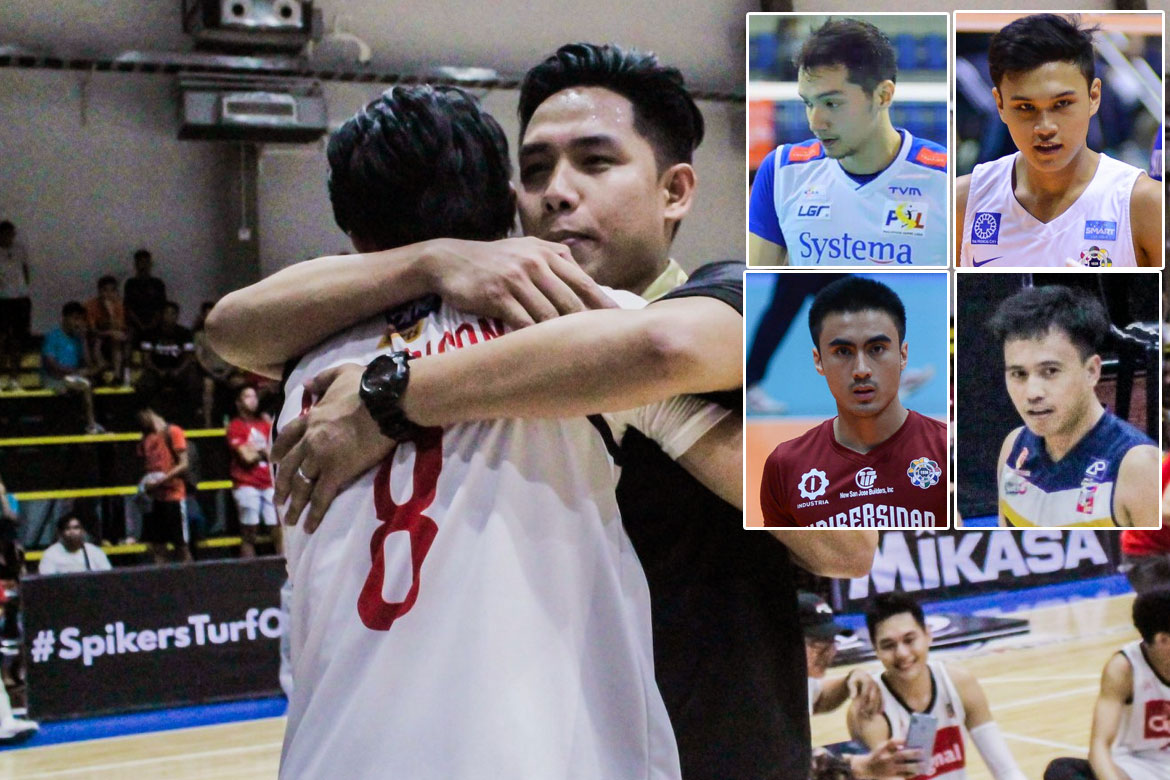 After losing key pieces from their title-run in the 2019 Spikers’ Turf Reinforced Conference, Cignal head coach Dexter Clamor turned to some familiar faces to fill in the void and bolster their Open Conference campaign.

With FEU opting to join the second conference, Jude Garcia, JP Bugaoan, and Owen Suarez – who helped the HD Spikers clinch their fourth title in the league last July – will be suiting up for the Tamaraws this August.

Garcia and Bugaoan were vital in Cignal’s success. The former averaged 16.5 points per game, while the latter provided 11 markers per outing in their best-of-three Finals series against erstwhile-defending champion Air Force.

Left scrambling for replacements, Clamor was able to convince a former teammate to come out of retirement and fill in one of the remaining roster slots.

Pareja and Clamor go way back, as they have played together for Systema in the Philippine Super Liga back in 2013.

Knowing the 6-for-4 middle blocker’s capabilities, Clamor believes that Pareja can still provide a much-needed presence above the net, despite his long lay-off from the game.

“His maturity, experience, and leadership can help a lot sa team. He was also a former National team player and UAAP MVP during his time, he is very fit to play pa rin,” Clamor bared.

READ  Champion vs Champion in China as Demetrious Johnson takes on Moraes in ONE: Reign of Dynasties

Meanwhile, Sandy Montero – who has played with Cignal before and was also a former teammate of Clamor – will be making his comeback with the HD Spikers after suiting up for Air Force last conference.

Another player who will be making his comeback this Open Conference is five-time UAAP Best Setter Ish Polvorosa, who was forced to skip last conference as he needed to focus on his election campaign.

With the team’s late additions, expect the HD Spikers to make another hard run to the championship this Open Conference which begins on August 20 at the Paco Arena in Manila.