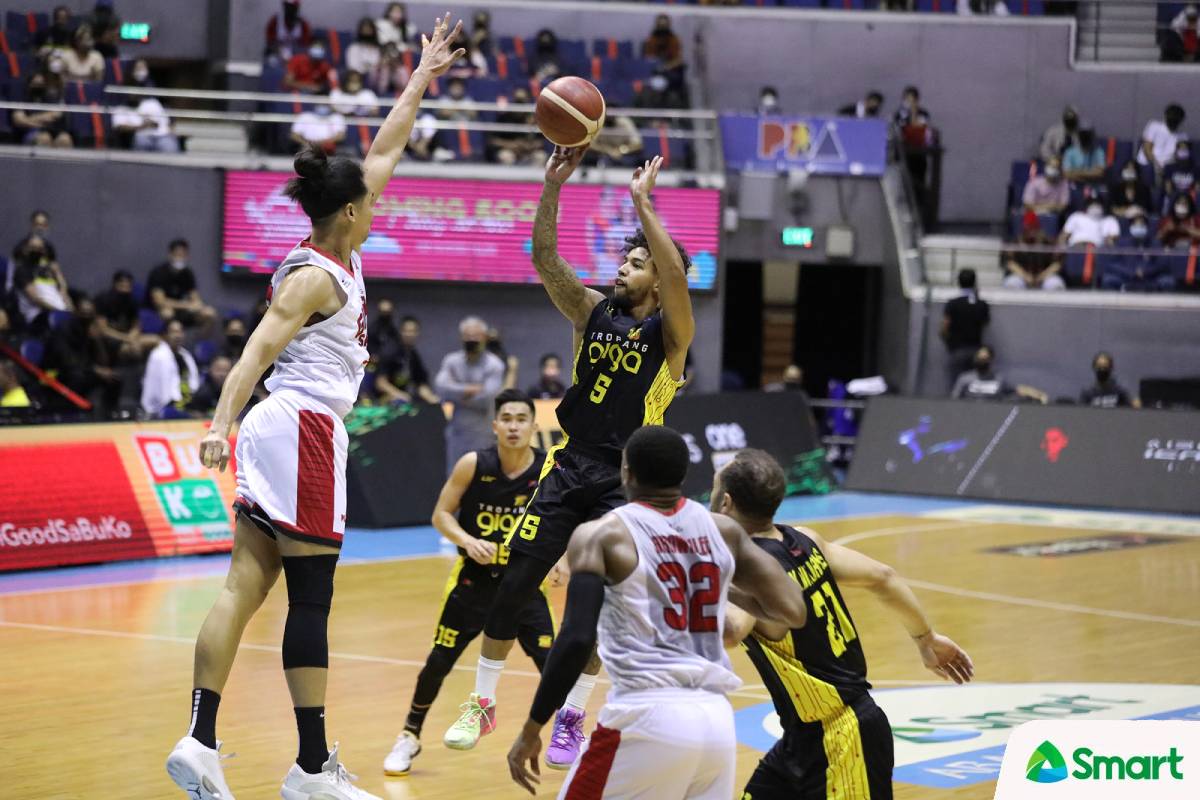 TNT head coach Chot Reyes has been in constant communication with Mikey Williams over the past few months.

But based on a report by SPIN.ph’s Homer Sayson, the Tropang Giga have dropped the hammer on the 2021 PBA Philippine Cup Finals MVP, suspending his contract unless he returns to the team.

Williams is in the midst of a contract restructuring talks with the team despite still having a live contract.

And hours before TNT’s game against Converge, Reyes was able to talk to the 6-foot-2 Filipino-American, advising him to just get on the plane and join the team.

“Wala. I spoke to him this morning and we just told him to get on a plane and get here,” said Reyes after TNT’s 86-83 win over Converge.

“I think that’s the best situation, win-win for all.”

Reyes though is not dwelling on the absence of their super scorer.

After all, TNT is playing a compressed schedule, playing all 11 of their elimination round games in a span of 35 days.

“But like I said, in our team, we are focusing on who is here. We are not worried about who is not here,” he said.

This season, the Tropang Giga are 2-1.

The Tropang Giga scraped past Magnolia on opening day, 78-72, before bowing to Blackwater four days later, 85-78.

One major reason though for their early-season struggles are free throws, shooting just 65.3-percent from the charity stripe in three games.

“We don’t seem to be, we are really struggling.

“No better area than our shooting. For some reason, we can’t make our free throws,” lamented the five-time Coach of the Year. “We’ve tried everything. We tried shooting a lot of free throws in practice, we tried not talking about it, we tried not shooting free throws but there seems to be just the free throw shooting bug that is affecting everyone.

“Today even J-Jay [Alejandro] missed, [Roger] Pogoy missed, Troy [Rosario] and Glenn [Khobuntin] missed. That’s something that we have to address and we have to remedy that or else that is going to bite us down the stretch,” he continued.

Entering the season, Reyes had said repeatedly that their title defense will be a struggle.

But once they overcome all the off-court drama the team has figured in, Reyes is confident that will get things going.

“We know that it is going to be a struggle. But the way I look at it is if we are able to overcome this adversity, it will make us a stronger team down the road.”