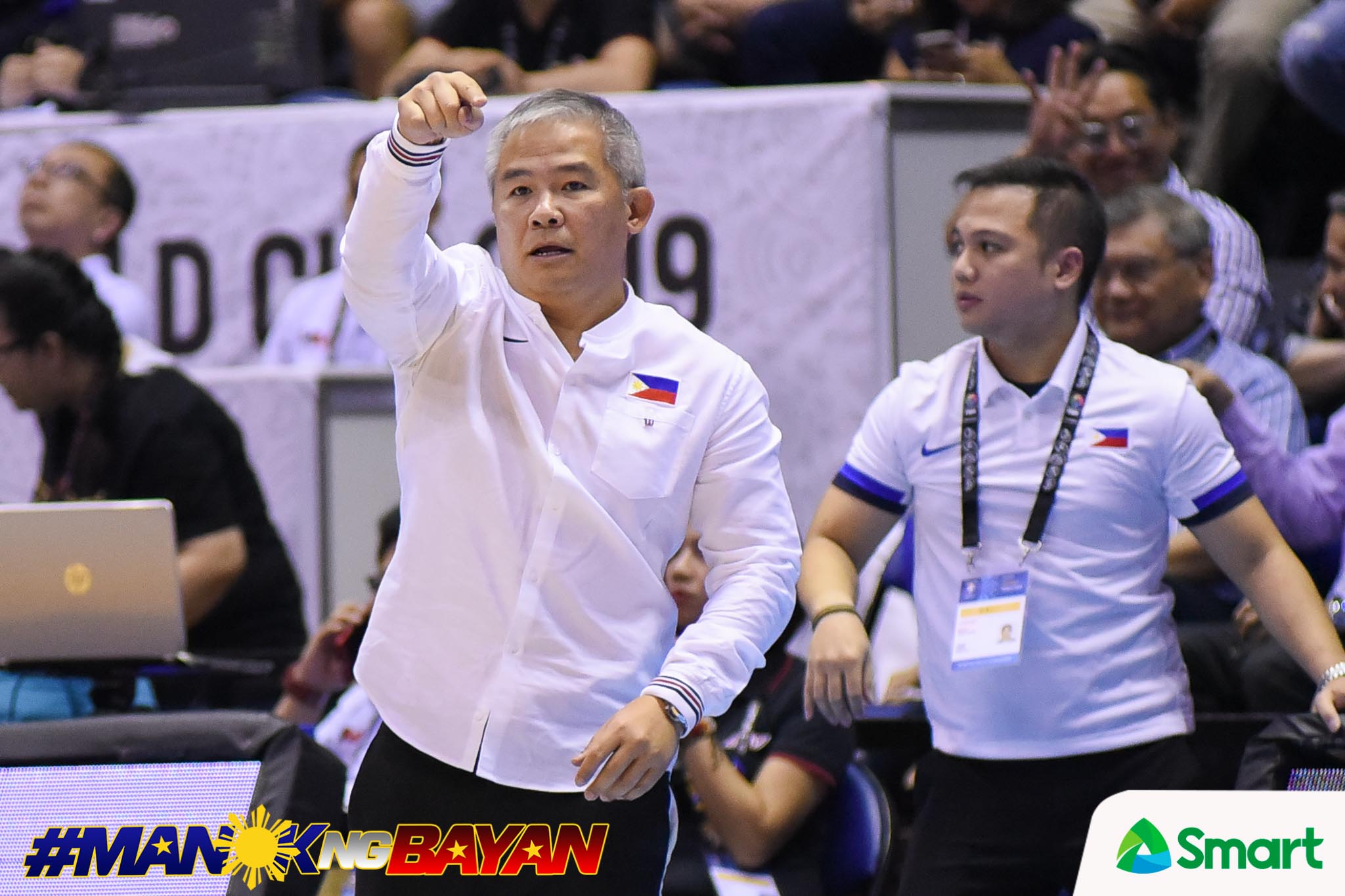 No matter how spectacular it was to witness SMART Gilas Pilipinas kickstarting their 2019 FIBA World Cup Asian Qualifiers in full gear by going 2-0 in the first window, head coach Chot Reyes remains unimpressed.

“Less than satisfactory,” graded the outspoken mentor of his wards’ performance, even after the Filipino cagers won their second assignment versus Chinese Taipei, 90-83, Monday night at the SMART Araneta Coliseum.

“We’re happy that we pulled off Ws but we all know that we could have played much better.”

This dissatisfied stance from the veteran strategist stems from the way SMART Gilas had played in those games — they nearly melted down in the end against Japan last Friday, and versus Taipei, they had to climb back from a 5-19 deficit.

Their field goal shooting saw marked improvement, from 38 percent last Friday to 45 percent against the Taiwanese. Turnovers, however, became an issue once more, as they committed 15 in both games.

But despite the inconsistencies, Reyes still lauded some of his cagers — June Mar Fajardo, Calvin Abueva, Roger Pogoy, and Kiefer Ravena — who all contributed greatly in their sweep of the Qualifiers’ first window.

“It’s a big luxury for us to know that we’ve got a guy like June Mar coming off the bench… He was fantastic.

“Our second unit came in with a lot of energy and basically got us back into the ball game. Not only June Mar but Calvin, Pogoy, and Kiefer,” added the multi-titled coach, as the aforementioned group were the ones who sparked the Filipinos on Monday.

#ReadMore  Who were the toughest coaches Jong Uichico faced?

Moreover, aside from noting his players’ commendable outings, Reyes said that it had still been a good run, considering that Andray Blatche had become silent this Qualifiers with norms of 9.5 points, 13 boards, and 6 TOs.

“The good thing is we managed to grind out (wins) even when we’re not 100 percent. I mean, we have to get to a level where everyone is playing well including Andray,” he said.

“But that’s the effect of not having practice time.”