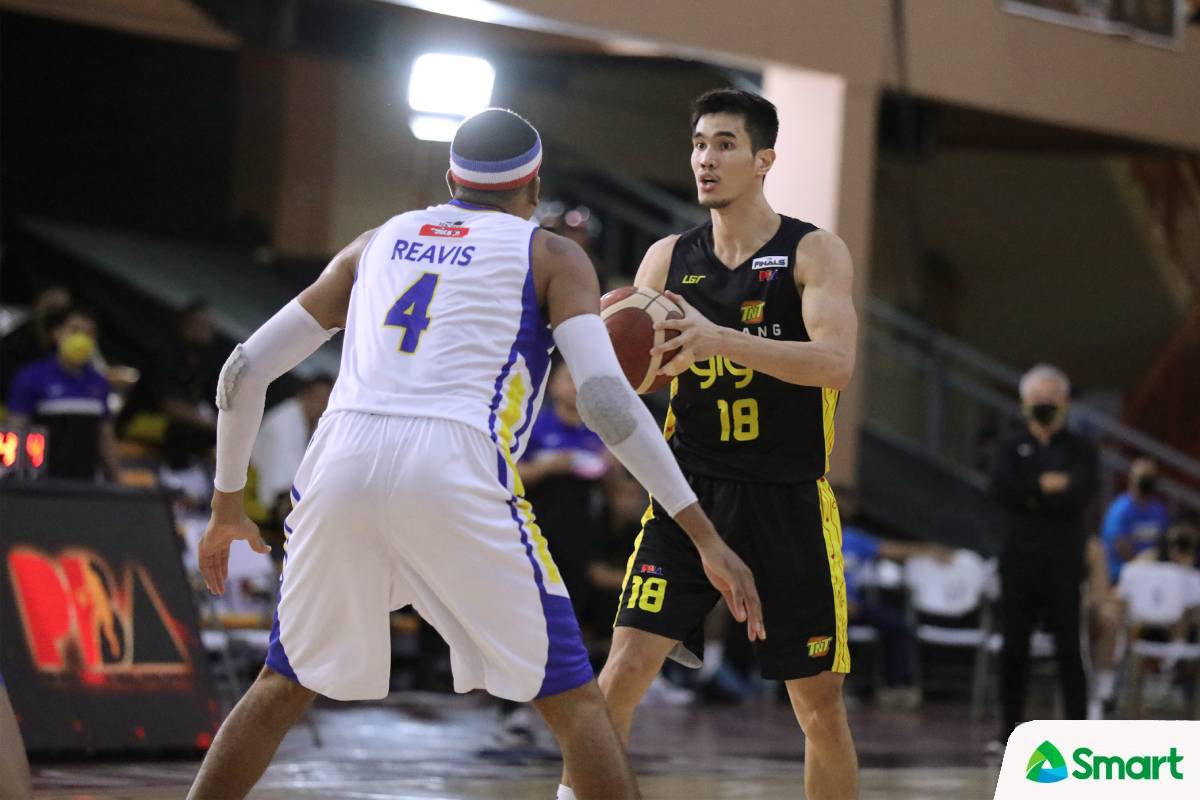 “Yeah. Because even in practice yesterday, he was walking gingerly,” recalled the decorated bench tactician. “We had a very light walkthrough. He didn’t participate in any contact stuff.

“So, it was really a game-time decision.”

The 6-foot-7 forward was highly expected to sit out due to the scary back and finger injuries he suffered in their previous meeting with Magnolia last Sunday. Still, he suited up and played in the pivotal affair.

“We said, ‘How are you feeling?’ and he told me this morning and right before the game that he felt ready to go,” said the 58-year-old mentor.

“I think the therapy worked, and he said he started feeling better.”

Rosario was even fielded as part of the starting unit, together with Kelly Williams, Roger Pogoy, Mikey Williams, and Brian Heruela.

“We felt if we don’t start him and then we suddenly need him some time in the game, it’s gonna be more difficult because he’s going to cool off from the pregame warmup,” Reyes explained of the move.

“So we said, let’s try him right away, let’s start him, and then we’ll see what happens,” he furthered.

Rosario played for a total of 19 minutes and 16 seconds. He collected five points on six shots, alongside three rebounds, an assist, and a block.

He was visibly far from his old form but his coach proudly shared that it was his heart that inspired his fellow Tropang Giga, who went on to dominate the Hotshots anew, 106-89, to take a commanding 3-1 lead in the series.

“The reason why we played him was really for inspirational purposes,” said Reyes. “As you can see, he couldn’t even catch the ball.

“But he said he wanted to try, and I thought by him being there, the message of courage was going to rub off on his teammates. So really, the great heart is shown by Troy here. And I think everyone followed.”