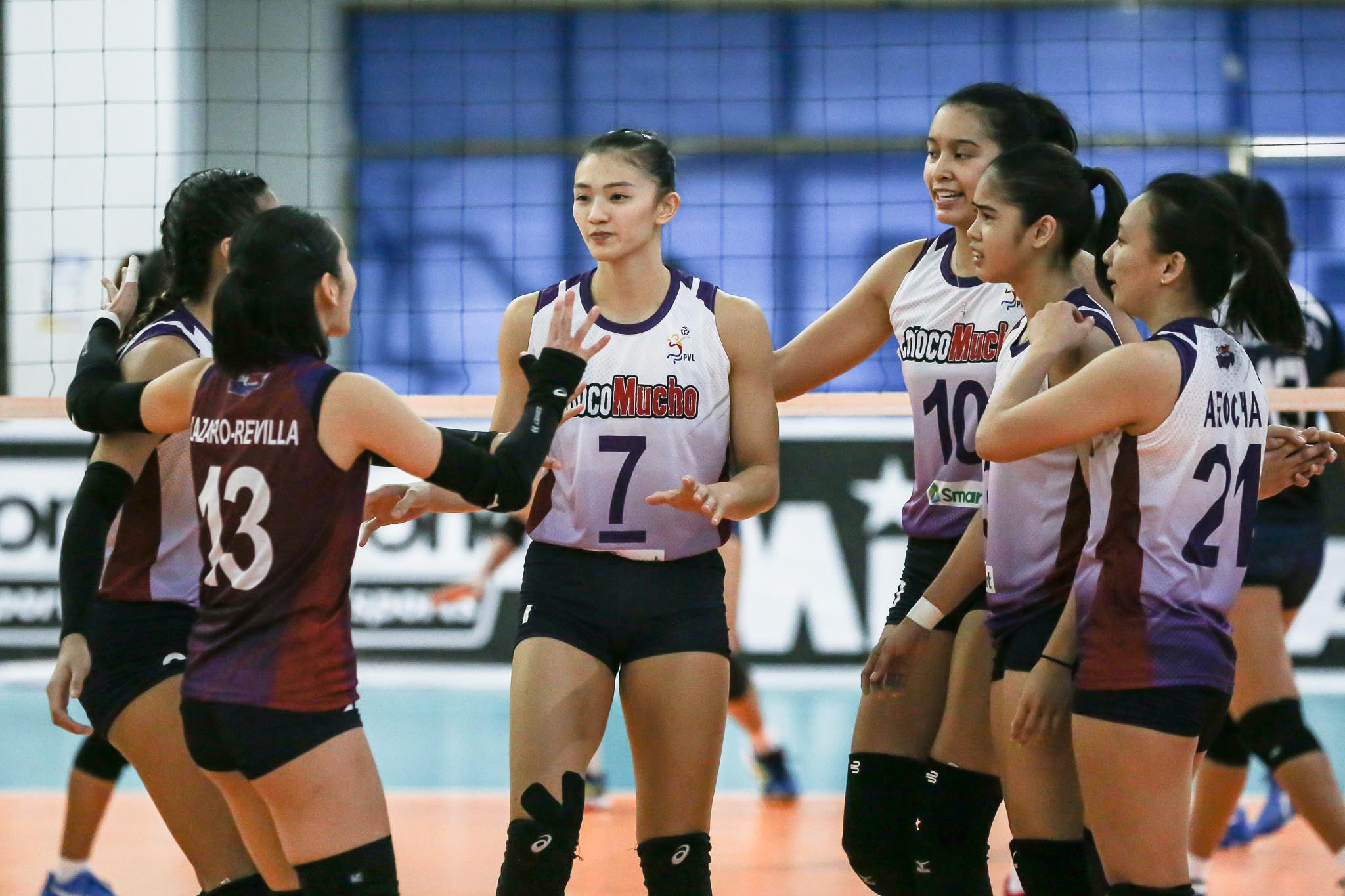 Now with an immaculate 5-0 record, the Flying Titans forged a tie with Creamline at the number one spot.

Kim Gequillana committed a service error while Graze Bombita and Roselle Baliton followed it up with an ace and a hit to put BaliPure within one, 21-22, in the fourth set.

However, two consecutive errors from the side of the Water Defenders placed the Flying Titans at match-point.

Kat Tolentino then rose for a powerful off-the-block hit to end the match at 25-21.

Tolentino posted a conference-best 25 points in the four-set outing to lead all scorers.

A disrupted third set caused by a power interruption saw the Flying Titans burst to a 25-15 win for the 2-1 advantage.

Bombit top-scored for BaliPure with 15 points off 12 attacks and three aces while Geneveve Casugod and Bern Flora had 10 and eight, respectively.

The Water Defenders, who are coming off an embarrassing loss to Creamline, suffered their third loss for a 2-3 standing.

Both teams will return to court next week.