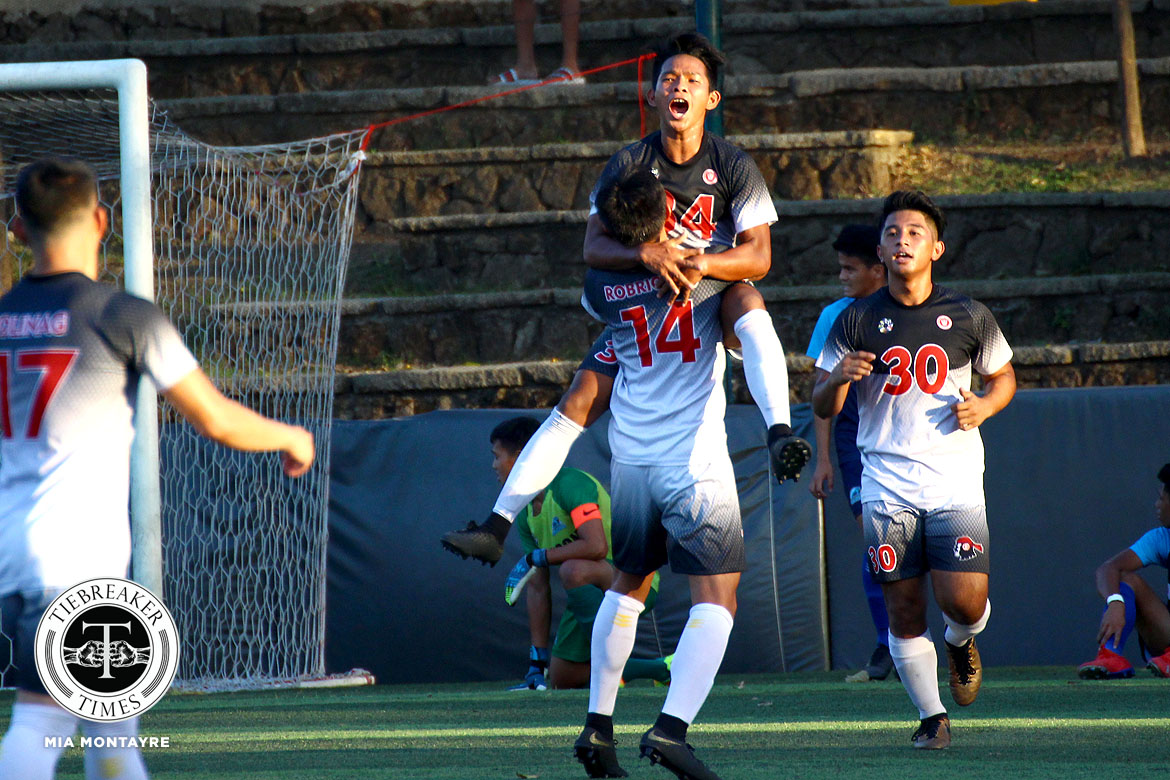 In a game that was essentially a dead rubber, the disappointment of the Adamson University Soaring Falcons and the relief of the University of the East Red Warriors highlighted the opposite direction both schools took in the UAAP Season 81 Men’s Football Tournament.

In their final assignment in the competition, the Soaring Falcons were denied back-to-back wins after the Red Warriors salvaged a 1-1 stalemate, Thursday afternoon, at the FEU-Diliman field in Quezon City.

The outcome elevates Adamson’s standing in the league table to 6th place with 12 points. While they can still go down to 7th place if UE – who have 9 points – earn a win and a draw in their last two games, this year has been one to savor for the Soaring Falcons, as they finally showed that they can compete in the UAAP.

Adamson’s goal arrived 15 minutes into the first half thanks to a strike by Allen Lozano. Bless Brian II Jumo earned his side a free kick beforehand right at the edge of the Red Warriors’ penalty box. Lozano then stepped up to score past goalie Frank Rieza.

Just when it looked like the Soaring Falcons would get all three points and a dream finale for their seniors, Red Warriors full-back Champ Marin directed the ball home in stoppage time to earn his side a point for all of their endeavors.

Nevertheless, Marin’s goal merely highlighted the dip in form of UE this season. From knocking on the door of a post-season appearance last year, the Recto-based school is relegated to the bottom half of the standings this year.