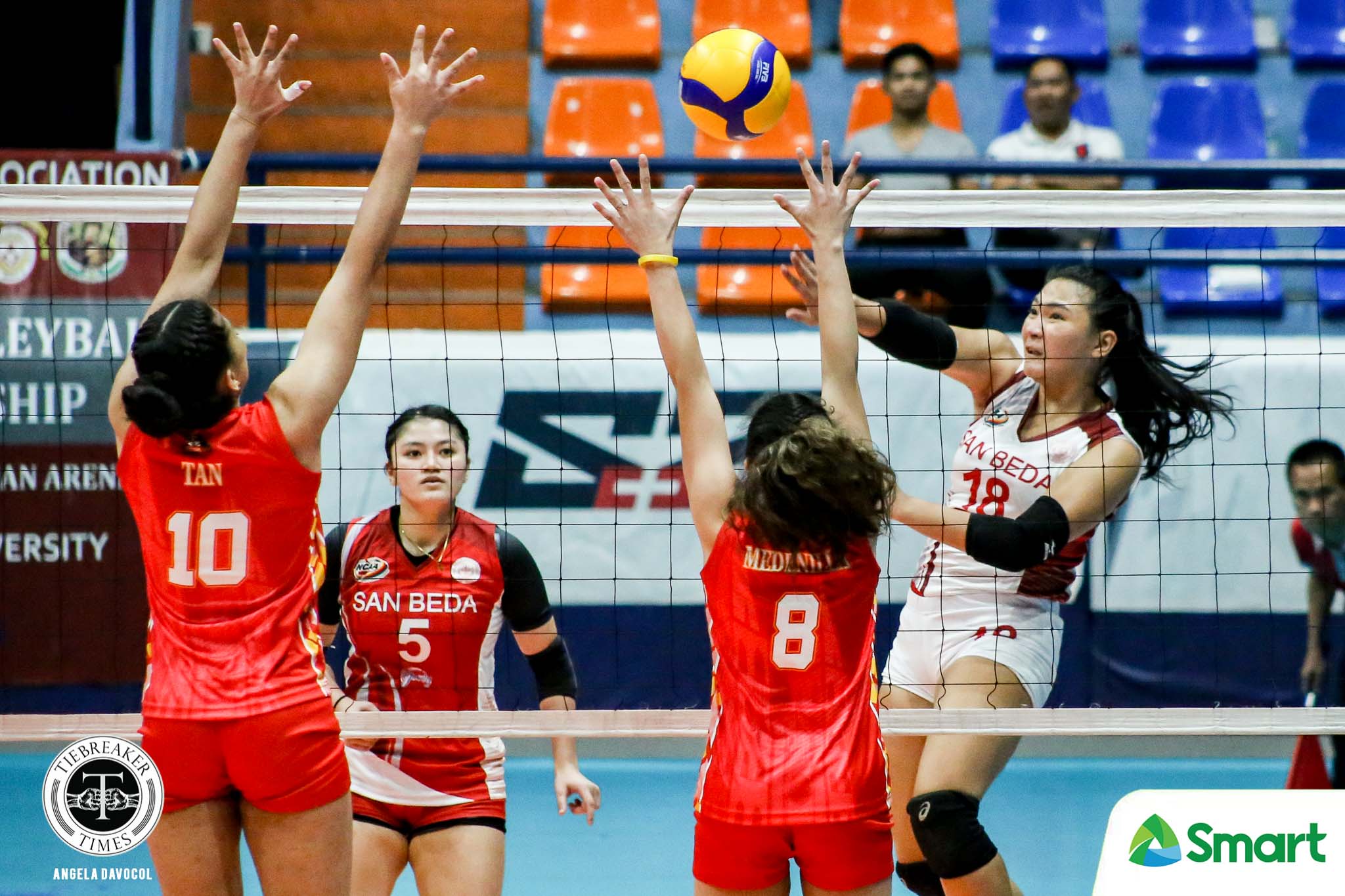 The Lady Red Spikers drew strength from the hard-hitting duo of Racraquin and Viray, making it rain from above the net as well as from the service line; and punishing the Lady Stags in a ceaseless barrage that lasted for 87 minutes.

Racraquin topped the charts with 19 points built on 13 attacks and six service bombs. For her part, Viray poured in 14 markers — with all but three coming from spikes — on top of three aces, in the straight-set triumph.

The two provided the firepower for San Beda, which let loose a thrilling 36-spike, 13-ace thrust on the Golden Stags, who only had 20 spikes and two aces in the contest.

The Lady Red Spikers also zeroed in on efficiency, minimizing their errors to 15 following a total of 36 miscues in their conquest of JRU last Saturday.

Despite wrapping up the match in three sets, San Beda had to dig deep in the third frame after falling into a pit of complacency, allowing the Lady Stags to close in on a set. Fortunately, an 8-3 run came at the most opportune of time for the Lady Red Spikers, who wriggled past a 17-18 deficit.

San Sebastian, which fell to 0-3 at the bottom of the standings, had no scorers in double figures.

Shane Requierme led the Lady Stags with eight points, while Reyann Canete and Amaka Tan managed seven and six markers, respectively. Jewelle Bermillo had 15 excellent receptions and 13 excellent digs in a losing cause.

San Beda shall next face Letran in a bid to keep its slate intact on Friday, January 24. Meanwhile, San Sebastian will try to chalk a win up via an upset when it takes on Arellano on Saturday, January 25. Both matches will be held at the same venue. 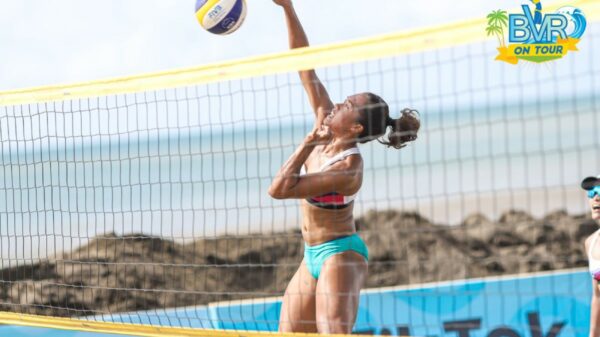 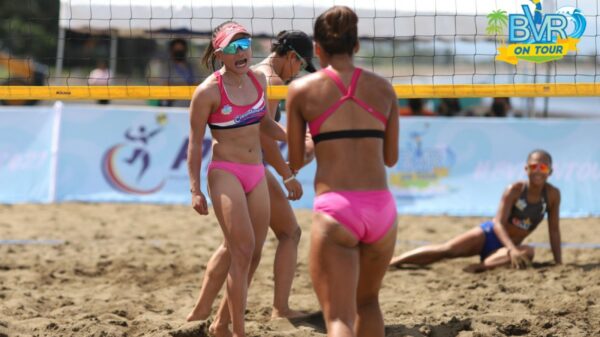