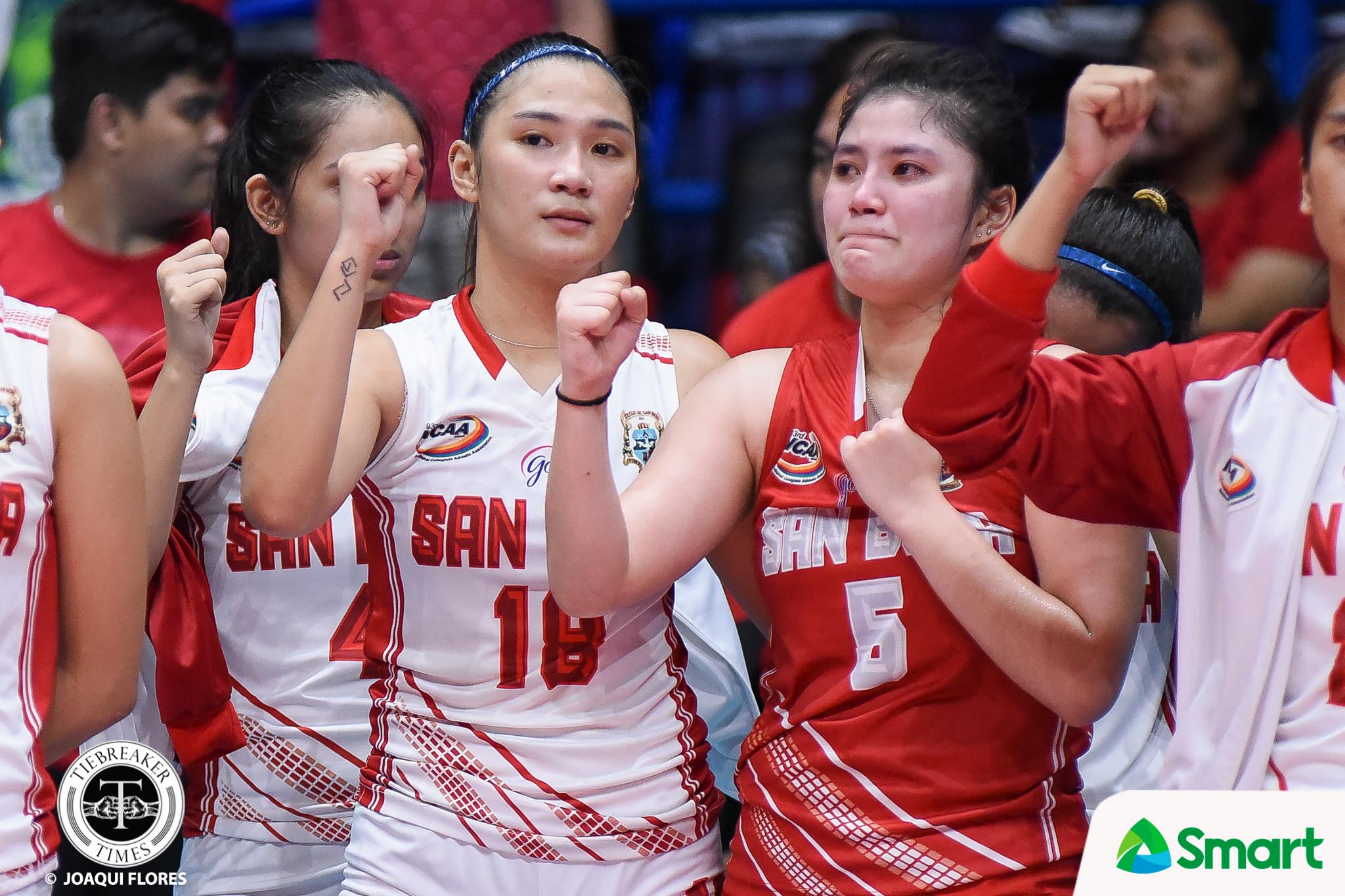 In recent years, the Mendiola-based spikers had a sudden upsurge in their volleyball program, and until last season, have been on the outside looking in.

The NCAA Season 92 Women’s Volleyball Tournament was a breakout season for the school, as they entered the Final Four for the first time. Nonetheless, San Beda surpassed that milestone just this season. And for team captain Cesca Racraquin, it was a great experience for her team.

The feeling was too much that anxiety crept in. “Andun ‘yung kaba, andun ‘yung pagkabago sa environment: maraming tao. Maraming factors. So, kami overwhelmed, pero happy naman. We are honored to be in the Finals,” she added.

Going into the Game One last Friday, the skipper shared that she had been fully focused despite the gravity of the situation. 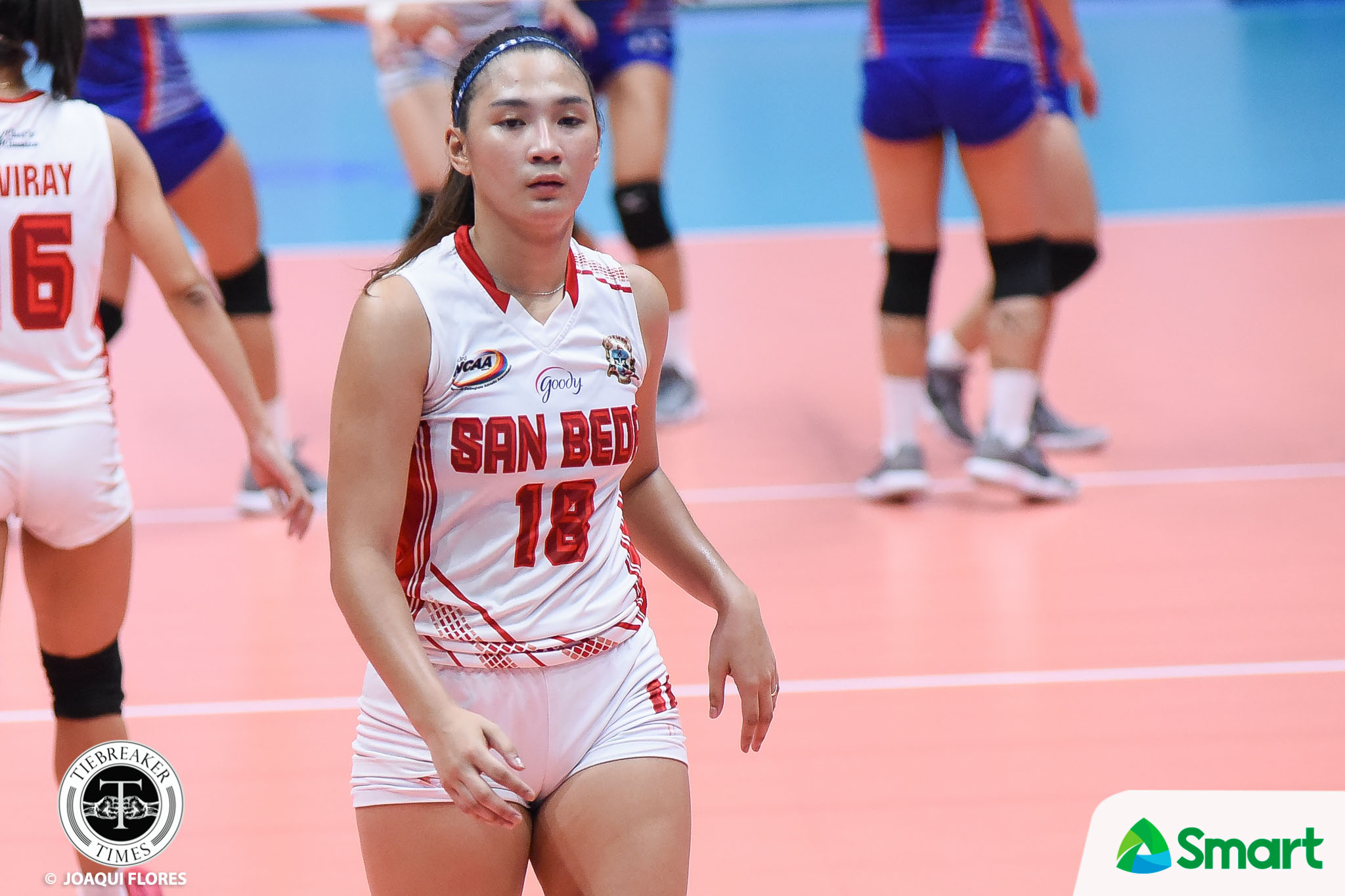 The outside hitter said, “I cannot speak for my teammates, but for me, what was going through my mind is just to play my game and just to relax.

“We know that Arellano is the defending champion. The pressure is on them to repeat. I thought to myself, wala na kong dapat patunayan.

She stressed, “By being in the Finals, may napatunayan na ‘ko. It’s just a matter of who wants it more na lang.”

Showing the tenacity and heart that fuelled them to the Promised Land, the Lady Red Spikers extended the first match despite an 0-2 hole. And despite the loss, the pride was just there from Racraquin.

“I was so proud of myself and the team, kasi we worked hard. We’ve been through a lot this season.

That scenario was unfortunately present in Game Two — a match they badly needed to win. “Yun ‘yung lumabas today: ‘yung frustration, ‘yung pagkabago rito sa environment. Especially today, there is a lot of crowd, and ‘yung odds ng crowd was against us.

“I think that’s what happened in this game.”

Despite the loss, the Season 93 runners-up easily shook off their tears and emerged from their dugout with proud smiles. 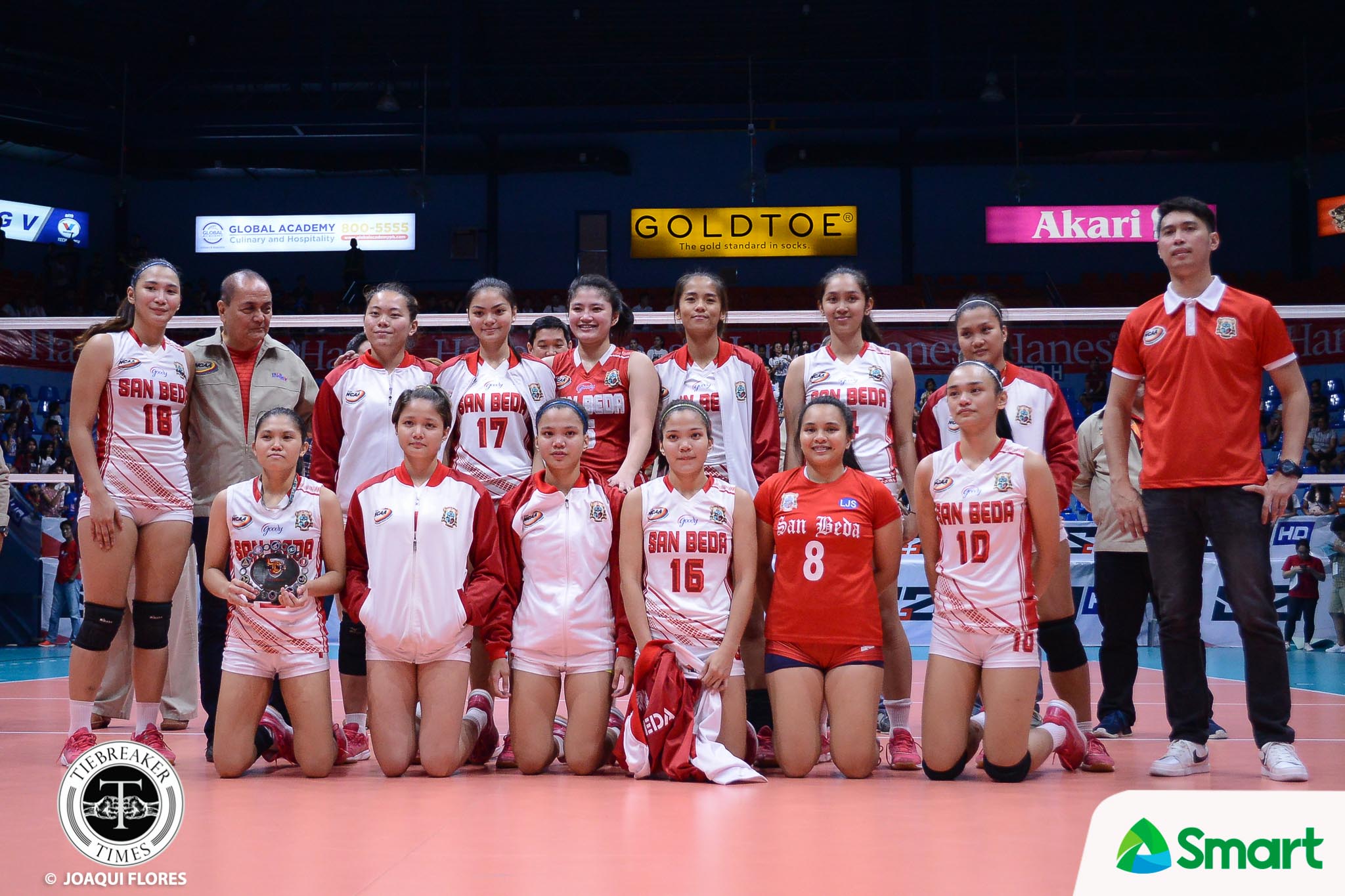 They know they have a chance to fulfill a bigger mission in the coming year.

Abu Tratter achieves childhood dream of being part of Gilas