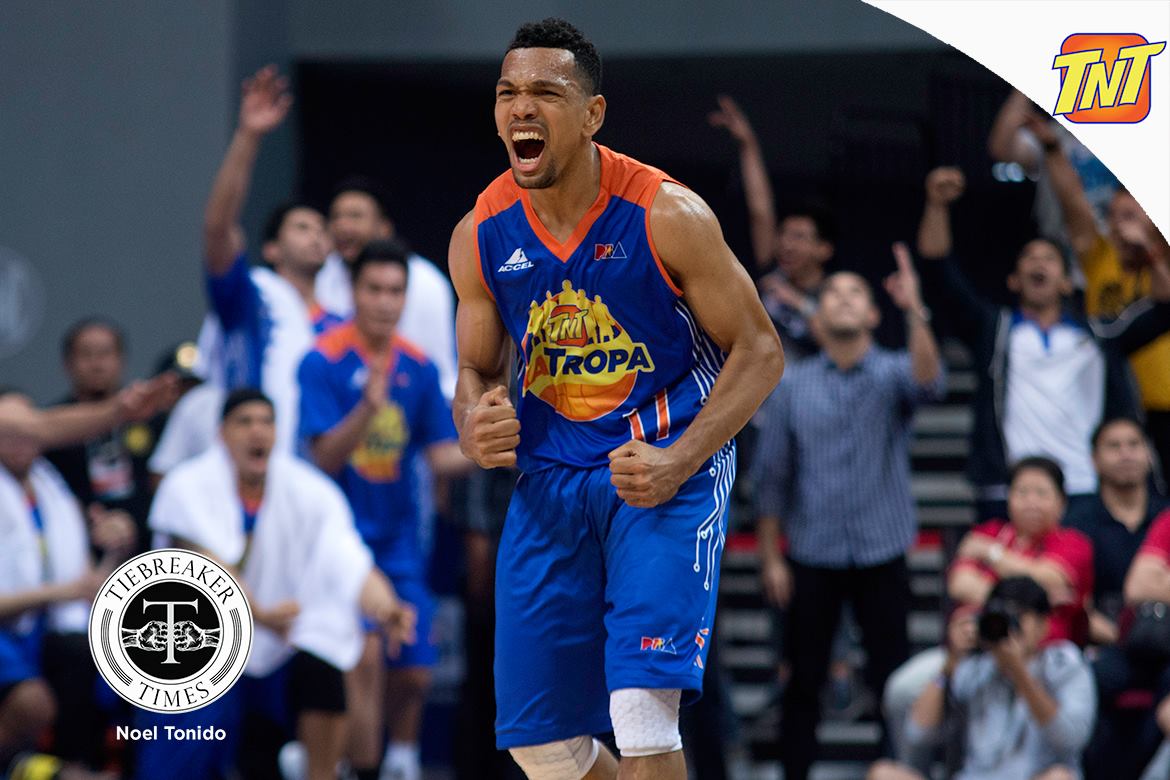 The Barangay Ginebra San Miguel’s defense clamped down on TNT Katropa star guard Jayson Castro in Game One of their semifinal series, Sunday night at the SM Mall of Asia Arena. It was a success, as they held Castro to just four markers.

Still, the Gin Kings could not take advantage.

The 30-year-old’s dismal outing was his worst in a playoff game since Game Seven of their 2011 Governors’ Cup Finals match with eventual champions Petron Blaze Boosters, when he scored just two and shot 0-for-7 from the floor.

Obviously, the then-Talk N’ Text side had lost the title match. But this time around, the Katropa reigned victorious, and Castro’s woeful outing can be forgotten as he dealt the painful blow to the Barangay’s hopes of coming back.

Castro nailed a dagger triple from the top of the key with 12.2 seconds to go finish off the gutsy Ginebra side, 100-94, and lift TNT to a 1-0 series lead. That shot, moreover, was his only field goal after throwing 10 attempts.

“But again, Jayson will be Jayson, he was really born for those moments… He hits the biggest shot of the game.”

But the four-time Best Player of the Conference awardee, aside from his win-securing victory, lauded all the good shots his teammates had made all throughout that helped them gain the upper hand over Ginebra.

And in those shots, Castro had a hand on them. As the defense closed out on him, the seven-time champion maximized his facilitating skills — he finished with six dimes in 29:24 minutes of action.

Now that the Katropa have the upper hand in the series, the seven-time champion hopes that they can sustain it.