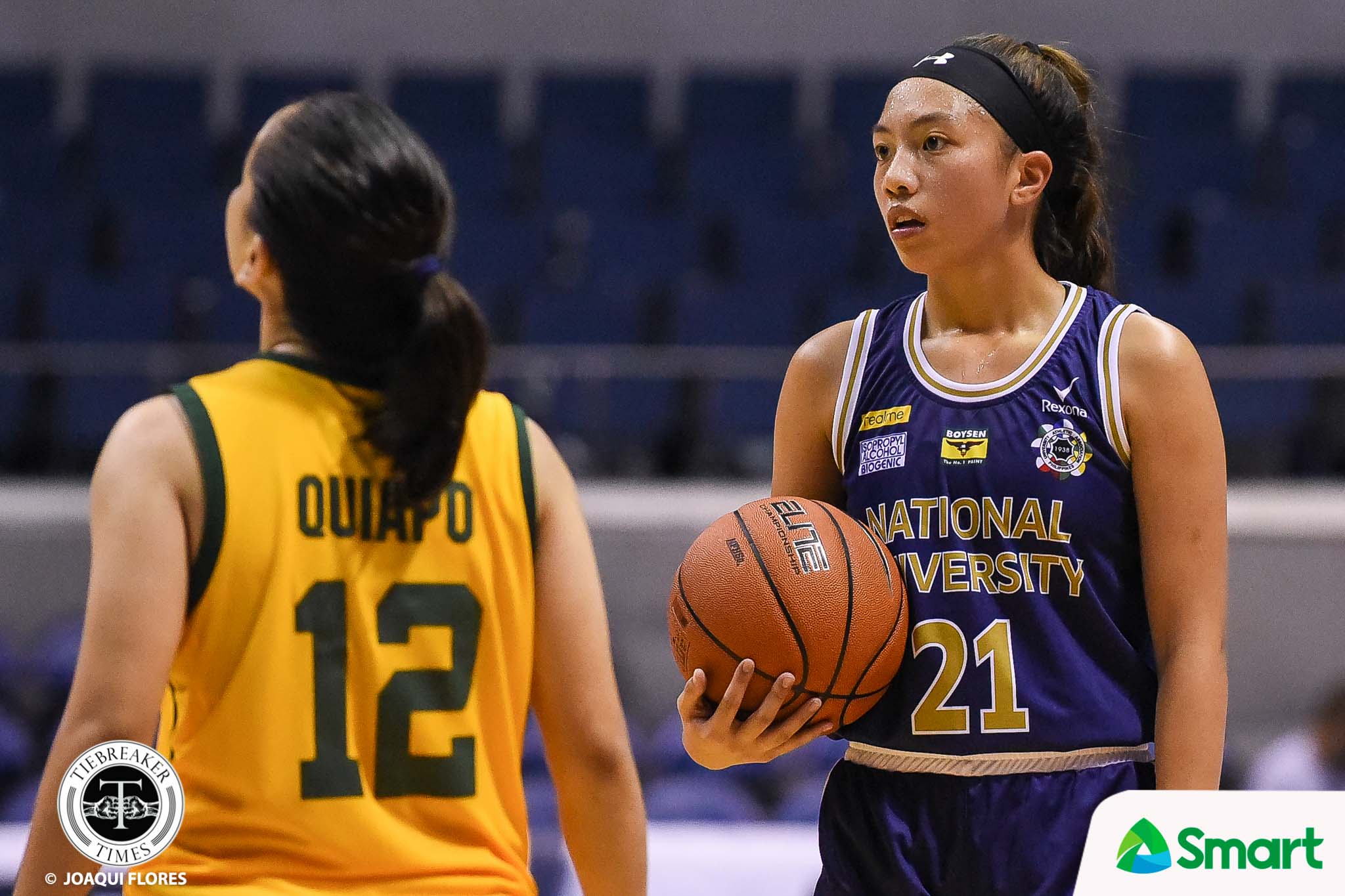 If National University had to withstand Far Eastern University’s challenge before walking away with the 20-point win in its first assignment in the UAAP Season 82 Women’s Basketball tournament, Saturday’s clash versus Adamson was totally different.

Unlike in their game versus the Lady Tamaraws where they trailed by five in the third, it was all Lady Bulldogs early on, and they coasted to the 99-78 victory over the Lady Falcons to extend their historic winning streak to 82 games.

“I think we were able to fix the mistakes we had last game,” said rookie Camille Clarin after the match.

“We played more together and we’re talking a lot better. We just focused on defense because that translated to our offense.”

Clarin herself was a major reason behind the victory, top-billing for NU with 23 points on an excellent 66.7-percent shooting from the field — including 4-of-7 from deep — along with five rebounds and four assists in over 23 minutes.

Saturday had only been the 18-year-old’s second UAAP game but it appears that she has already adjusted well to the celebrated Lady Bulldogs, who have their sights set in winning their sixth consecutive championship. 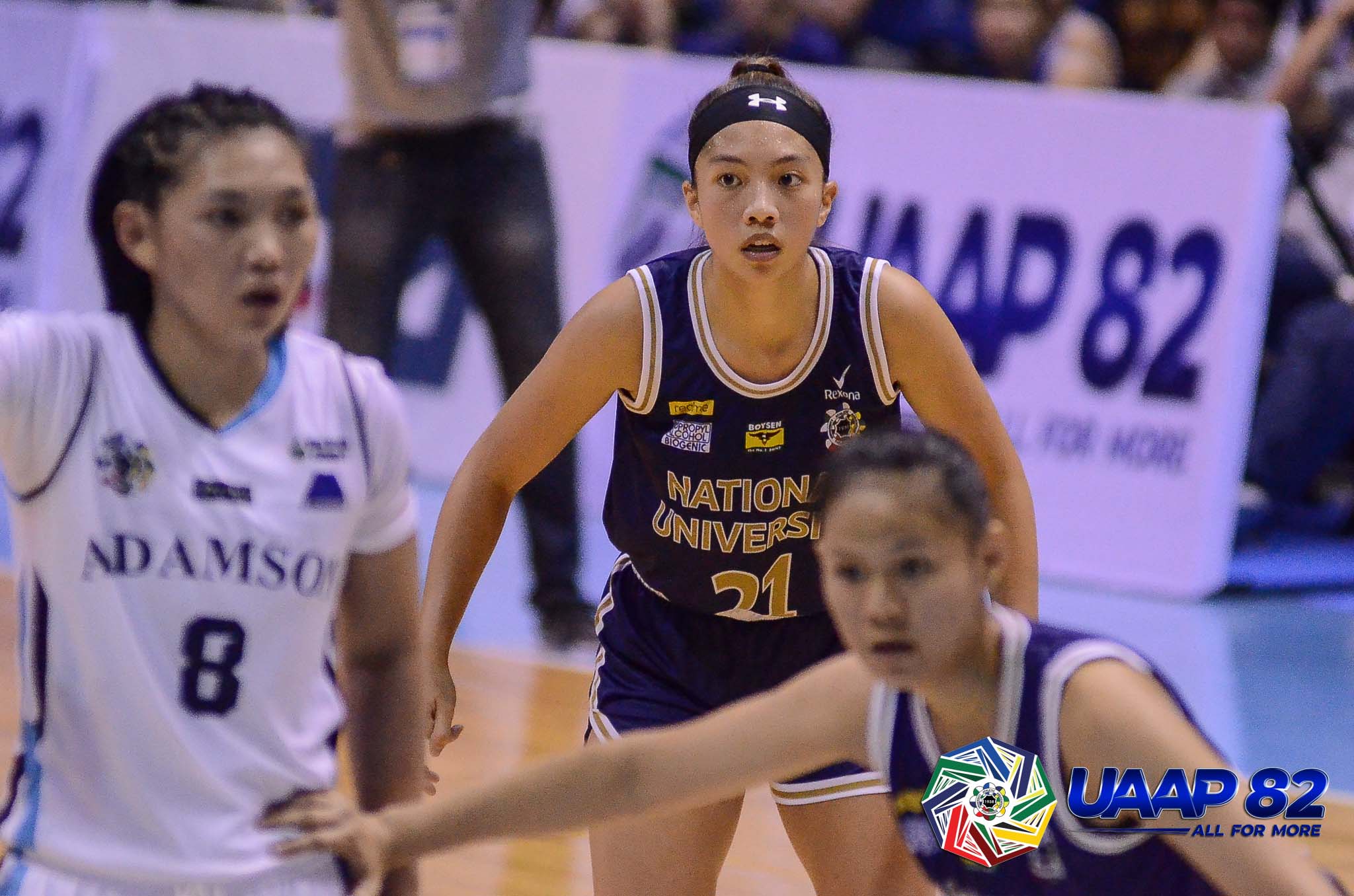 It may look fast, but Clarin said she’s still finding her niche “slowly but surely” with the help of her teammates.

“Slowly but surely. It’s hard to suggest with the type of game that they have in the Philippines but my teammates make it really easy,” said the Fil-Canadian out of Blair Academy.

“They always talk to me, they never let me go on the side.

“They always hold me responsible for what I need to do,” added Clarin, who recently won a bronze medal with Gilas Pilipinas Women in the FIBA 3×3 Asia Cup. “And if I need anything, they’re right there to help me through the game.”

Clarin is one of NU’s prized recruits, and she has shown what she can bring to the table. For captain Jack Aninam, she likes how Clarin and the other new faces are blending in, and they look to make it even better as the season goes.

“In terms of blending in, nandun sila. ‘Pag nasa loob sila they always make something different na nakakapag-boost up sa buong team. And sobrang nagja-jive kami together so we’ll just continue doing it.”