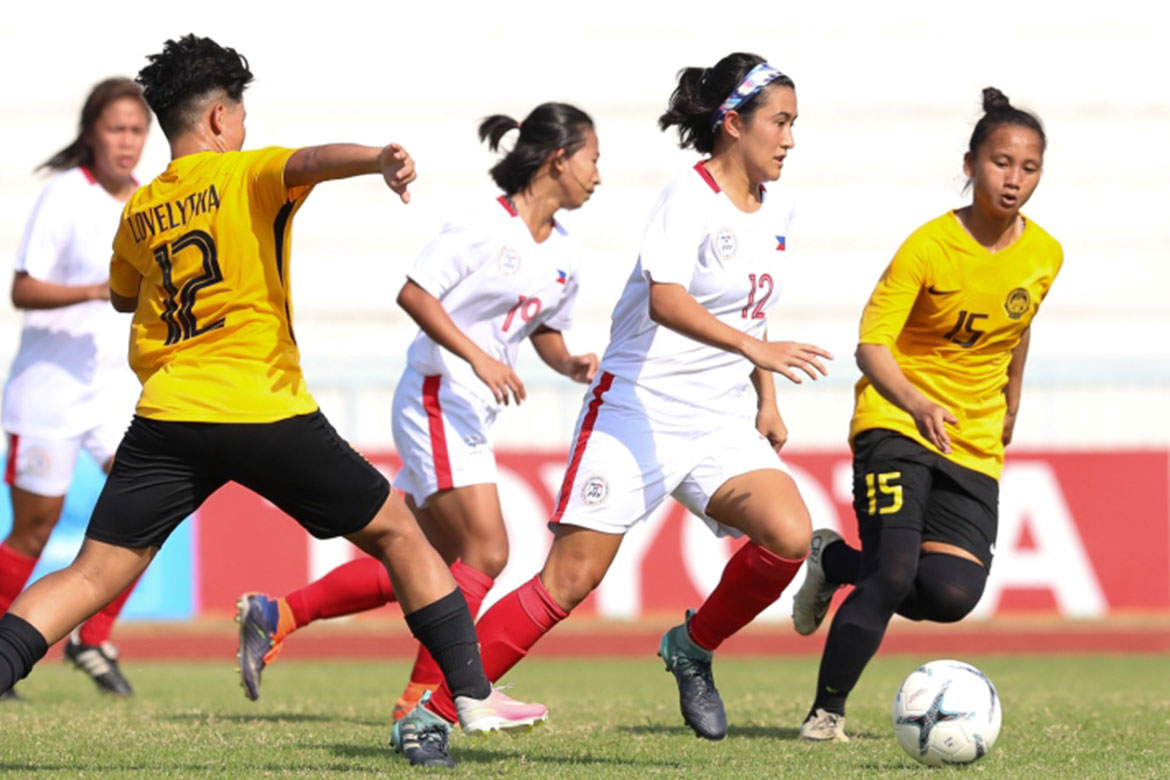 Every team wants a winning start to their campaign. The Philippine women’s national football team got just that in the AFF Women’s Championship opener after a 3-0 beatdown of Malaysia.

Despite what the scoreline suggests, the Philippines were not in full control of proceedings yesterday afternoon at the Institute of Physical Education in Chonburi, Thailand. The ladies in white and red struggled to find their footing in the first thirty minutes as Malaysia rattled them with waves of attack.

Fortunately, a 40th-minute goal from Camille Rodriguez helped the Pinays settle down. Calah Simarago’s free-kick from distance found its way to Alisha Del Campo, whose strike hit the post before Rodriguez cleaned it up nicely for a halftime lead.

With one foot in the door, the Filipinas grew more confident and were rewarded in the 51st minute when another set-piece produced the consolidating goal. Claire Lim picked out Hali Long and despite being some 12 yards away, the header specialist still managed to pop the ball into the back of the net.

A keeper error was the culprit for the third goal when Nurul Azurin Mazlan spilled the ball into the feet of Rodriguez, who only had to slot it in. Nonetheless, Rodriguez picked up a brace in the 60th minute which gifted the Let Dimzon-led side a firm lead en route to the win.

The Pinays absorbed a slight setback when Long and keeper Inna Palacios picked up bookings later in the match, which could prove critical in the coming games and something that Dimzon and her coaching staff will have to ponder on.

“We struggled in the first minutes because of Malaysia’s pressing. But after that, we started to control the game. Good play for us, we had chances to score more but still, we are happy with the result,” said Dimzon.

The PWNFT next face Timor-Leste on Saturday, August 17, at 4:00 p.m. Philippine time.