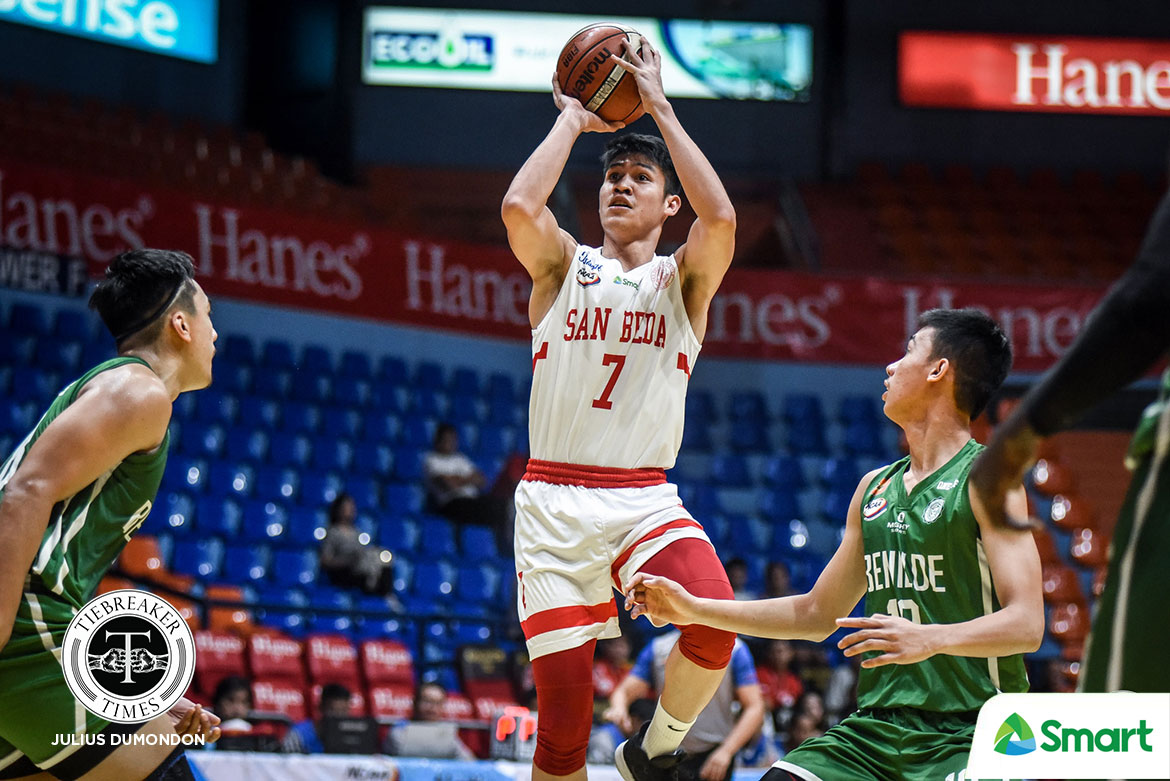 Oftana, a fourth-year forward out of Dumaguete City, was unstoppable in the game, scoring a career-high 27 points on 10-of-13 shooting to go along with nine rebounds and two steals.

With Oftana taking charge, San Beda cruised to a double-digit lead early and never looked back.

“Sa totoo lang I’m really worried about this game. It was a tough game vs LPU and laro agad ng Friday. Come to think of it. CSB has been playing well,” remarked Fernandez as San Beda limited Benilde to just nine first quarter points. “Medyo kinakabahan ako sa magiging reaction namin in the first part. But I’m happy that my players who are starting to play well, and there are players who are solid coming off the bench. “

San Beda would lead by as much as 31 points in the contest.

With the win, San Beda notched its 22nd straight win, eighth straight for the current season. Benilde, on the other hand, dropped its second straight game after starting with a 5-0 slate.

Justin Gutang paced the Blazers with 10 points, seven assists, and five rebounds while Jimboy Pasturan had 10 markers as well.

Yankie Haruna was held scoreless by San Beda for the first time this season. The senior forward still had six rebounds and three assists.

TY Tang was ejected with just six seconds left in the first half after a physical confrontation with a referee. Charles Tiu took the cudgels to coach the Blazers in the second half.