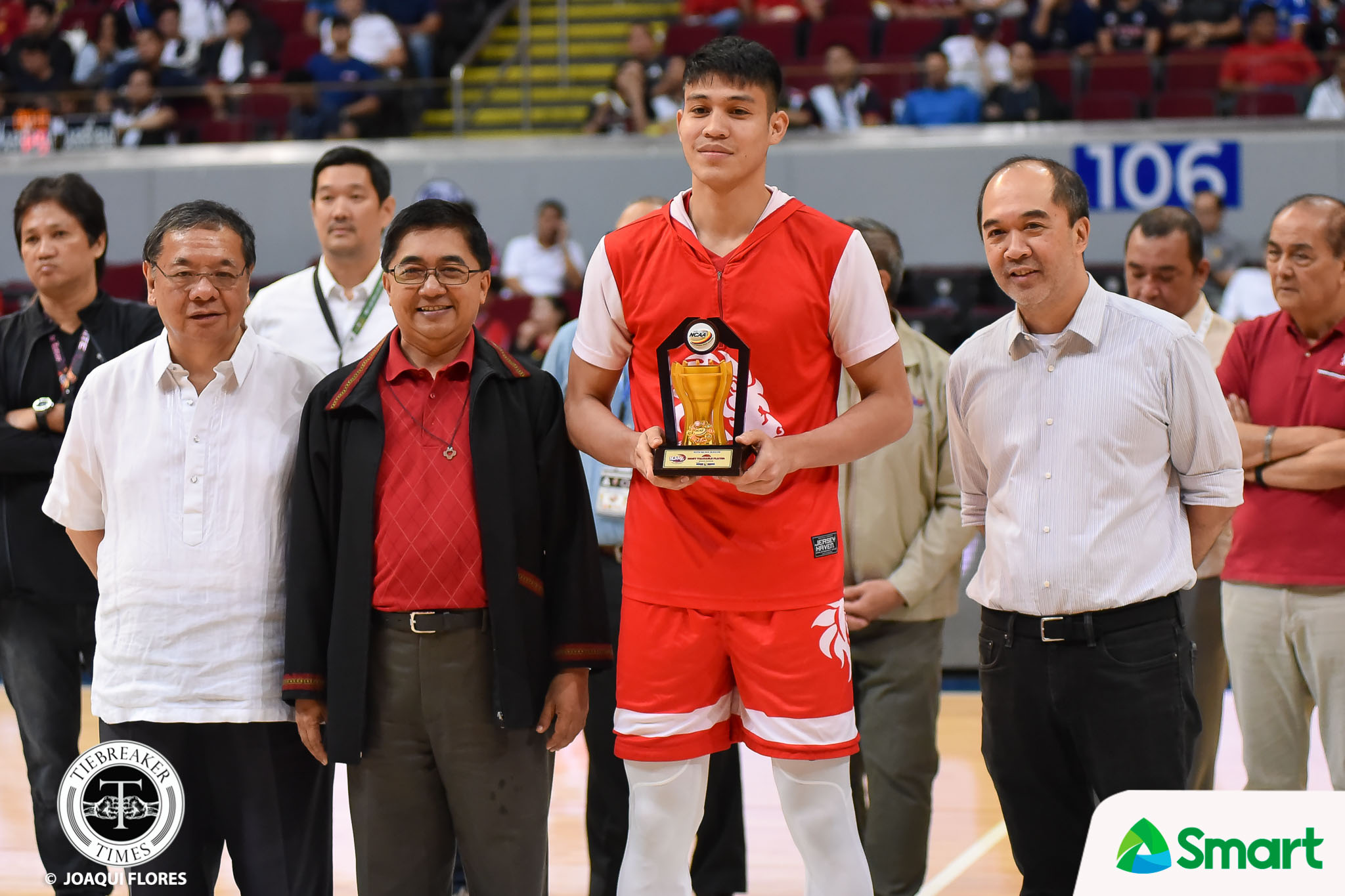 Calvin Oftana was stoic when he received the NCAA Season 95 Seniors Basketball Most Valuable Player plum, Friday at the SM Mall of Asia Arena.

“Kailangan namin manalo,” was all he had to say.

Prior to Game Two of the Finals, Oftana received a handful of awards. Besides the MVP award, he also made the Mythical Five team and the All-Defensive squad.

San Beda is down 1-0 in the best-of-three finals.

Also hailed in the All-NCAA team were Jaycee Marcelino and Allyn Bulanadi. Bulanadi could not make it to the ceremony.

San Beda’s foil Letran only had one player awarded in Fran Yu, who was hailed as the Most Improved Player.

Also part of the Defensive Team were Rookie of the Year Justin Arana, JP Maguliano, Ben Adamos, and Calma.

To close out the ceremony, Tankoua, Nzeusseu, and Arnaud Noah were given plaques. Season 95 will be the last year foreigners will be allowed to play in the Grand Old League.

‘Hometown advantage’ not an issue for Ramon Gonzales