Last Saturday, Ateneo Blue Eagles rookie Angelo Kouame could not help being rattled. And it was because of the jeering he received from the UP community.

“I mean, it has an impact on me, especially right now. I really feel that; I never thought it’s gonna happen but this has happened,” lamented Kouame.

“I have to accept that and live with that cause it’s my rookie year.”

This came after the UP fans judged that he had made a dirty play against Bright Akhuetie. The Nigerian Isko crumpled to the floor, and had to be stretchered off.

Upon seeing the stories regarding the lowered morale of the 20-year-old Ivorian, Akhuetie – this season’s Most Valuable Player – immediately reached out to the Rookie of the Year.

“That was kind of motivation for me. Bright is kind of like an older brother to me,” expressed Kouame.

“We are both from Africa, and we understand each other. So when he texted me so I was like, ‘Hey, I’m really sorry for what happened,'” he admitted.

“He told me that – just go to your game, play the game, don’t mind the crowd, because these things happen. He told me if it was the same for him, he was gonna be the same, so like – just do your thing. And I really appreciate it.”

Motivated by the words from someone as decorated and well-respected as Akhuetie, Kouame was able to play his game. 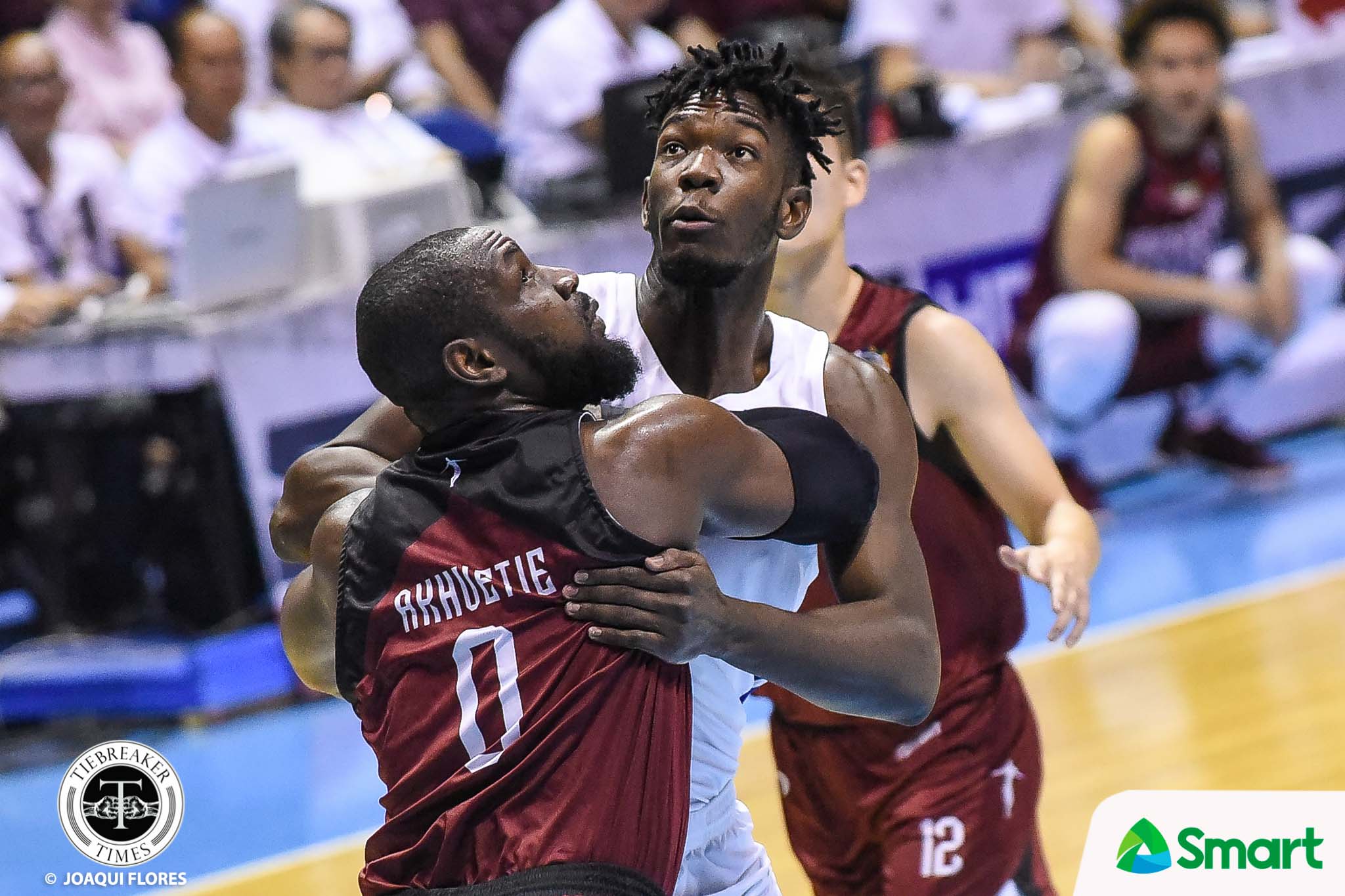 After finishing with 12 rebounds, seven points, a steal, and a block in Game One, the 6-foot-10 big man proved pivotal in Ateneo’s title-clinching win. He finished with 22 points on 9-of-14 shooting, to go along with 20 rebounds and two blocks.

“I didn’t mind that today.

“I know it’s gonna happen, so I was like putting in my mind that I have to step up and enjoy the game. That is what I did today,” he said about the boos he received.

But it’s not just the words of encouragement he received from Akhuetie that fired him up. Many expressed their support for Kouame on social media.

After seeing their messages, Kouame is fueled to win four more for the Blue Eagles.

“I want four more! That’s the goal – who’s gonna deny that?” he quipped.

“I still have four more years, so hopefully those four years will be good.”

Even if Baldwin ‘didn’t want him to play’, Bright Akhuetie still shows heart