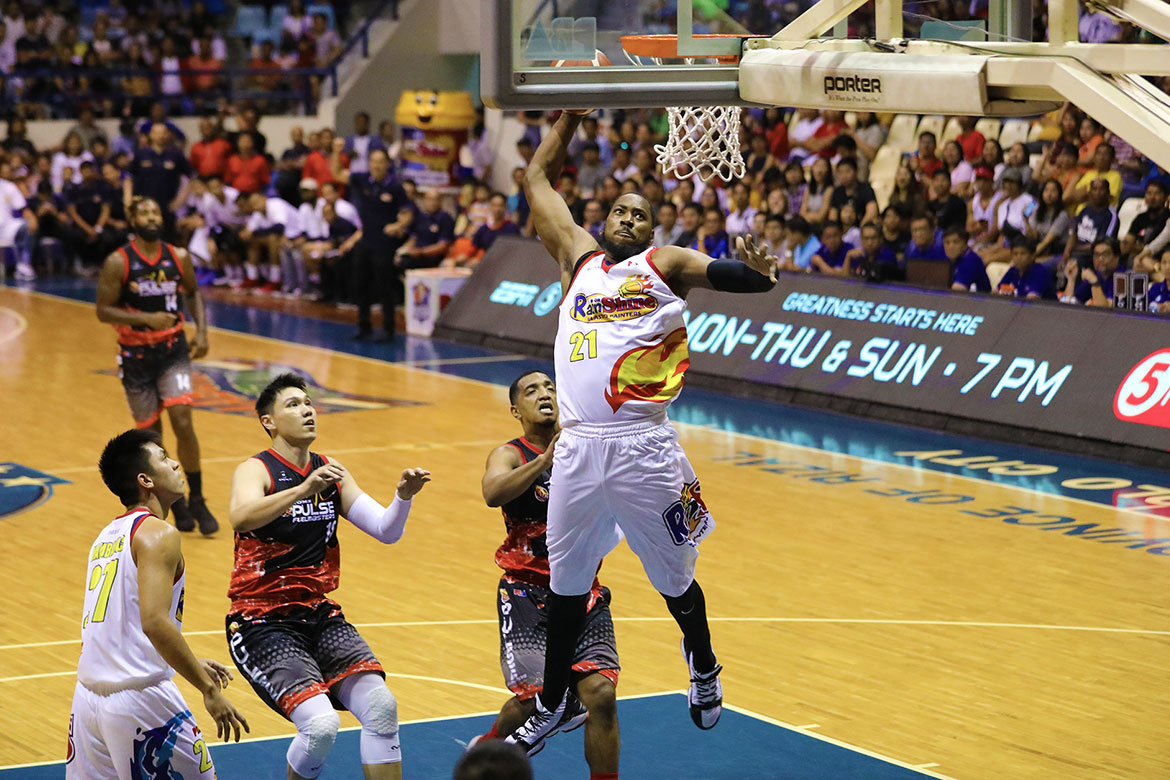 Denzel Bowles and Rey Nambatac joined hands down the stretch to lift Rain or Shine past Phoenix Pulse, 89-82, for their second win in the 2019 PBA Commissioner’s Cup Sunday night at Ynares Center in Antipolo City.

Bowles’ three-point play with 2:20 left to play gave the Elasto Painters an 82-80 lead, and Nambatac’s four straight points widened it to six with 1:58 to.go. Those blows knocked out the Fuel Masters, who once led by 10 early.

The 2012 Commissioner’s Cup Best Import led Rain or Shine with 28 points — 16 in the fourth alone — and 14 rebounds as Nambatac finished with 11 markers.

But despite being able to find ways to win, Elasto Painters head coach Caloy Garcia was far from satisfied. The outspoken bench strategist lamented the way his wards took care of the ball as they committed 22 turnovers.

“Medyo nakaka-frustrate lang ‘yung turnovers namin. I feel like for professional players, we shouldn’t be turning the ball over like that,” said Garcia. “We’ll take the win but I think we’ll have to work harder on our execution.”

James Yap had 15 markers as well on a 60-percent shooting clip from the field but he was not able to finish the match anymore no thanks to a groin injury. The two-time league MVP left with 7:29 remaining in the third quarter.

Richard Howell has bounced back from his off night in his first game back in June 7 as he had 27 points, 11 rebounds, three assists, and a block to lead Phoenix. But he got fouled out with 3:40 remaining in the fourth quarter.

Matthew Wright had 15 points while LA Revilla had 12 markers in the loss that dropped Phoenix to 1-3.