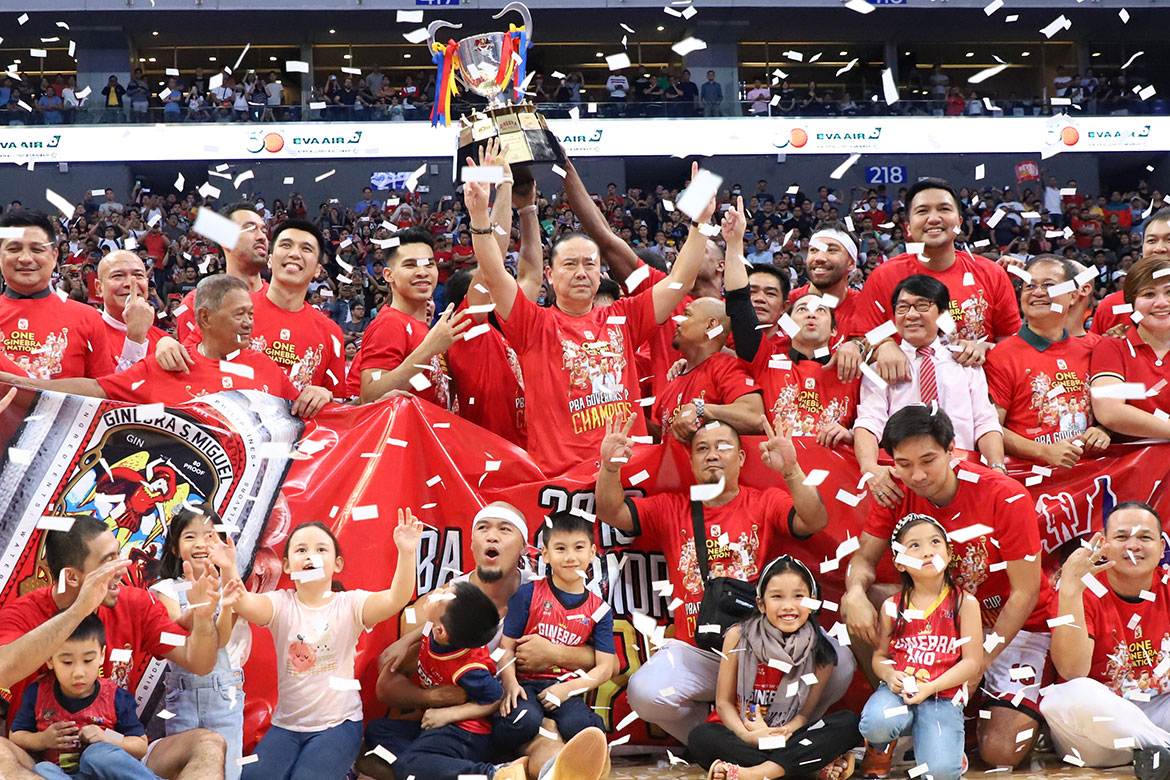 As the confetti showered inside the SM Mall of Asia Arena, SMC Sports Director Alfrancis Chua basked at the moment.

The cunning yet kindhearted sports official had just received the best birthday gift he could possibly receive.

Out of the four championships the Gin Kings have won under his watch, the 2019-20 PBA Governors’ Cup crown was the sweetest, since it came on his 55th birthday.

The NSD Nation was a huge part of Ginebra’s huge second half surge against their arch-rival.

In Game Five, Ginebra was down by as much as 14 points entering the half. The quartet of Justin Brownlee, Japeth Aguilar, Stanley Pringle, and Scottie Thompson then combined turned things around.

For Chua, the roar of the crowd carried the Gin Kings’ surge. And so Chua wants to break from SMC tradition.

Every championship won by either Ginebra, San Miguel, or Magnolia is usually celebrated inside the San Miguel Corporation compound in Ortigas. But how do you fit the 15,146 fans that trooped to the Arena and the thousands more watching at home?

Well, Chua has an idea.