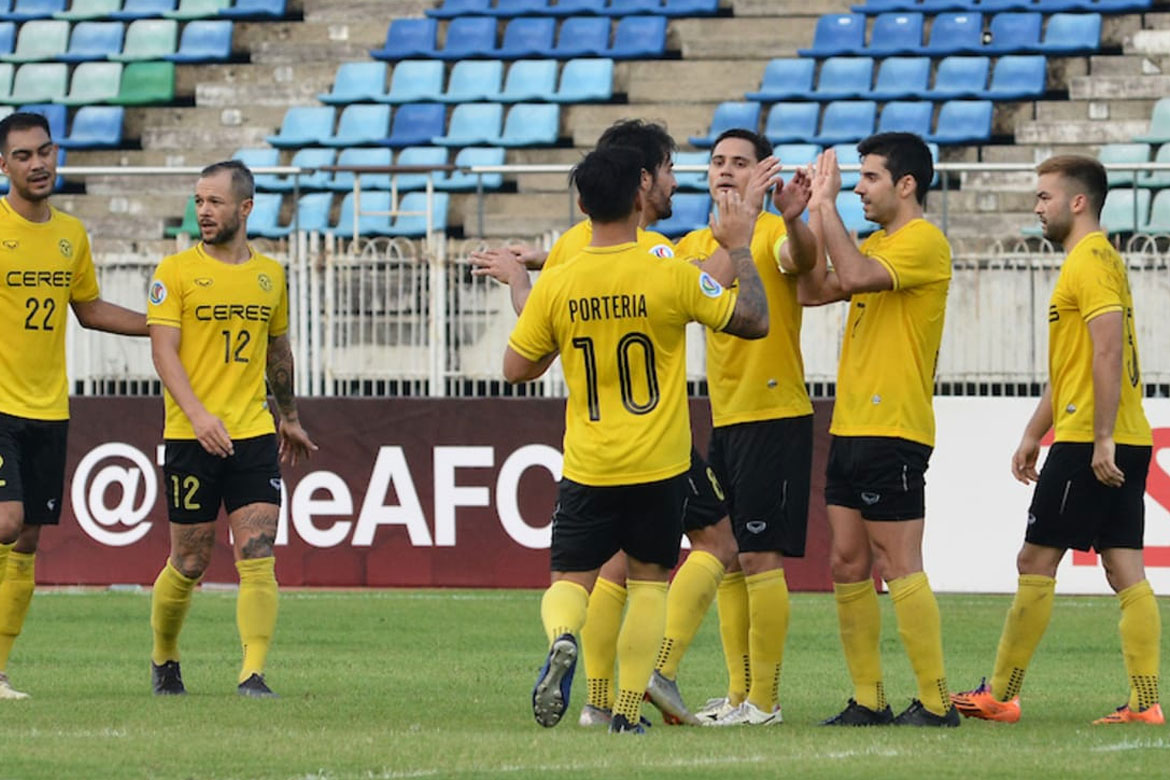 Truth be told, Ceres-Negros Football Club’s progression from Group G in the 2019 AFC Cup felt like a procession rather than a long journey of penitence.

The result secured Ceres a ticket into the Zonal Semifinals of the competition, as it is assured of first place in the group with 15 points and one fixture left to go. On the other hand, Shan United is yet to get a single point in its campaign.

The Bacolod-based club dominated throughout the 90 minutes, and was good value for its impressive scoreline. Maranon struck from close range in the 38th minute; he then converted a penalty five minutes later, which was awarded after a foul on Mike Ott.

The Spaniard then completed his hat trick in the 71st minute when he coolly finished past Shan goalie Phone Thitsar Min. The moment marked the fixture as the second game wherein Maranon has scored three goals in the tournament. The first one came against Becamex Binh Duong FC at the Gò Đậu Stadium in Thu Dao Mot, Vietnam, last March 12, 2019.

With the contest all but won, Ceres still managed to compound the home side’s woes late in the game. Defender Carli de Murga scored his first goal in the tournament this season 10 minutes from time, while substitute OJ Porteria produced a goal off an Ott assist in the 85th minute.

Ceres ends its group stage campaign on May 15, 2019, when it hosts Becamex Binh Duong FC at the Panaad Stadium in Bacolod City. Kickoff is at 8:00 PM.