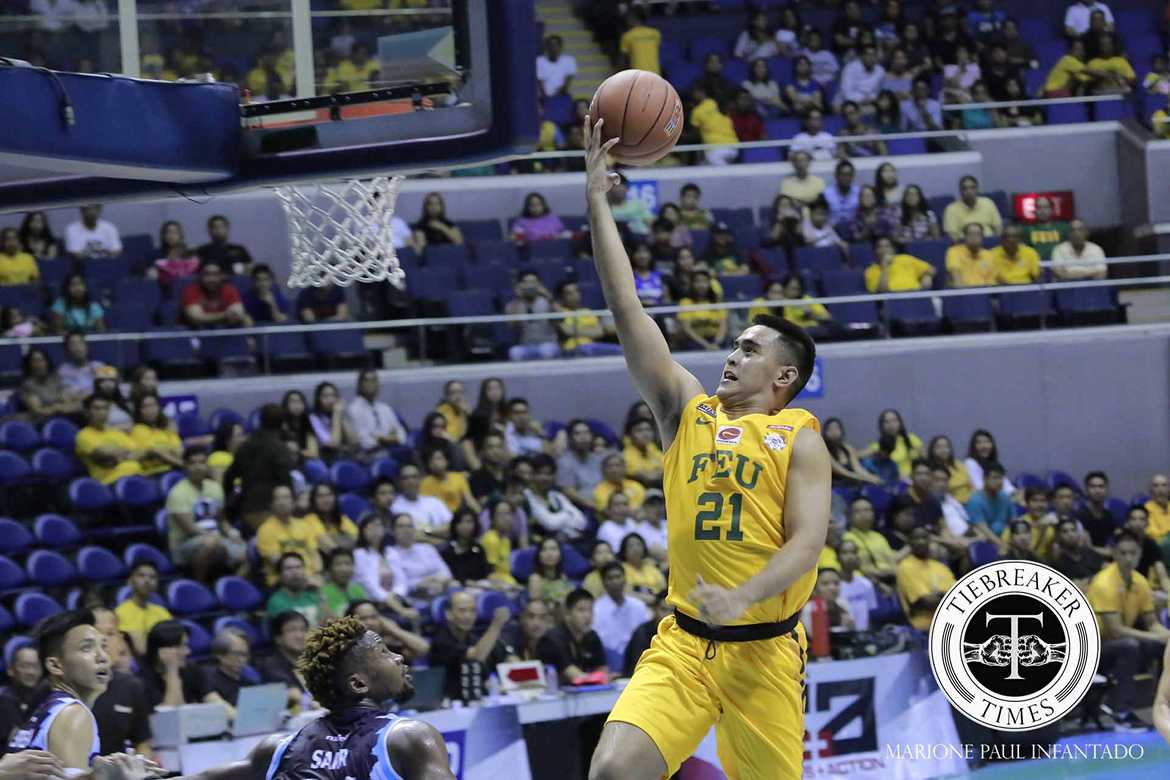 FEU’s well-balanced attack was led by former Adamson guard Axel Inigo. Inigo scored 13 points on an efficiente 5-of-7 shooting from the field to go along with four rebounds and four assists.

“Si Axel and si Kimlee [Bayquin] came from Adamson. That’s why I would like to thank Adamson for them,” FEU head coach Nash Racela quipped.

After a close first half that saw both teams exchange leads a total of 12 times, the Tamaraws were able to break away in the third frame. The hustle of Escoto sparked a 10-4 spurt capped by an Inigo floater to give FEU its biggest lead, 53-42, with 1:05 remaining in the quarter.

Adamson had a tough time cutting the lead in the final frame as their youth and inexperience showed. The Falcons committed numerous unforced turnovers and forced tried to heavily rely on big man Papi Sarr.

The San Marcelino cagers could only cut the lead to as low as six points, 59-53 with 5:51 remaining while baskets by Escoto and Inigo extended the Tamaraw lead to double-digits up until the final buzzer sounded.

“I think we did well defensively. Limiting them to just 65 after scoring 103 or 104 points against UP,” Racela added. “Team defense lang. Guys were helping each other out.”

Ahanmisi continued his spectacular start to the season, scoring a team-high 19 points on 50 percent shooting. Sarr was limited to just 11 points and seven rebounds while committing four turnovers.

The FEU Tamaraws (1-1) will have the Ateneo Blue Eagles next on Wednesday, September 14 at 2:00pm. The Adamson Soaring Falcons (1-1) will face the same team on Saturday, September 17 at 4:00. The former will be played at the SM Mall of Asia Arena while the Adamson-Ateneo tilt is set to take place at the Big Dome.