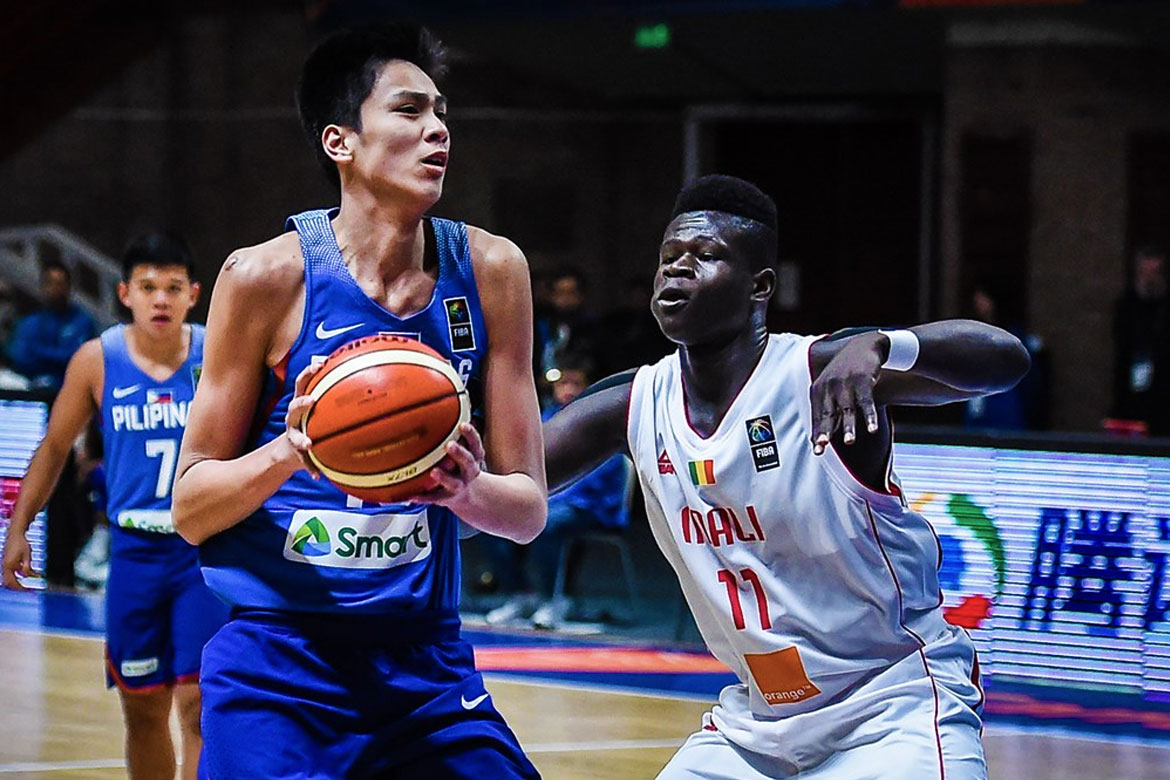 Victory remains elusive for the Under-17 squad of Batang Gilas Pilipinas.

Facing the 29th team in the world, Batang Gilas absorbed a crushing 59-95 loss at the hands of Mali in the classification phase of the 2018 FIBA Under-17 World Cup, Saturday morning at the Technological University Stadium in Sante Fe, Argentina.

San Beda standout Yukien Andrada and De La Salle-Zobel ace Raven Cortez paced the Philippines with 10 points each. However, Batang Gilas could not get things going beyond the first 10 minutes of the contest.

Mali stifled the youth team in the third frame, as they were limited to just 12 points while Mali continued to ride the momentum it gained in the second quarter.

The lead would only grow in the final frame as a demoralized Philippine-side suddenly stopped in the final 10 minutes.

Gerry Abadiano’s hot streak came to an end, as he only managed to put up five points on eight shots. Gilas cadet Kai Sotto was limited to just six points and six rebounds as well.

Batang Gilas will still have a chance to come back home with a win, as the young Filipinos take on the loser of the Dominican Republic versus Egypt tiff. A loss in that tilt will  drop the Philippines down to the 15th place match.