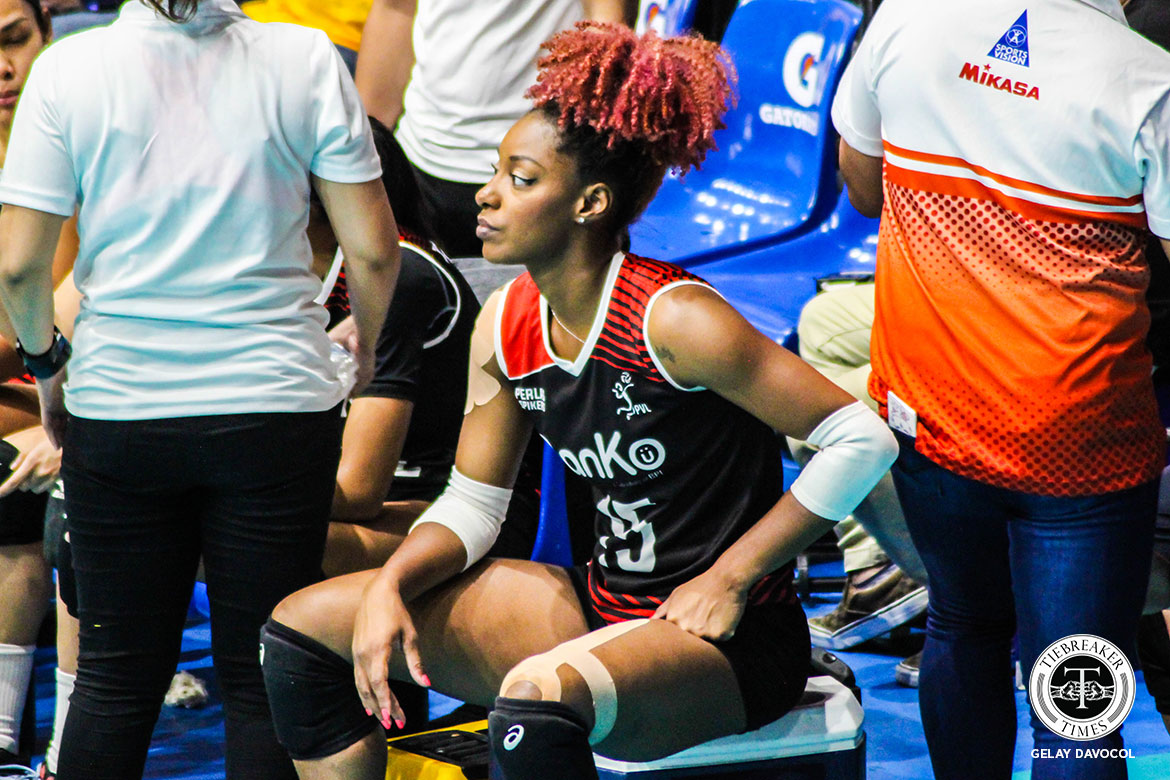 BanKo imports Kia Bright and Yasemin Yildrim came off the bench for the first time this conference.

Starting for the Perlas Spikers in their first five games, the two towering reinforcements did not get their names called as starters during tip-off in BanKo’s tiff against the unbeaten Petro Gazz, Wednesday afternoon.

And according to the team’s captain, Nicole Tiamzon, it is nothing but a decision made by the club’s officials – one that the players cannot help retract nor question.

Tiamzon and the rest of the locals did just that.

To open the match, the quartet of Tiamzon, Dzi Gervacio, Sue Roces and Kathy Bersola led the Perlas Spikers to a 22-17 lead and were on the cusp of an early advantage.

Though the Angels came from behind to steal the opening salvo before ending the game in four sets, Tiamzon cannot help but be elated for the performance the BanKo locals have strung, especially since they have also tainted Petro Gazz’s 17-set unbeaten streak in the third set.

“And it’s all about the teamwork inside kahit walang mga imports sa loob.”

Moreover, Petro Gazz head coach Arnold Laniog pointed out how good of a team BanKo had been without their foreign players.

Tiamzon also lauded her team, the locals in particular for carrying the cudgels amid the minimal playing time of two of their potent scorers.

At the end of the day, as Tiamzon stressed, volleyball is played by a team and not by individuals.