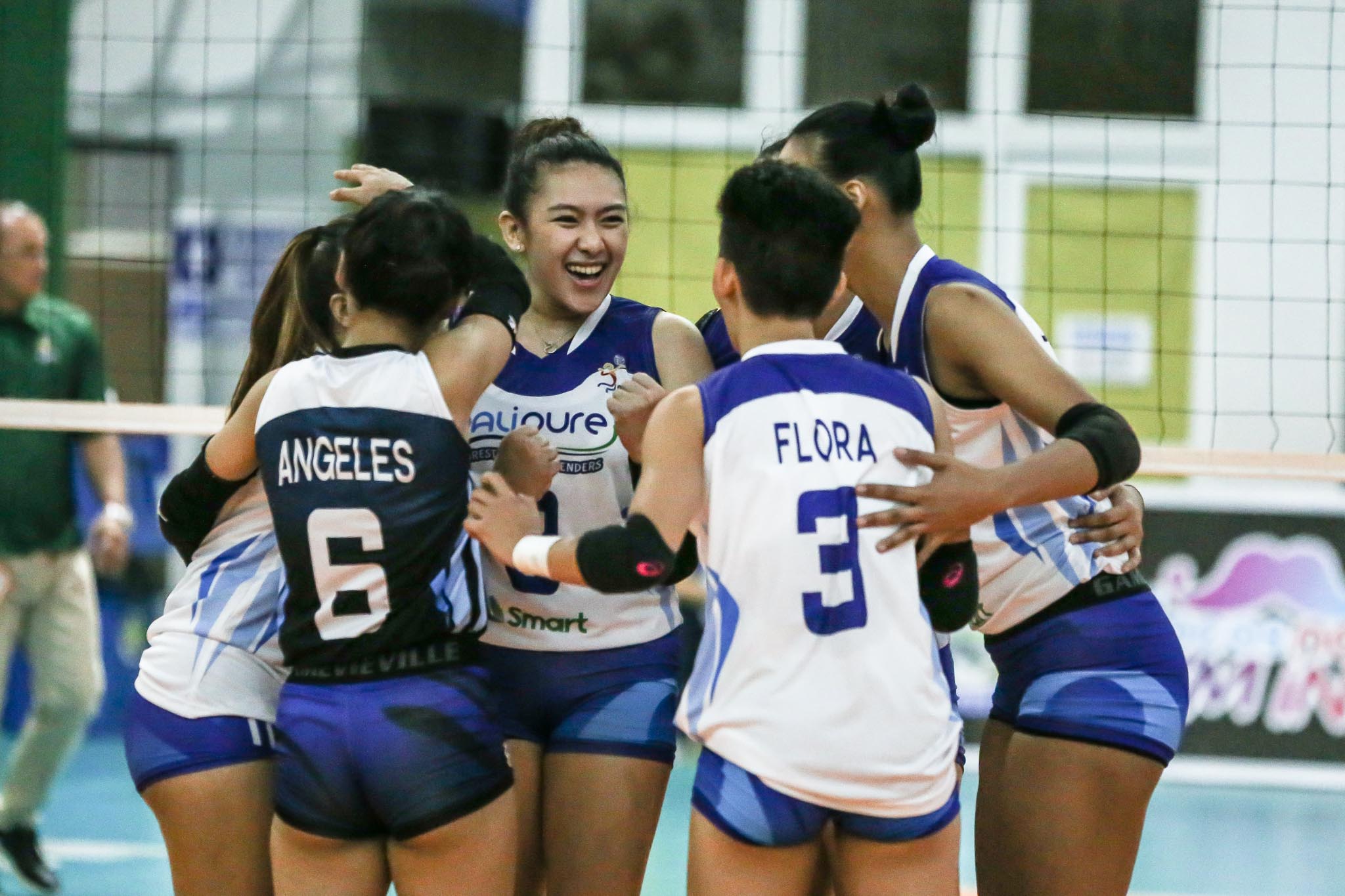 BACARRA, ILOCOS NORTE – Coming off a monumental win against Chery Tiggo, Graze Bombita and Gyra Barroga made sure that the BaliPure magic will continue against Cignal on Sunday night.

This, as the two helped the Water Defenders buck an opening set loss to take down the HD Spikers in four sets, 21-25, 25-20, 25-22, 25-22, for their second-straight win in the Premier Volleyball League Open Conference here at the PCV Socio-Civic and Cultural Center, Sunday night.

The win put BaliPure at a 2-1 record — tied with Chery Tiggo and Petro Gazz at the third spot.

Barroga’s four consecutive aces sparked a 13-5 start for the Water Defenders in the crucial fourth set.

After eventually extending the lead to nine, the Water Defenders was once again hampered by a couple of errors which brought Cignal to within three, 18-21, capped by back-to-back hits from Janine Marciano.

Bern Flora ended the drought for BaliPure, but Marciano countered quickly to cut the lead to three again.

Flora once again came alive for BaliPure, but Rapril Aguilar, Marciano, and Ayel Estrañero put Cignal behind by just one point, 22-23.

Bombita then put the Water Defenders at match-point before Satti Espiritu scored an ace to end the match, 25-22, in the fourth set.

Bombita continued her offensive exploits with a team-high 19 points while Flora put herself as the perfect second fiddle to the former with 14 points off ten attacks and four aces laced with 21 digs and 17 receptions.

Barroga and Gen Casugod added 12 markers each with the former tallying a whopping five aces in the match.

Alina Bicar was also impressive tossing 23 excellent sets to go along with 18 digs and four points.

Cignal averted a late collapse in the first set to take a 1-0 advantage through a 25-21 result.

BaliPure, however, quickly bounced back from a slow first set, taking a 25-20 win in the second set and a 25-22 victory in the third for a 2-1 advantage.

Janine Marciano fired 19 points with 10 digs for the HD Spikers who suffered their third loss in four outings. Jheck Dionela also had 18 and 15 excellent digs and receptions, respectively.

Cignal will next face Choco Mucho on Tuesday at 3:00 PM while BaliPure will square off against Creamline on Wednesday at 6:00 PM.