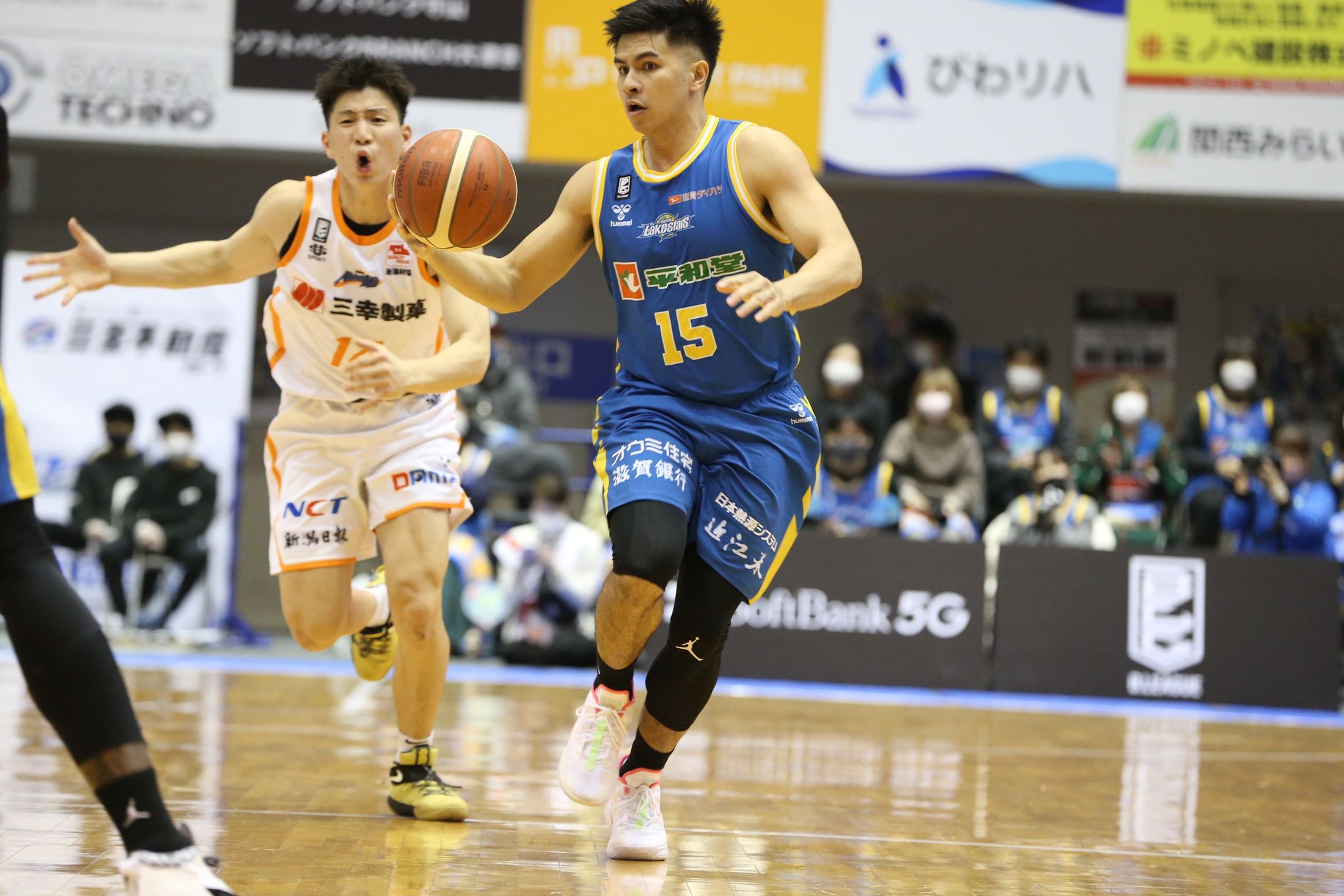 Kiefer Ravena could not be the hero for Shiga as his side was dealt an 83-84 heartbreaker by Gunma in the 2021-22 B.League season, Wednesday at the Ota City Sports Park Civic Gymnasium.

With 3.5 seconds remaining and the Crane Thunders up by one, Ravena received the ball from the inbound. He was able to drive from the left corner, freeing himself up just below the foul stripe.

Ravena went his patented jumper but the ball only hit front rim as time expired.

Tough was this loss as it was the Lakestars’ 14th straight loss, losing all of its games this month.

Trey Jones though was able to score on an up-and-under with 31.8 seconds remaining to cut Shiga’s lead down to one. A miss by Ravena, later on, led to two free throws for Jones with 3.5 ticks on the clock that gave Gunma the lead.

Naturalized Japanese player Michael Parker led the way for Gunma with 20 points and nine rebounds while Jones ended up with 17 points, five rebounds, and five assists.

Shiga looks to start the penultimate month of the league on the right note when it faces league-leading Ryukyu this weekend at Okinawa Arena.