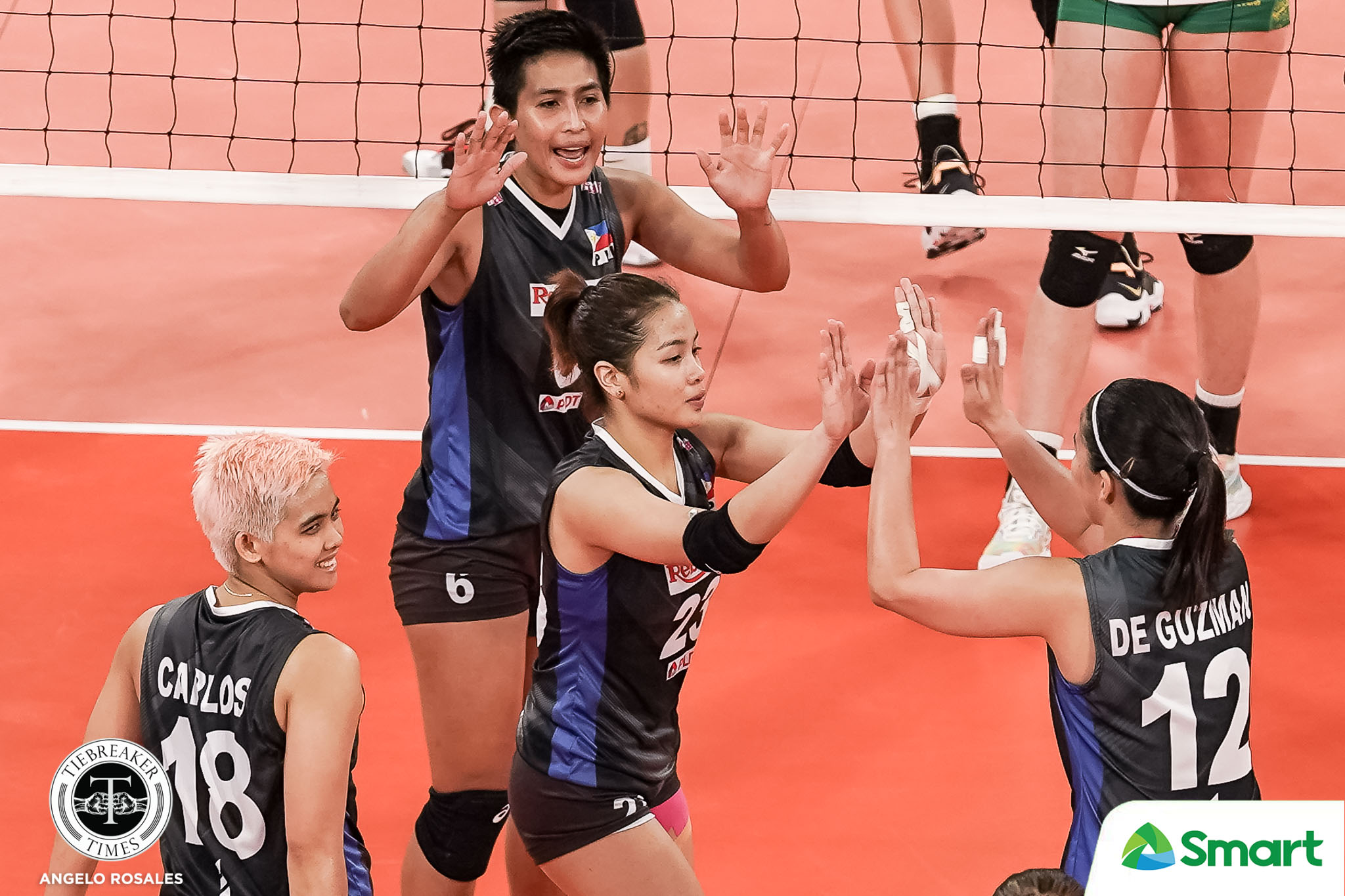 Tots Carlos ended the long two-hour match on her own terms, scoring four kills in the fifth including that game-winning spike. Fellow outside hitter Jema Galanza likewise provided five markers in the deciding frame.

Carlos eventually ended with a game-high 26 points on 25 attacks and one block, while Galanza added 17 spikes and a service ace.

“Everyone was really supporting each other; everyone was really vocal, kahit yung mga nasa labas. And syempre yung crowd. Syempre home crowd to, dito rin kami humuhugot ng lakas,” captain and setter Jia De Guzman, who ended with four points and 32 excellent sets, said of what pulled them through.

Capitalizing on the Philippines’ short recovery time, the visitors jumped into a strong start with great service. They eliminated chances for plays in-system en route to taking the opening set.

Panaga and Carlos, though, had their good service stints where they disrupted Australia’s passing in the first two frames. And with better lines, the Philippines finally got to score in tempo to take the second.

The Volleyroos returned to their impeccable service in the third set to take a huge 15-3 advantage. And despite that huge fightback from the Philippines, it led to a 2-1 set advantage.

With the fourth knotted at 17, De Guzman took advantage of Australia’s own passing woes for a 23-17 lead. That eventually sealed the equalizer and the match went to a decider.

Middle blockers Celine Domingo and Jeanette Panaga chipped in 15 and six points, respectively. The former scored on 11 spikes, three blocks, and one service ace, while the latter finished with six spikes.

Caitlin Tipping paced the visitors once again with 25 points on 14 attacks, five service aces, and six blocks. On the other hand, Stephanie Weiler toyed with the Philippine defense with 16 attacks and one block for a total of 17 markers.

The Nationals will take on Chinese Taipei for fifth place on Monday at 1:00 PM. Meanwhile, the Volleyroos will battle Iran for seventh earlier in the day at 10:00 AM.