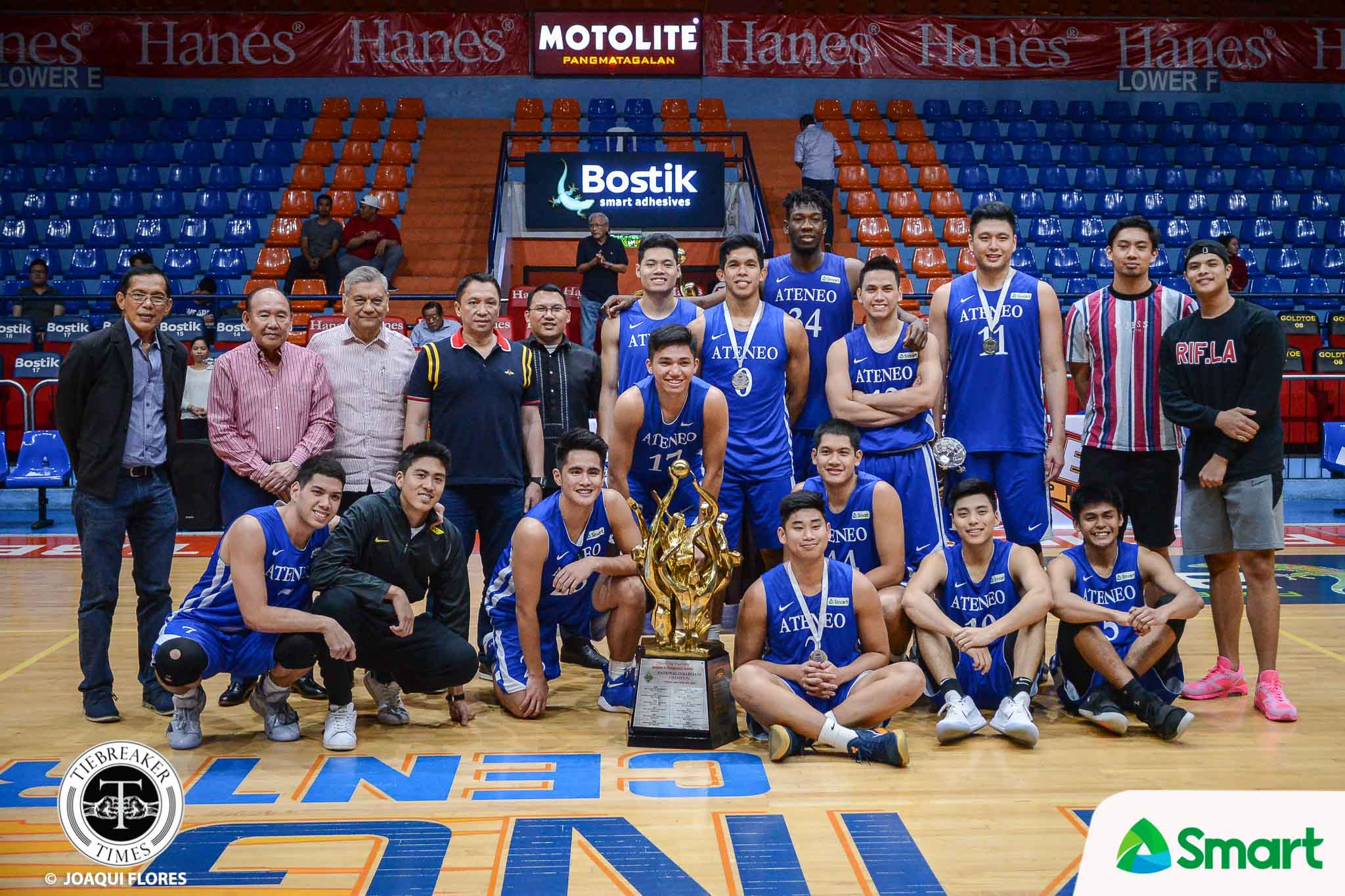 This batch of Ateneo de Manila University Blue Eagles have a knack of collecting trophies.

“These guys have achieved a lot over the last year. It feels funny playing games that now, we’re representing the 2018 team. Coaching staff’s already planning for 2019, but it’s nice to cap it all off with a couple of wins,” said Ateneo head coach Tab Baldwin.

After a three-game series against NCAA champions San Beda Red Lions last week, the Blue Eagles wasted no time in blasting the Green Lancers, going up 18-9 to end the first 10 minutes of gametime.

The quartet of Isaac Go, RV Berjay, BJ Andrade, and SJ Belangel provided the spark for the Blue Eagles.

Go led Ateneo with 15 points built on four triples while Andrade and Berjay chipped in 13 and 12 markers each.

Though the duo of Rey Suerte and Bassieru Sackor put up a brave stand in the second stanza, Ateneo proved to be just on another level as the lead would balloon to as high as 33 points, 84-51, with 7:36 left.

Suerte, who will join the Che’Lu Revellers in the D-League, had a game-high 26 points while Liberian Sackor tallied a double-double with 16 points and 12 rebounds.

Unlike Ateneo, UV had to go through the ringer to get to the national championship as the Green Lancers needed to knock off Luzon-NCR Regional champions Naga College Foundation Tigers in a three-game series last month.

Go, Andrade, Ravena, Suerte, and Sackor were named to the All-Filipino team with Go being named as the tournament MVP.

“We are looking ahead to 2019 and we’re gonna have an incredibly competitive environment. We’ve been talking last year on who’s gonna make the team and who’s not. We’ll be talking a lot about that this year. We see the value of our B-Team program, that’s what it’s supposed to do,” gushed Baldwin.