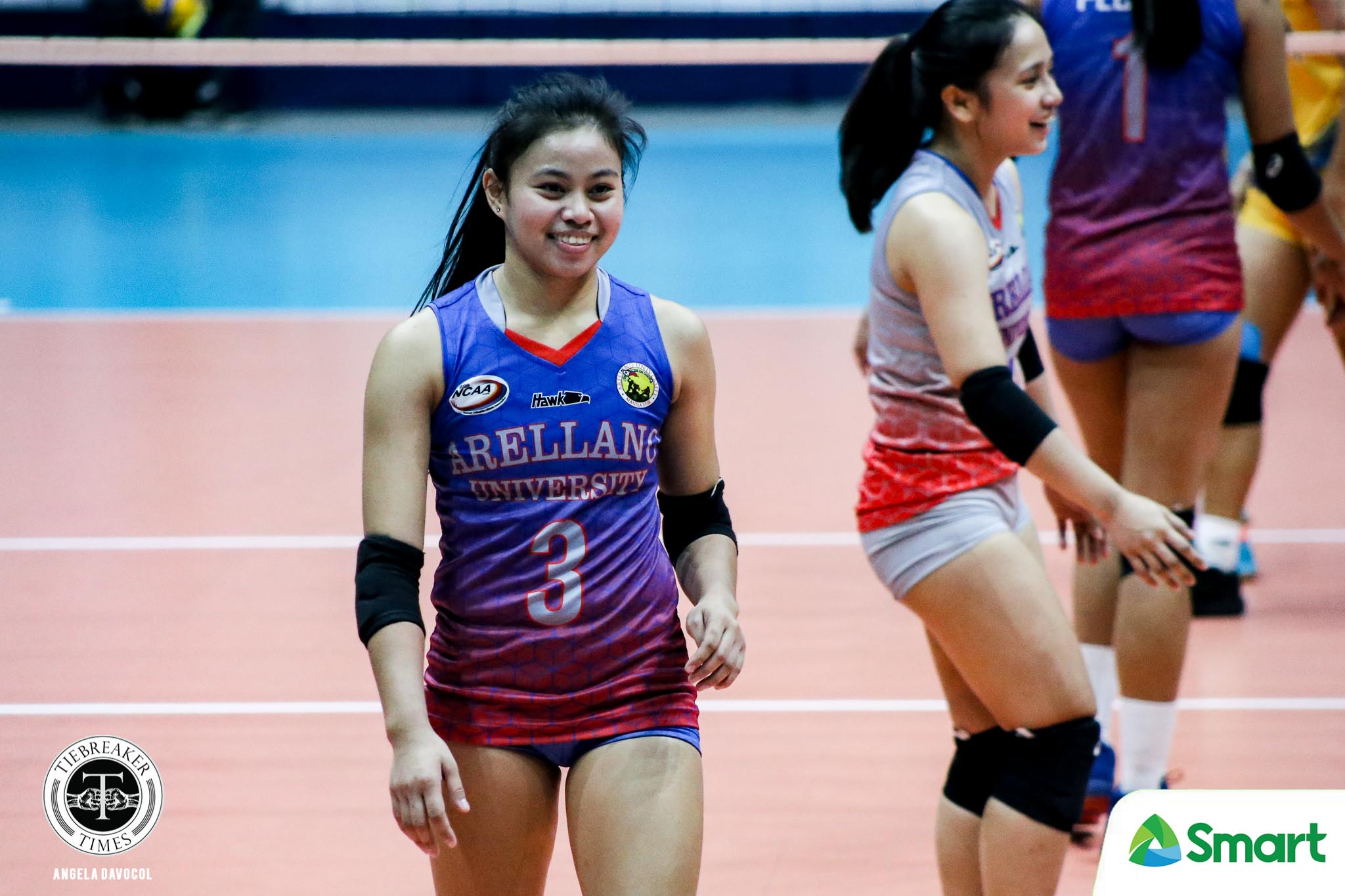 Regine Arocha continued to spearhead the Lady Chiefs’ offensive thrust. She put up all but one of her game-high 12-point output while collecting 15 excellent digs, keeping their slate pristine at 3-0. Carla Donato and Princess Bello also proved instrumental with 10 and eight markers, respectively.

But besides its scoring, Arellano also put a premium on net defense.

The Lady Chiefs’ blocking might have not spelled the biggest difference, as they had 10 to JRU’s eight. But it was enough to limit prolific scorer Dolly Versoza — who normed 18.5 points in their first two games — down to a season-low eight markers.

Sarah Verutiao orchestrated Arellano’s offense to the tune of 19 excellent sets, with the Lady Chiefs outgunning the Lady Bombers with a 36 to 20 differential.

True enough, the Lady Bombers have found themselves in a slump. They have now lost in succession following an opening day win at the expense of San Sebastian, falling down to the middle of the pack with a 1-2 card.

Besides Versoza, Renesa Melgar and Mary Ruiz were also held down to as low as five markers apiece.

Arellano will collide with San Sebastian on Saturday, January 25, in a bid to preserve its pristine slate. Meanwhile, JRU will try to snap out of its funk when it faces Lyceum on the same day. Both matches will be held at the same venue.