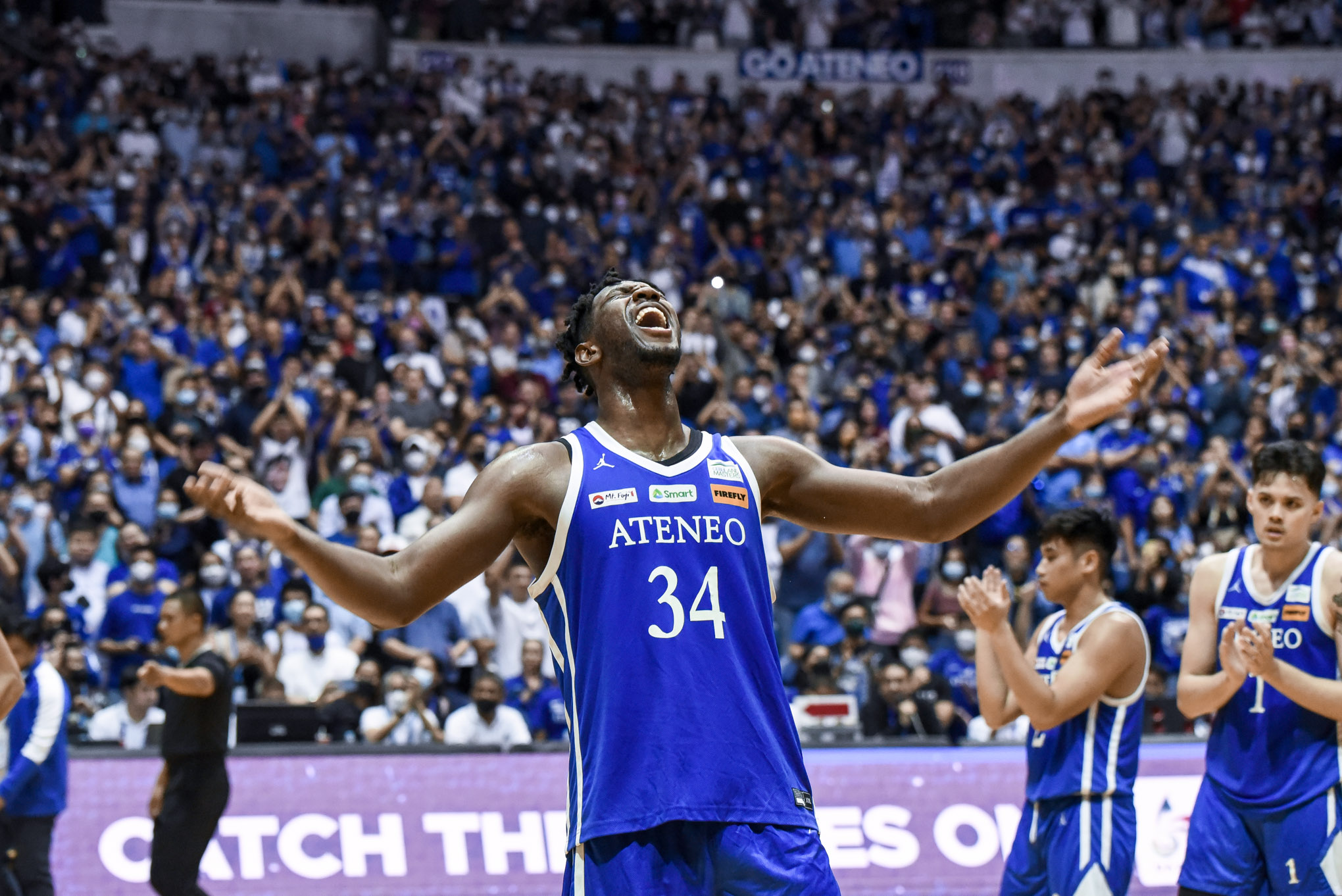 From Ateneo de Manila University’s championship core that was founded in 2017, only Ange Kouame remained in UAAP Season 85.

When it came to individual brilliance, though, it was just Kouame who had all it took to shine as bright as the greatest of stars.

As it turns out, that was all Ateneo needed to get back at modern-day rival University of the Philippines and reclaim the crown it can wear again for the fourth time out of five. 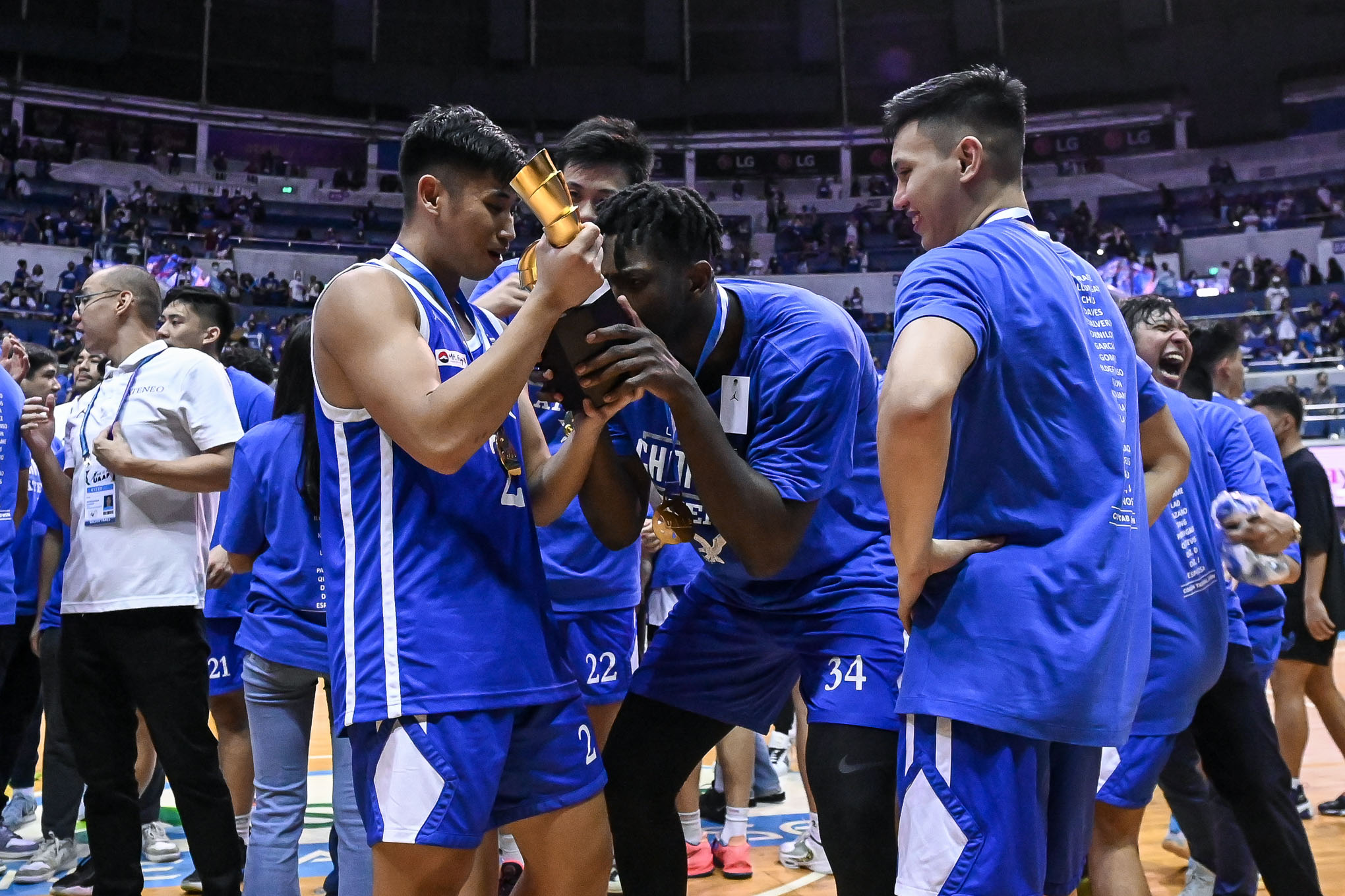 “It means a lot, man. It’s the best season that I’ve ever had in my life,” he quipped post-game, smiling ear-to-ear.

The naturalized big wasn’t quite himself in the earlygoing of the tournament, as he was still recovering from a meniscal sprain and partial ACL tear he suffered last June. His per game counts of 10.3 points, 10.5 rebounds, 2.5 blocks, and 2.1 assists were, without a doubt, below his MVP norms of 12.8 markers, 11.0 boards, 2.1 swats, 1.7 dimes, and 1.0 steals just seven months ago.

Kouame was saving his best for last, though. Maybe.

After the Fighting Maroons took Game 1 of the best-of-three finals and moved a win away from back-to-back titles, the 6-foot-10 big stood as the biggest and baddest obstacle. In a must-win Game 2, he pounded in 15 points, 10 rebounds, and two blocks to make sure the Blue Eagles were alive and kicking.

Then in the winner-take-all Game 3, he delivered 19 points, 11 rebounds, three blocks, three steals, and two assists, all while being the greatest difference-maker for the blue and white, outplaying new top individual player Malick Diouf as well as Carl Tamayo and Henry Galinato. Truth be told, really, anybody UP put in front of him.

And so, of course, it had to be Kouame who was the undisputed Finals MVP.

More than the numbers, however, it was his leadership, it was his voice that was the biggest difference in this latest Ateneo championship. 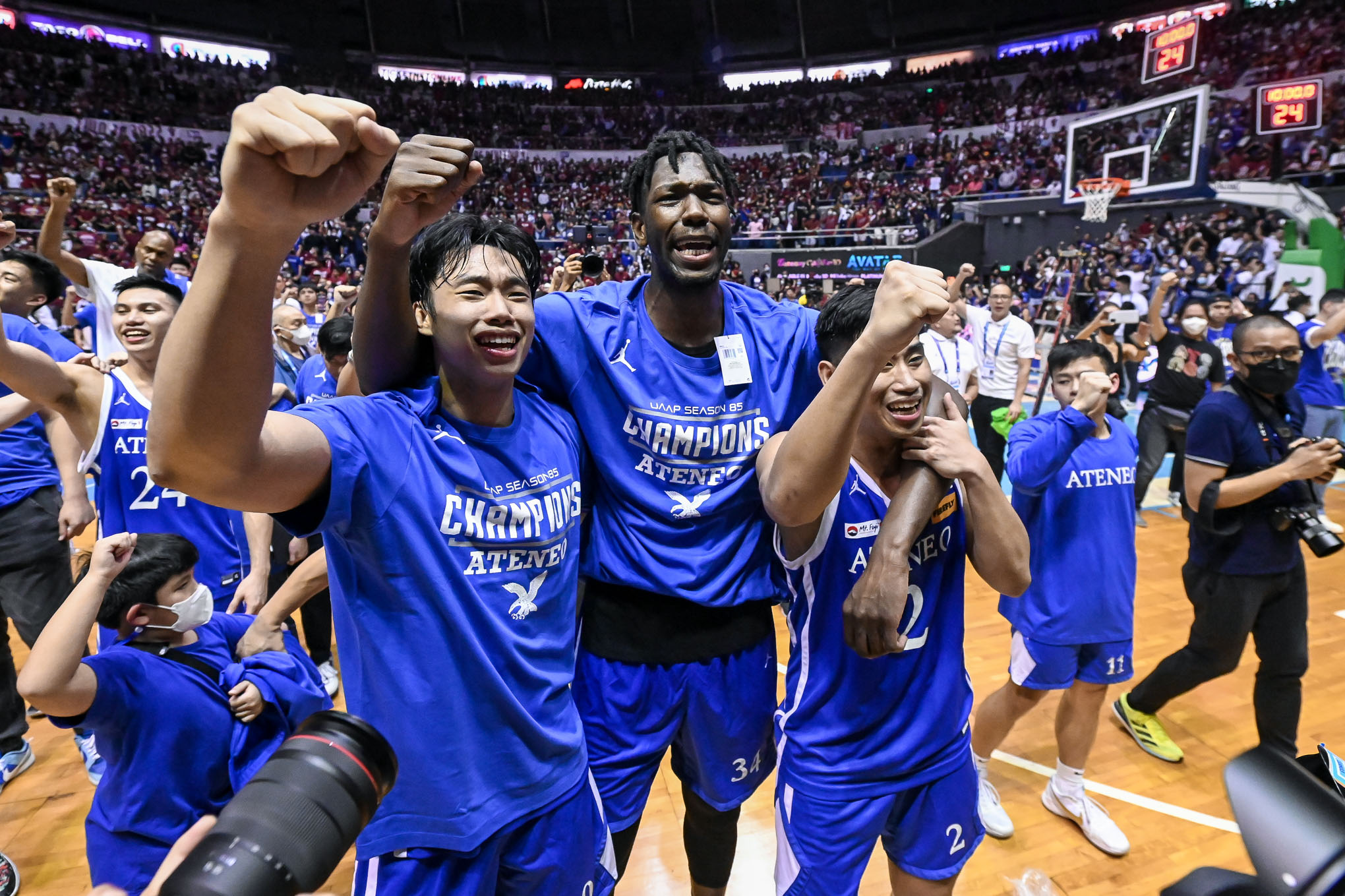 As head coach Tab Baldwin put it, putting he and Andrade together, “A lot of people doubted these guys, and I think there were times when it was kind of easy to doubt them. Look at them now. Look at where they are now.”

Kouame, for his part, seconded the statement.

Now the 25-year-old’s “best season” is over and done with, he can finally turn his attention to completely rehabilitating his injured knee. 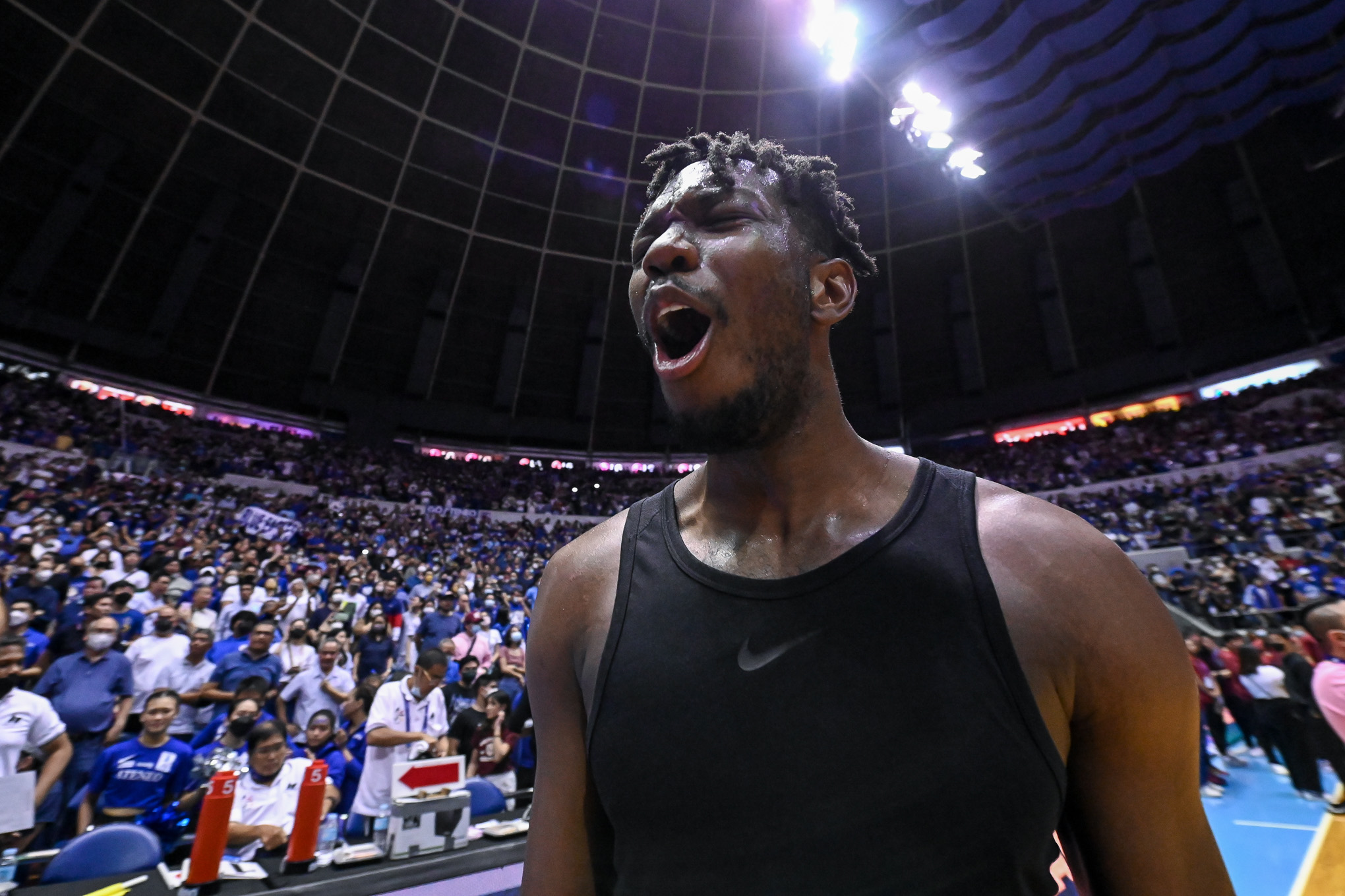 “Surgery. I’m getting surgery, and the rest, I’ll leave it to God because only God has the answer,” he answered when asked what was next for him.

Wherever his road leads him to, Ange Kouame will be as confident and capable as he has ever been, coming off the “best season” in his collegiate career. He’s a three-time champion, one-time Season MVP, one-time Finals MVP.