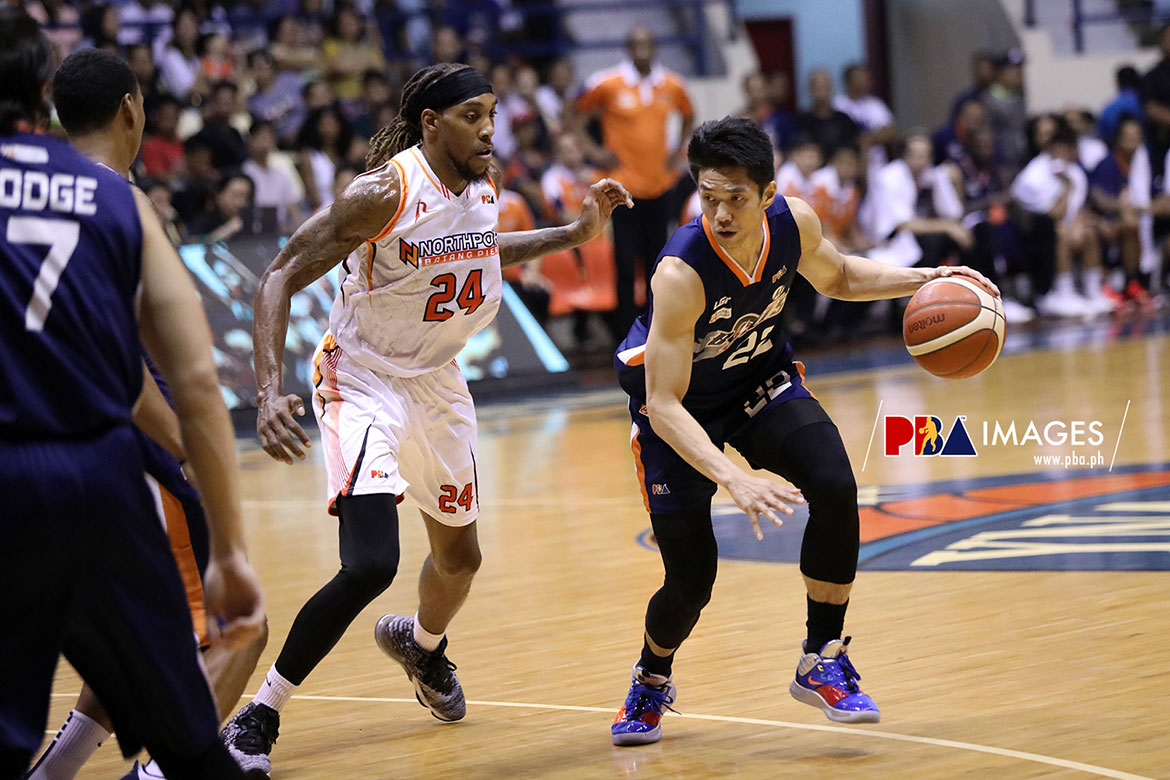 Allein Maliksi did not see action in Meralco’s final elimination round game of the 2019 PBA Governors’ Cup versus Rain or Shine on Sunday evening, thanks to a sprained shoulder.

The 6-foot-4 gunslinger said that he sustained the injury during the Bolts’ 103-89 victory over NorthPort last November 10, when he collided with Batang Pier forward Kevin Ferrer.

Maliksi was on the sidelines with the Orangemen when it went head-to-head with the Elasto Painters. He could only watch helplessly as his team absorbed a narrow 83-81 defeat.

The loss had little impact on Meralco, though, as it already has a twice-to-beat edge for the quarterfinals.

Maliksi has no idea yet when will he come back. But since the quarters is expected to commence later this week, the 30-year-old hopes that he can recover during the time in between.

READ  Joshua Smith not in the mood to assess Game Five -- except for refs
Related Topics:2019 PBA Governors CupAllein MaliksiMeralco BoltsPBA Season 44
Up Next