For the first time in the 10 editions of the Chooks-to-Go/UAAP-NCAA Press Corps Collegiate Basketball Awards, a student-athlete from the women’s basketball division was honored.

And who better to receive the award than Afril Bernardino.

In the last four years, the 5-foot-8 guard has been the gold standard in the UAAP.

During her three-year stay at the National University, she was crowned as the Most Valuable Player thrice. In addition, she almost made history during Season 79, as she almost notched an ultra-rare quadruple-double twice. Then in Season 80, she helped give the Lady Bulldogs the first-ever 3×3 basketball crown in the UAAP.

To cap her stellar collegiate career, the 22-year-old was awarded the Award of Excellence during the 2018 Chooks-to-Go/UAAP-NCAA Press Corps Collegiate Awards last Thursday.

But now that her collegiate career is over, Bernardino shifts her focus to being a full-time player with Perlas Pilipinas. Perlas have no international tournament lined up for the year, however. 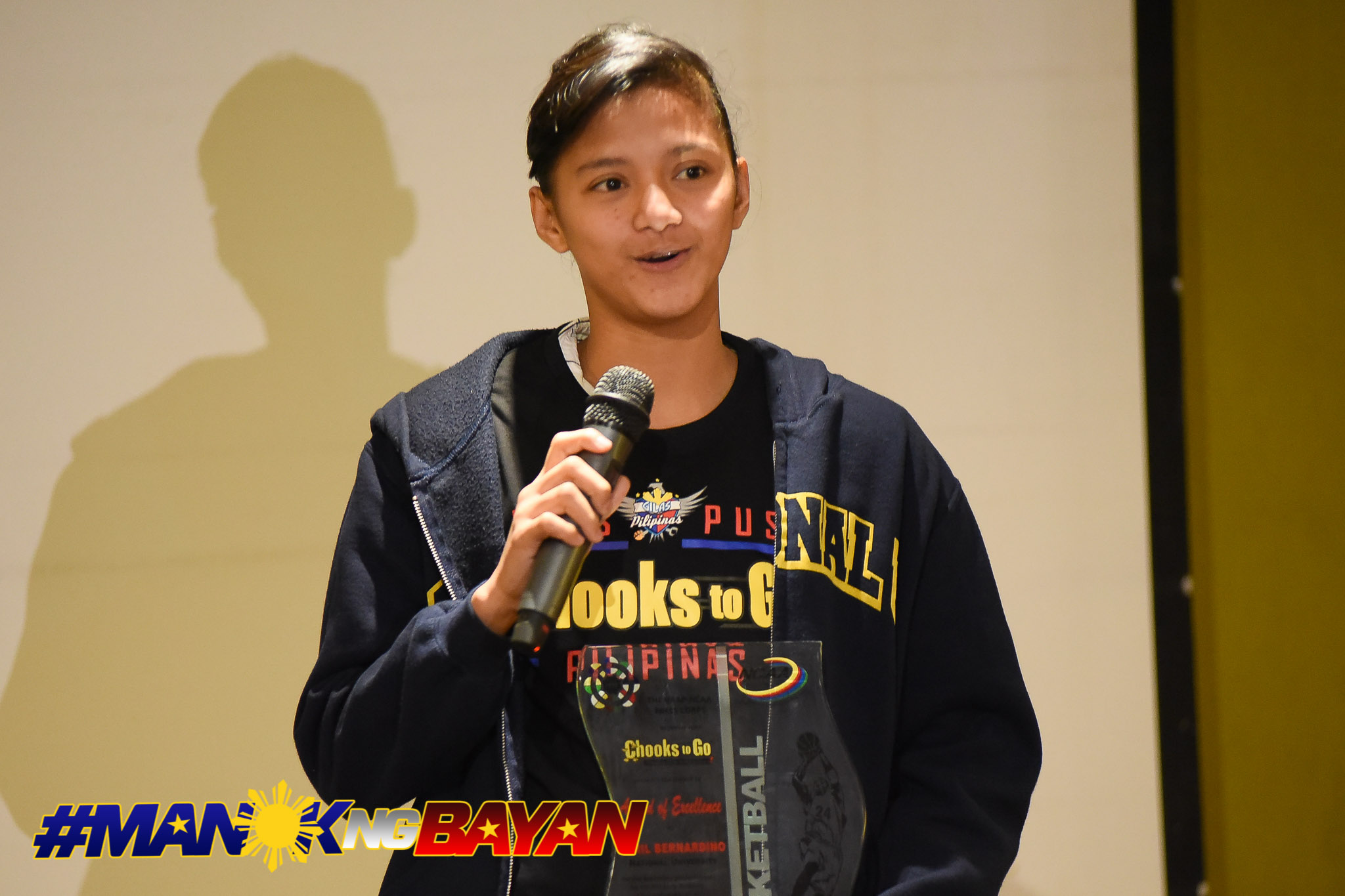 Given this predicament, Bernardino is keeping in shape by focusing on her conditioning and stamina before Perlas resume their practices this August.