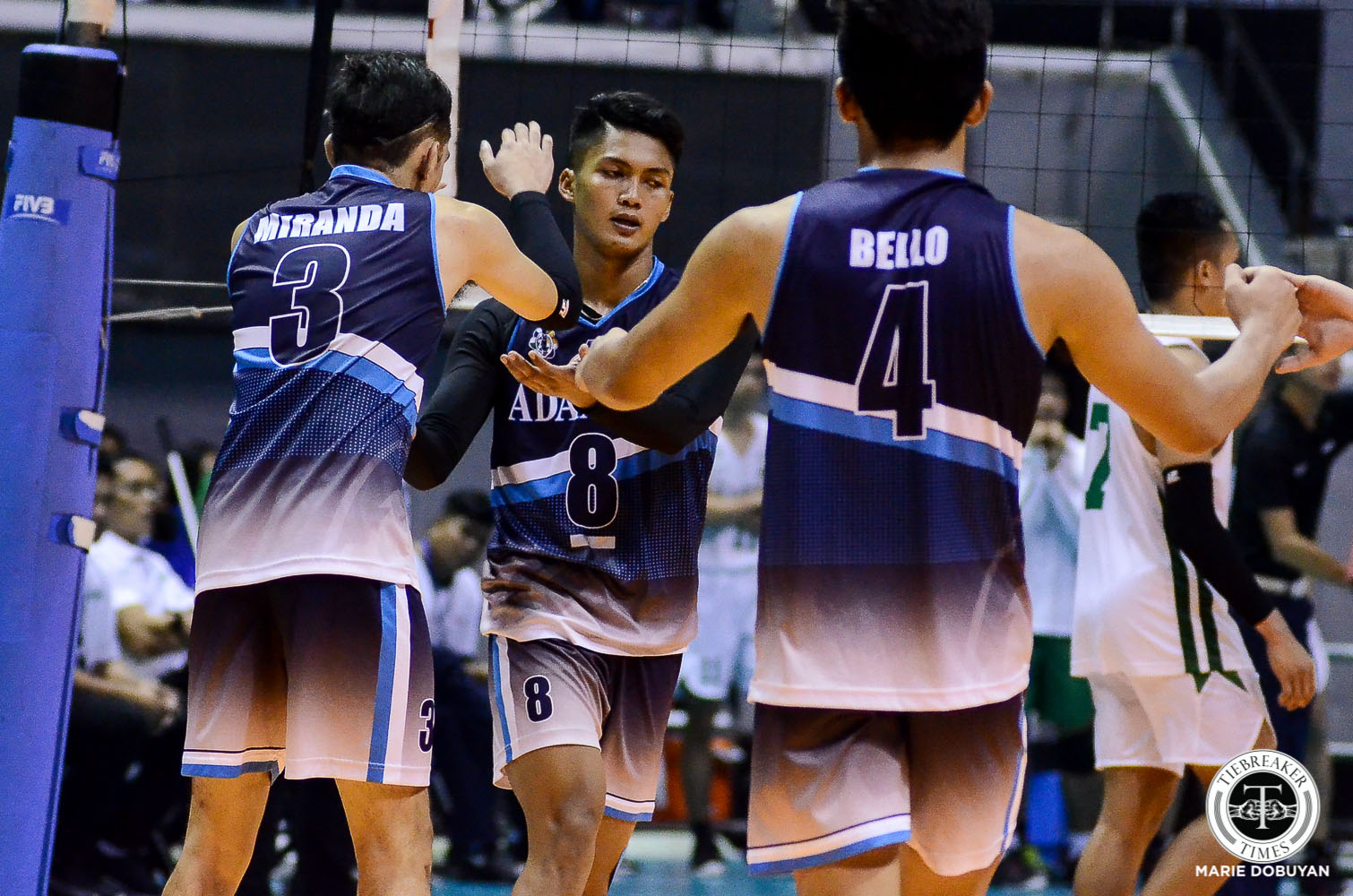 Needing each victory to keep pace with Ateneo, the Adamson University Soaring Falcons stayed in contention for a twice-to-beat incentive in the UAAP Season 81 Men’s Volleyball Final Four after dashing the De La Salle University Green Spikers, 25-14, 23-25, 25-19, 25-19, at the Smart Araneta Coliseum.

Adamson collected their ninth win in 13 matches, tied at third with Ateneo and two games behind FEU (9-2) for the second seed.

Graduating skipper Pao Pablico is hoping for the best in regards to grabbing the two seed, but he knows it’s out of his team’s hands.