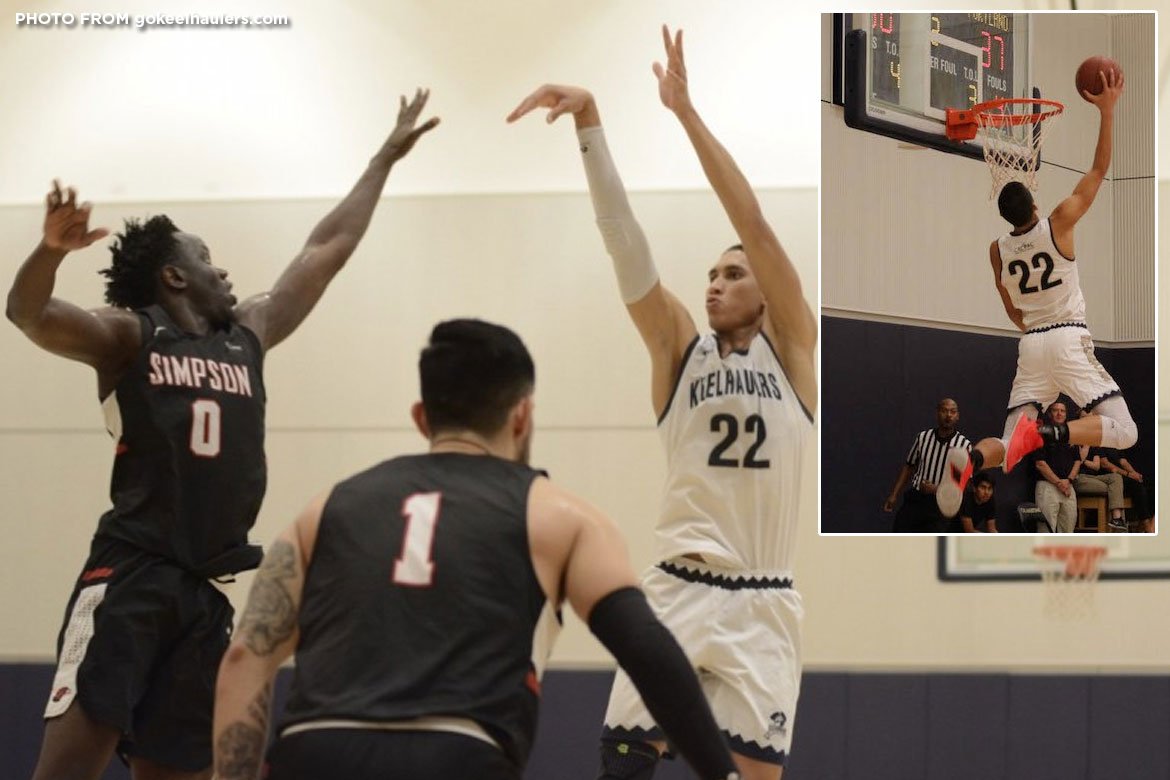 One of the brightest Fil-Am prospects today might be headed for the UAAP.

Zavier Lucero of Cal State Maritime Academy has received interest from at least four universities, according to sources closely monitoring the situation.

This, after the group Fil-Am Nation held a two-day scrimmage from California to an audience of team coaches, officials, and managers through Zoom last week.

“UP is very, very interested in him,” added one of the sources, who spoke under the conditions of anonymity.

Lucero, who is just 22 years old, is said to be a catch to whoever lands him.

In his three-year stay with the Keelhaulers, the lanky and athletic forward averaged 15.0 points on 49.3-percent shooting and 8.3 rebounds. During the 2019-20 season alone, he normed team-highs 19.4 markers and 10.2 boards per contest.

During his junior year, he was part of NAIA Division II’s All-American Team to add to his many personal feats — including three All-Cal Pac Conference First Team selections and a Freshman of the Year Award in 2018.

“But he needs to find that consistency from downtown.”

If he decides to play here, Lucero can either sit out one year or be a “two-and-through” student-athlete.

The native of Vallejo, California has five subjects left in Cal Maritime before he can obtain a degree in International Business and Logistic. If he does so by December, he will be immediately eligible for the UAAP Season 83 tournament next year because of the “Troy Rike” rule.