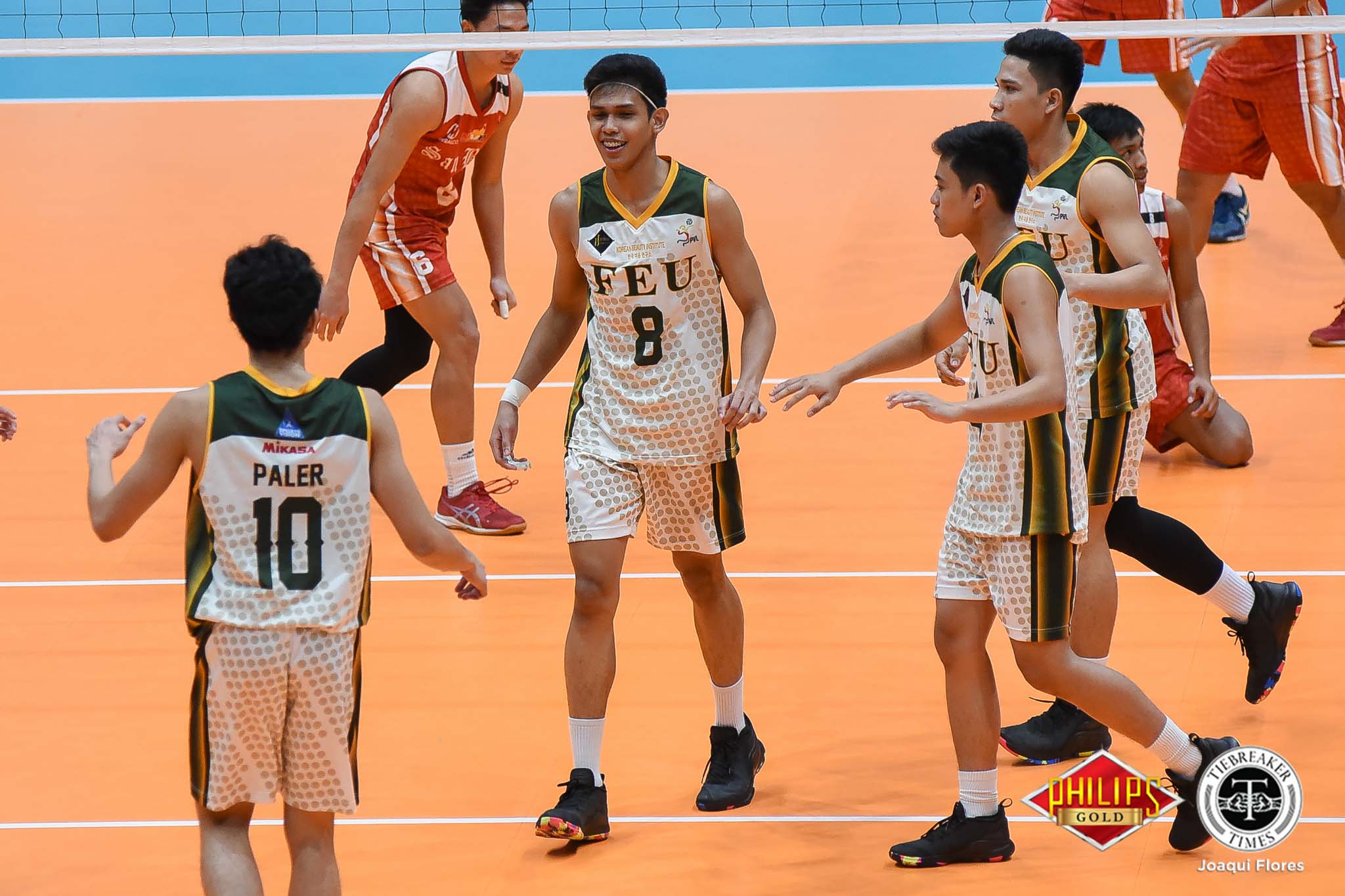 The Far Eastern University Tamaraws upped the ante when it mattered and resuscitated their bid for the next round, taking down the San Beda University Red Spikers, 25-18, 25-18, 23-25, 25-18, Saturday afternoon at the FilOil Flying V Centre.

The Morayta-based side dominated all the scoring skills to secure the comprehensive victory with former captain JP Bugaoan leading the charge at 20 point on 14 attacks, five blocks, and an ace. Current skipper RJ Paler added 13 markers.

After rousing wins in the first two frames and leading 16-10 at the third, head coach Rey Diaz fielded in his bench players. Errors, however, piled up for the Tamaraws, giving the opponents some measure of confidence which the latter capitalized and stole the said frame.

Diaz, nonetheless, had no regrets on sticking with his young wards. “Breaks of the game rin. Yung players ko mostly bata, so natutunan naman nila kung paano kumapit,” he shared.

However, when his usual starting six entered the fourth set, it was order restored for the UAAP powerhouse.

San Beda (2-5), which was led by Jomaru Amagan’s 10-point production, will battle the National University Bulldogs (6-1) later that day at 2pm.