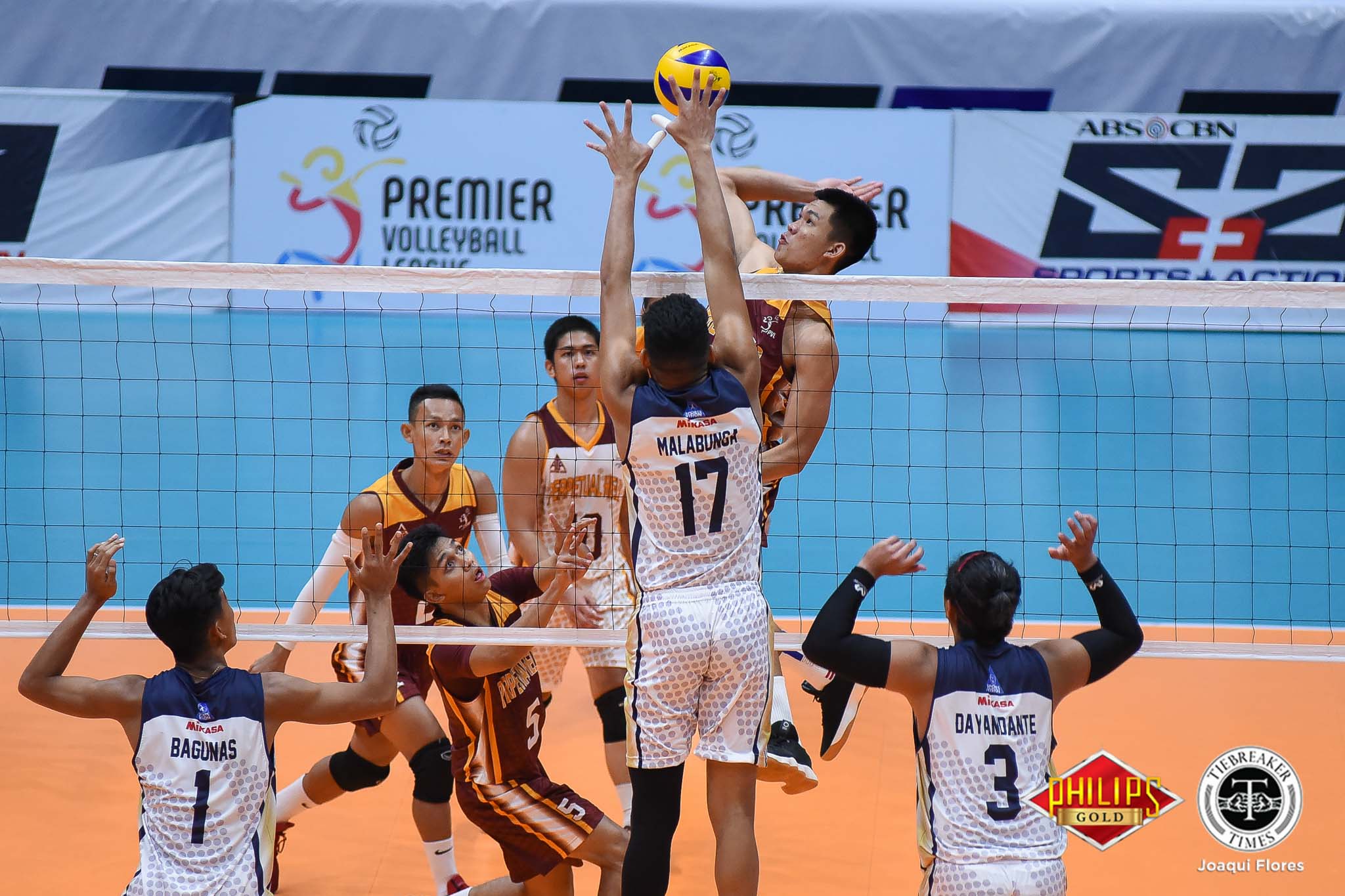 With the Green Spikers missing seniors Wayne Marco and captain Cris Dumago, the squad had to deal with errant passing, which the Altas capitalized on, especially in that first set.

La Salle tightened up their defense in the second, but there was no denying the Las Piñas-based side their win after the latter adjusted well in their connections and scored mostly from the service line.

The excellent service game from Perpetual, coupled with the green-shirts’ receptions woes, was the main factor in the end. Team captain Patrick Ramos and Ron Rosales paced the Altas in this department with three each.

Rosales finished the match with 13 markers, as Ramos and NCAA Season 93 Rookie Most Valuable Player Joebert Almodiel both added 12 points.

The Altas (3-5) will attempt to close their conference with another win as they face the San Beda Red Spikers (2-5) on August 25 at 1pm. The Green Spikers (2-6) will close their own stint when they battle the Arellano University Chiefs (0-8) earlier that day at 9am.