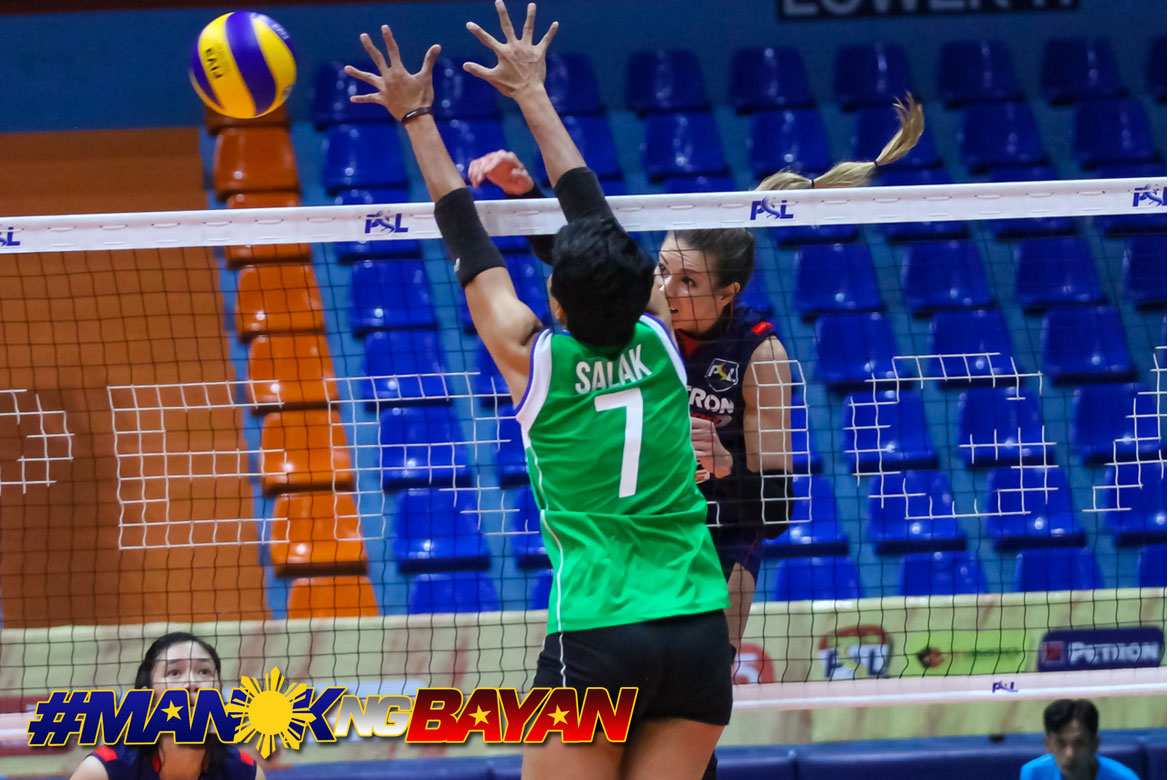 Taking on a rejuvenated foe, the Petron Blaze Spikers leaned on ace Lindsay Stalzer to outlast the Cocolife Asset Managers, 25-14, 23-25, 15-25, 25-14, 15-13, to end their 2018 Chooks to Go-Philippine Superliga Grand Prix second round campaign at the FilOil Flying V Centre.

The Asset Managers banked on Drpa and other Serbian reinforcement Sara Klisura to bury the Blaze Spikers in a 2-1 sets lead. After rushing out to a quick 16-10 lead in the fourth set, the Blaze Spikers quickly forced a decider.

Leading 10-8, Petron ran out of timeouts as Klisura and Drpa poked holes in their defense and pushed Cocolife to a 10-12 cushion. From there, Stalzer took over, puncturing Cocolife’s defense twice in a 3-0 Petron run. Klisura fired a cross-court bomb for the equalizer, 13-all, to set up Stalzer’s last stand.

The former PSL Most Valuable Player gutted out back-to-back long rallies in which Klisura tried to match her fire. Stalzer, however, came away with the win, highlighting her late run with an off-speed jab to end the match.

“Cocolife really forced us to adjust. We made a lot of errors, but it was great that we were able to adjust when we needed to most,” said Stalzer who finished with 22 points.

Hillary Hurley added 15 markers for the Blaze Spikers, who finished the elimination phase on top of their group at 9-1.

Klisura managed 23 points, while Drpa debuted with a 20-point outburst for the Asset Managers.

Cocolife finished second in their group with a 6-4 slate.